Welcome to the most powerful production hot hatch to come from France; the 2019 Renault Megane RS Trophy. It extends on the recently-introduced 2018 Megane RS. 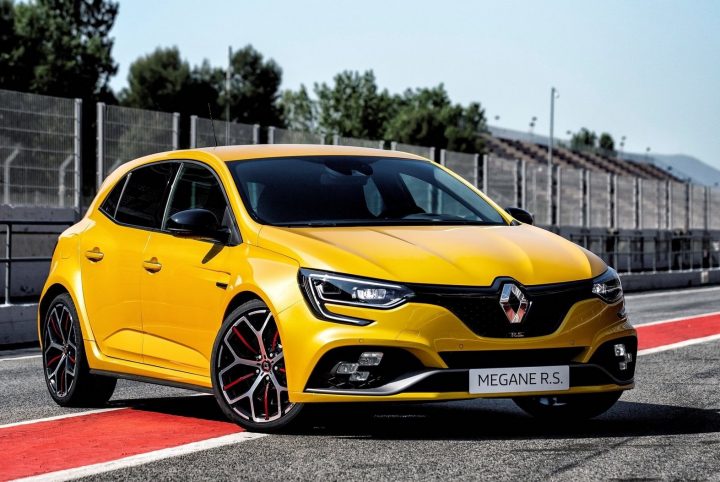 This is set to be an awesome little driver’s car. Renault says it has applied its latest developments in chassis and suspension systems for the new model, including advanced 4CONTROL four-wheel steering for the first time. Also a first, Renault is offering the choice of either a six-speed manual or new dual-clutch automatic (EDC).

As standard, the 2019 Renault Megane RS Trophy comes with the Cup chassis. This is the most hardcore chassis setup Renault offers, equipped with dampers that are 25% firmer and springs that are 30% stiffer. There’s also a Torsen limited-slip differential for the front-wheel drive system.

So, being the most powerful production road car Renault has ever made, what on Earth is under the bonnet? It’s a 1.8-litre turbo four-cylinder. Despite most rivals going for a 2.0L capacity, Renault Sport has extracted an impressive 220kW and up to 420Nm (manual has 400Nm) from this smaller unit. As far as we know, it’s the most powerful production engine for its capacity class. 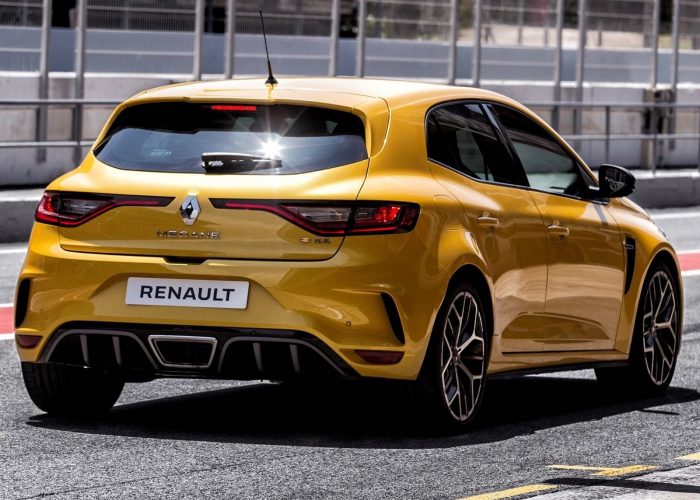 Also helping with performance, Renault Sport has implemented a new ceramic ball bearing turbine, which is lighter, harder and smoother than the old steel ball bearing setup, helping to reduce friction and thus turbo-lag. There’s also a new exhaust system with a mechanical valve for the rear silencer. The valve allows drivers to adjust the volume of the crackling exhaust note.

Other mechanical highlights are the 19-inch ‘Jerez’ alloy wheels or optional 19-inch ‘Fuji’ wheels that save 2kg per wheel, wrapped up in 245/35 Bridgestone Potenza S0001 tyres or S0007 tyres, respectively. Renault has also fit 355mm front discs made from bi-material which help to reduce unsprung mass by 1.8kg. These are clamped by Brembo calipers, painted in red.

For the occupants, there’s a set of Recaro bucket seats in soft yet grippy Alcantara, featuring hard shells and integrated headrests for a proper racer look and feel. The rest of the interior is pretty much as practical and user-friendly as the regular Megane, with good legroom front and rear and enough headroom. Decent boot space also makes it the ideal car for a weekend escape.

Renault Australia has confirmed in a recent statement that the 2019 Renault Megane RS Trophy is scheduled to go on sale here in the second half of 2019. Prices and local specs are expected to be announced closer to launch. 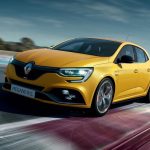 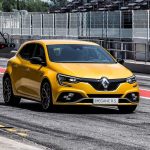 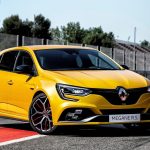 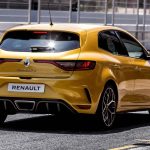 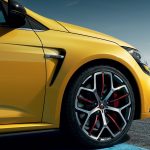 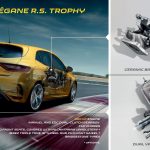 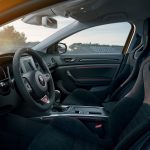 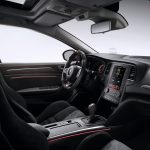