The 2019 Renault Megane RS Cup 280 has arrived and it’s put all of the modern hot hatches on notice. While it might not be the most powerful, it’s got enough in just about all of the measurable areas to punch on with the best of them. 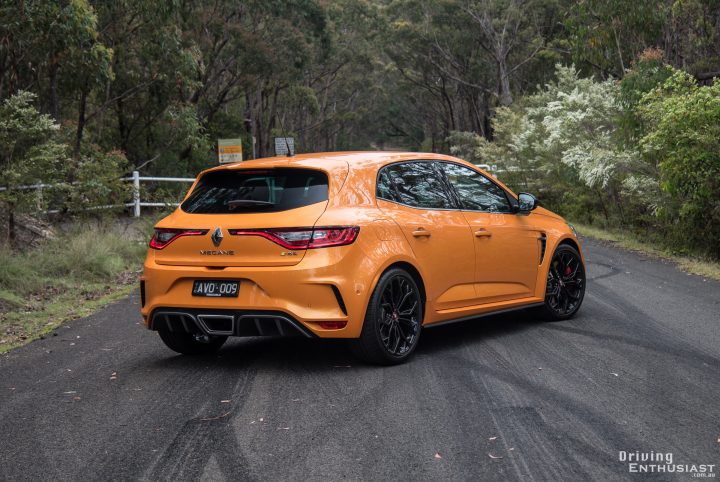 The 2019 Renault Megane RS Cup has somewhat gone against tradition and changed from a two-door to a four-door. Why? Probably to open it up to a hoard of new buyers to give the performance model a new lease on life, much like Renault did with the latest generation Clio RS.

The engine has been reduced to 1.8 litres in capacity, down from 2.0 litres, but it remains turbocharged and very lively, punching out 205kW and 390Nm. Renault states that this is the most powerful 1.8-litre in its class – we have no reason to doubt them.

Arguably Renault’s most sportiest model, the Megane RS has a lot going for it. This new model dons the pride of being the first model in its segment to employ ‘4Control’ four-wheel steering. The system can steer the rear wheels by up to 2.7 degrees in the opposite direction to the front wheels at speeds up to 60km/h, or 100km/h if you select Race mode. After the speed threshold is surpassed the rear wheels will follow the front in a parallel manner, helping the Megane behave more stable at speed.

How much does it cost? Prices start from $44,990, with auto adding a further $2500. There’s no Trophy model as yet, but you can option up to the Cup, which adds $1490. Other non-free upgrades include a Bose sound system for $500, a panoramic sunroof for $1990, and $880 or $600 for metallic paint, depending on what hue you go for (Tonic Orange in this test car’s case is $880). If cloth isn’t your thing, you can also upgrade to Alcantara trim for an additional $1190. A fully-optioned Cup model spells out a somewhat-near mid-$50k price tag once you add on-roads. Ouch. 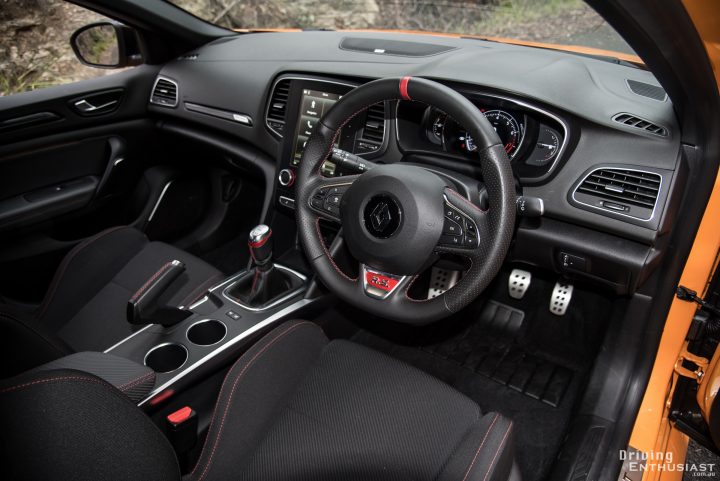 In terms of safety, the RS model has not yet been tested by ANCAP, however, the hatch, wagon, and sedan models in the regular Megane range scored a five-star rating by the lovely people at EuroNCAP. Standard safety equipment includes front, side and curtain airbags, front and rear parking sensors, reverse camera, lane departure warning, active cruise control, blind-spot monitoring, and AEB, just to name a few.

The interior is a nice place to be, with an 8.7-inch multimedia screen right in the centre of the dash. It comes with a fancy performance data mode where you can view acceleration, current wheel angle, and braking. But we’re meant to have our eyes on the road, right? The system also comes with Apple CarPlay and Android Auto, as well as GPS navigation. 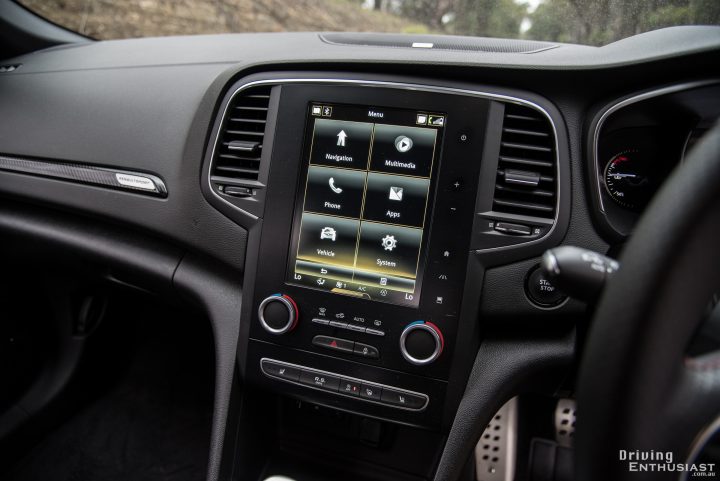 Fuel consumption isn’t the Megane’s strong point. While it’s not terrible, if you so as even desire the Race mode button you’ll be conned into pushing the throttle more for more sound purposes, and the added punch thanks to the increase in engine liveliness. This translates into around 11L/100km. And while not too bad for a fast hatch, there are more frugal models out there that have just as much poke.

One thing we’ll call this hatch out on would be the electronic noise plumbed through the speakers in Race mode. Not one passenger who came for a ride approved of the noise. After a while you get used to it. But also after a while you remind yourself that it’s fake and you begin to dislike it all over again. It’s a love hate cycle. 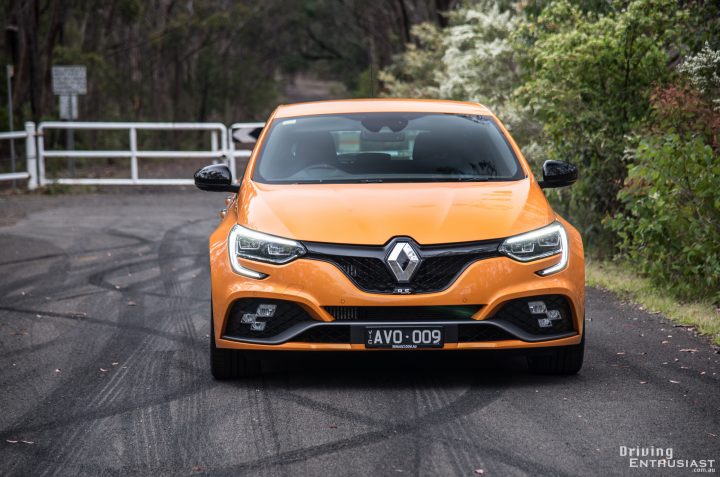 Let’s start off by giving it away right off the bat. This is a very fun car to drive. Sure, it’s got some ergonomic quirks, but would it be French if it didn’t? The sports seats are some of the most comfortable we’ve sat in. But it’s the gear throw that’s weird, and the way some of the controls awkwardly fall into your hands. Nothing comes as natural as you would like. But that’s just us being fussy.

It’s a funky, fat-looking hatch with its pumped up wheel arches and aggressive front and rear styling. It’s got some real cafe racer appeal – as you’ll see in the video below. The model tested here has the Cup pack which dictates that it comes with a six-speed manual (no auto option in Cup trim), as well as a Torsen limited-slip differential up front, uprated suspension, special lighter Brembo brakes, and (sexier) black wheels.

The Megane is complacent to drive at medium-to-warm speed and can be placed within a 50c coin of where you need it to be if you want to turn up the heat. The steering is sublime, and may even be the best feature of the car. The engine picks up speed from low in the revs and goes on to pull hard all the way through the mid-range and onto a fairly decent top end. I mention in the video review (again, see below) that there’s really not a lot happening up top after 5500-6000rpm, and that it’s better to ride that strong torque curve and upshift early if you’re an eager driver. 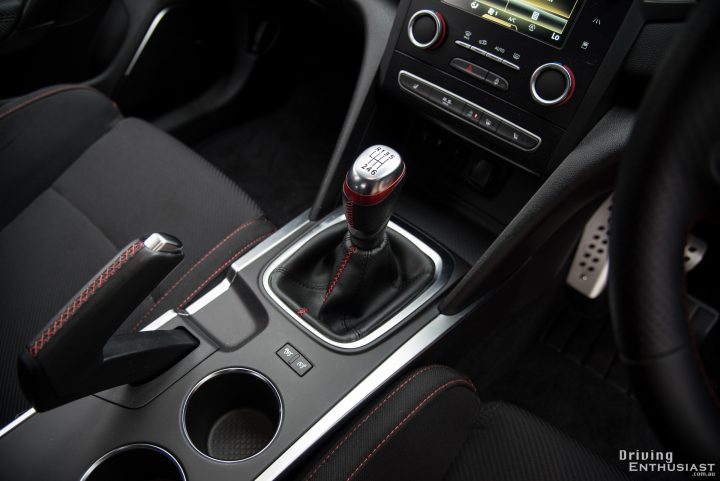 Because this is the first hot hatch that features four-wheel steering, this reviewer found it a bit hard to get used to when driving near the limit. After a while you get more confident and really pitch the car into corners, especially when in race mode and under 100km/h. There’s a certain swaying feeling that can be off-putting, but you get to trust it and you end up appreciating the ‘longer-wheelbase feel’ it provides. There is a sense, though, that things do become a little nervous when you’re pushing up near that 90-95 per cent mark. It could’ve been the roads we were on, but there’s something that makes it feel a bit nervous when near the limit (if you’ve driven a Megane RS Cup 280 leave us a comment below of what you think).

The brakes. Oh the brakes. So good. So powerful. We spent most of our time hauling the little French hatch up and down through a valley, and not once did the brakes whinge or complain. Same goes for the engine. Even after repeated full throttle applications (like, lots of them, over and over), the motor continued to pull strong in the summer heat. It’s got a power curve that’s addictive. And depending on which mode you have it in, either Comfort, Normal, Sport, or Race, the car will behave accordingly in every way. Speaking of Race mode, the best 0-100km/h time we could get was 5.72 seconds. 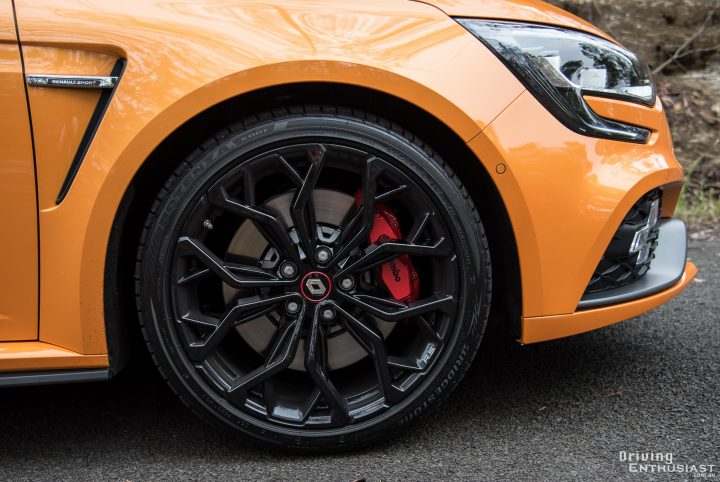 This is a hard one. This reviewer has the opinion of if you have your heart set on the Renault Megane RS Cup 280, you’ll prob buy it no matter what’s written above. That said, you could do dumber things than choosing this over its competitors. This is a really cool car that gives you a smile every time you hop in. Just about the only thing you won’t smile about is the stupid key that looks like a swollen credit card. Less is more, people.

The Civic Type R comes to mind as the most brutal of the hot hatch scene right now, and the i30 N is right up there for being good at just about everything. The i30 N is probably a better daily than the Megane RS, mainly for its comfort and ergonomics. And the way it sounds. The Megane however feels a bit more radical and raw (albeit without the better-sounding powertrain) when you’re upping the ante. 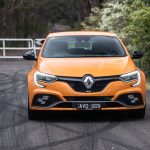 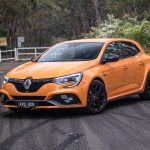 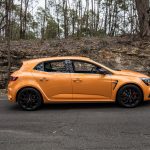 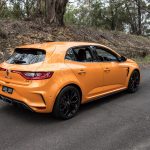 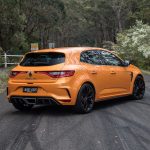 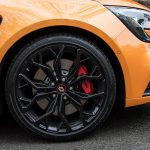 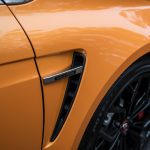 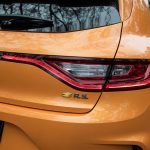 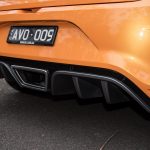 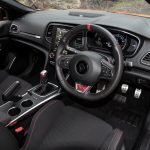 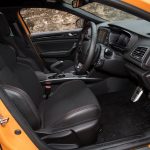 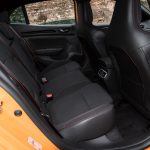 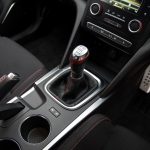 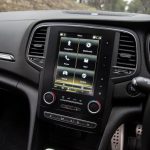 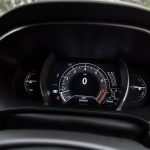 If you have your heart set on a Megane R.S., go for it. Don’t let us talk you out of it. Do option up for the Cup extras, though, because that front diff is a traction beast.