The all-new, all-massive BMW X7 is making its Australian debut in various showrooms around the country, and we’ve just found out what the starting prices are set to be.

Despite its mammoth size, and the fact it’s basically a 7 Series SUV, prices are set to start at around AU$127,000, according to our sources. Our informant, who prefers not to be named, told us the X7 will end up being a more affordable choice than an equivalent X5 optioned with seven seats. This is partly because the X5 with the 7-seat option requires other options, such as air suspension, adding around $7500 to the starting price. 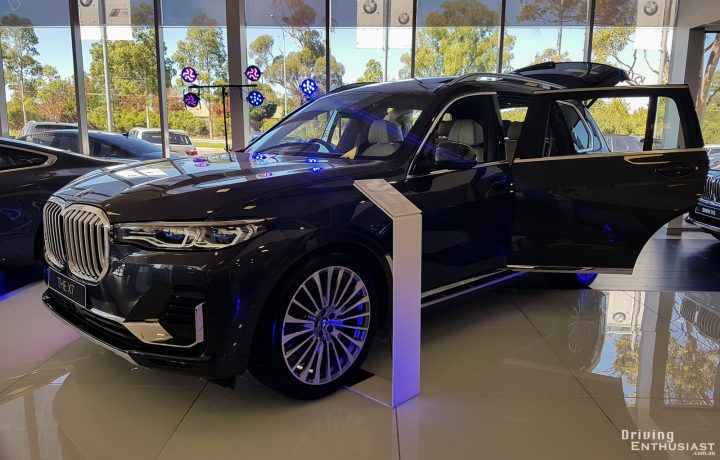 The approximate starting price for the X7 should attract a decent amount of buyers, especially with 7-seater SUVs being as popular as they are in Australia. However, despite its family appeal, the X7 is primarily designed as an uber-luxury model just like the 7 Series, and is expected to be sold to plenty of company executives and their drivers.

As far as we know, the X7 range in Australia will kick off with the 30d. It comes with a 3.0-litre turbo-diesel inline six engine that generates 195kW and 620Nm. BMW claims a 0-100km/h time of just 7.0 seconds, which is pretty quick for such a massive vehicle. 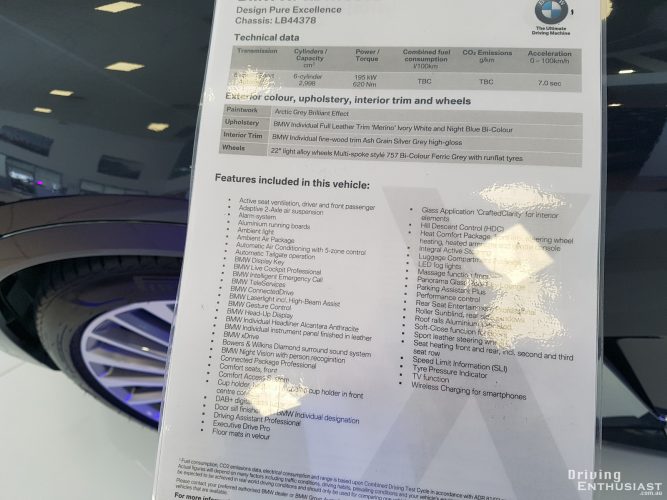 At the top of the range will be the M50d (unless an ‘X7 M’ comes along further down the track). The M50d comes with a 3.0-litre quad-turbo inline six that generates a gut-twisting 294kW and 760Nm. It does 0-100km/h in a claimed 5.4 seconds. An xDrive40i developing 250kW and 450Nm, and an xDrive50i twin-turbo V8 producing 340kW and 650Nm will also be offered. Although, it’s unconfirmed if all four versions will be available in Australia.

It’ll come with some awesome luxuries and technologies, in either case. Fully adjustable air suspension is set to come as standard, allowing drivers to lower and raise the platform. This will be of particular interest to chauffeur drivers, making it easier for their guests to get in and out. 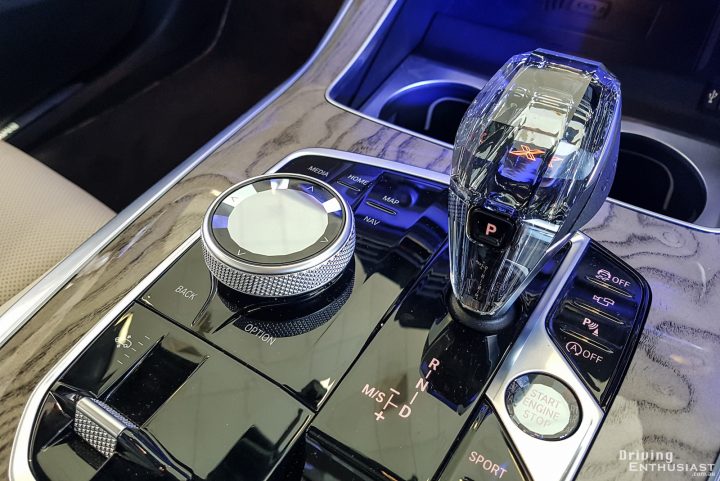 Other features include glass garnishes for the iDrive selector and gear shifter, by CraftedClarity, as well as five-zone climate control (yep, five zones), BMW’s crisp new Laserlight headlights, and a Bowers & Wilkins Diamond surround sound system. Oh, and for that ultimate bling, a set of 22-inch alloy wheels.

Given that at least one example is being showcased around the country at select dealers, we’re guessing the official on-sale date should come up very soon. Official specifications and final standard features are expected to be announced soon. We’ll keep you updated. 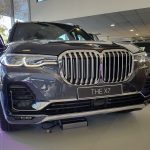 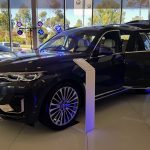 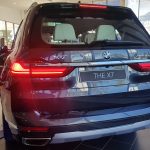 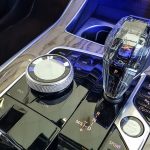 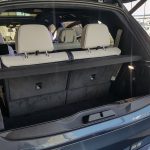 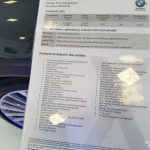