Porsche’s upcoming four-door electric sedan derived from the Mission E concept, the Taycan, has been spied testing in camouflage more than 12 months ahead of its production debut. 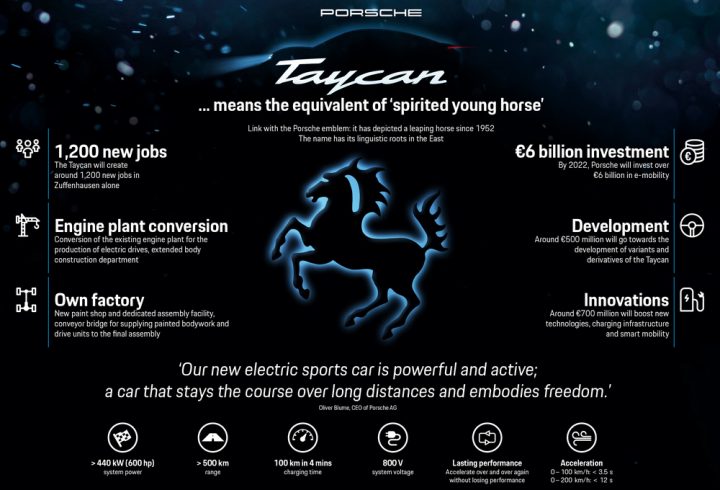 Given the long lead time before production, prototypes are still heavily shrouded in black camouflage as we can see by these images from an InsideEVs report. But we can still infer plenty of differences from the 2015 Mission E concept (pictured at bottom of story). For one, the rear-hinged doors have been swapped for more production-friendly and conventional units. While the silhouette remains true to concept, the test car has to be built in a factory and accommodate actual human beings, so the higher decklid and roofline are necessary.

Earlier this year, Porsche confirmed the Taycan name for its first production EV, which will be a direct rival to the Tesla Model S. According to the German sports car brand, the name means “lively young horse”. Righto. It does give it family recognition to the Macan, Cayman, and Cayenne, however. 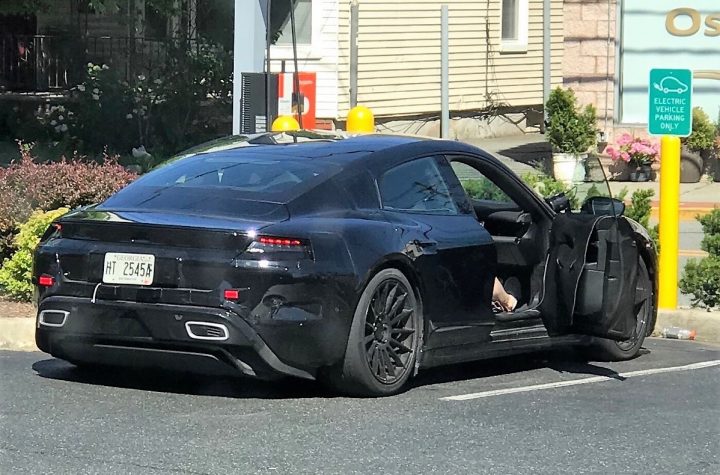 It will be built in its own bespoke section of Porsche’s headquarters in Stuttgart thanks to a broader €6 million investment in e-mobility. This will create 1200 new jobs. One major bragging right which was heavily crowed about by Porsche in 2015 was the ability to reach 80 per cent charge in just 15 minutes, which is set to provide 402km (200 miles) of range. When fully charged, 300 miles or 482km of real-world range is promised. The 800 volt battery system will feed electric motors, unleashing over 440kW, with 0-100km/h promised in under 3.5 seconds.

Earlier this year Porsche unveiled the Mission E Cross Turismo, which hints at a crossover version of the Taycan. With the popularity of SUVs and crossovers bursting at the seams, it would be reasonable to expect a production version to enter the showroom further down the track. Nothing has been confirmed as yet. 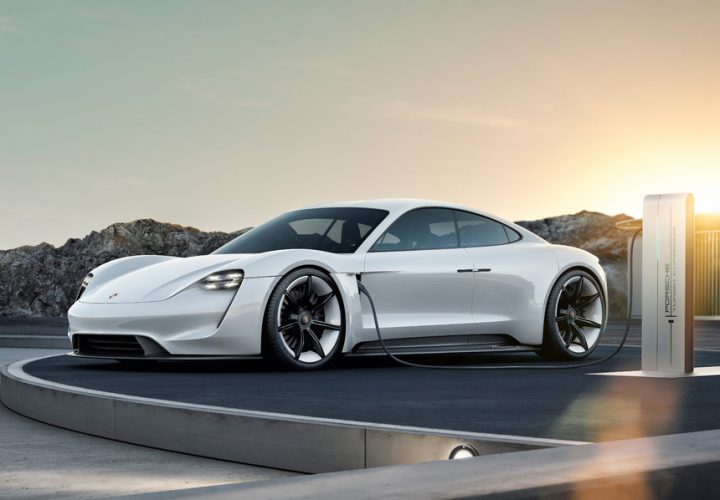