Sports car fans are eagerly awaiting the arrival of the all-new A90 Toyota Supra. And to tempt fans even more, the company put on a special presentation at the 2018 Goodwood Festival of Speed this week.

Toyota showed off a pre-production prototype during the hill climb segment, giving fans a first look at the new model before it arrives on the market early next year. Although it was in prototype form, you can clearly hear the engine singing its song. 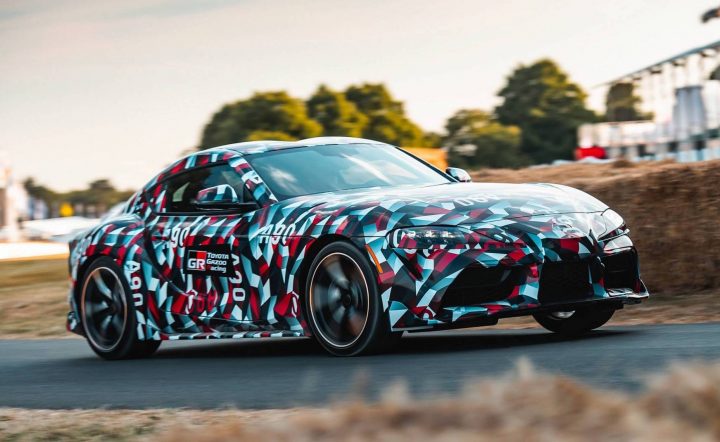 BMW and Toyota teamed up to develop a new sports car platform, with BMW using it for its upcoming Z4, and Toyota adopting it for the Supra. In this deal, it’s understood Toyota will borrow BMW’s fantastic 3.0-litre turbocharged inline six engine. Power will apparently be somewhere around the 250kW/500Nm mark.

In the video below it definitely sounds like the BMW inline six, barking and growling in traditional tone. It sounds quite loud, too, which will be great for the Supra as the nameplate already has a huge following with driving fans and tuners.

Toyota is also set to offer a watered-down model that could potentially come with BMW’s 2.0-litre turbo four-cylinder. The unit in question is available in various tunes in BMW models, including 140kW in the case of most ‘20i’ models, and around 185kW in current ‘30i’ models. 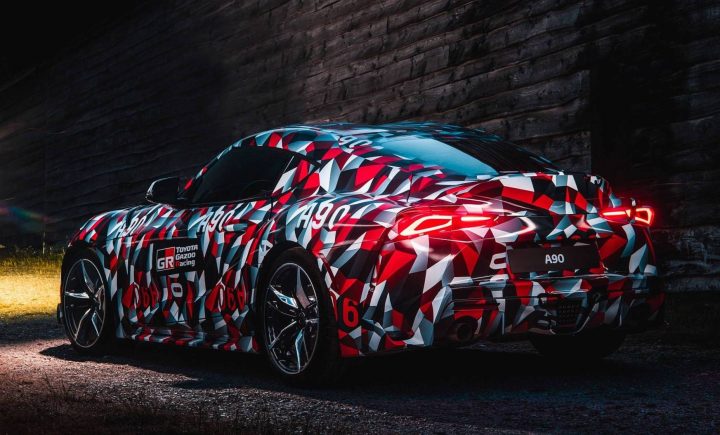 It’s too early to know for sure if Toyota will offer a manual transmission. According to reports it’ll come with an eight-speed automatic only, while the BMW Z4 counterpart will get a manual option. Neither company has confirmed anything just yet.

By the looks of the prototype in the video, the new Supra will be presented in an instantly recognisable coupe design. At the front is a traditionally pointy nose with big intakes lower down, and around at the back there’s a diffuser to help extract airflow from beneath the car, with a neat lip spoiler integrated into the boot lid.

It’s believed the A90 Toyota Supra will be unveiled in full some time later this year, with the BMW Z4 set to debut during the third quarter. Both will go on sale by early next year.