It’s back! This is the all-new 2020 Toyota Supra, formerly known as the GR Supra (Gazoo Racing). If you thought Toyota only makes boring cars, think again. This stunning new beast is anything but boring. 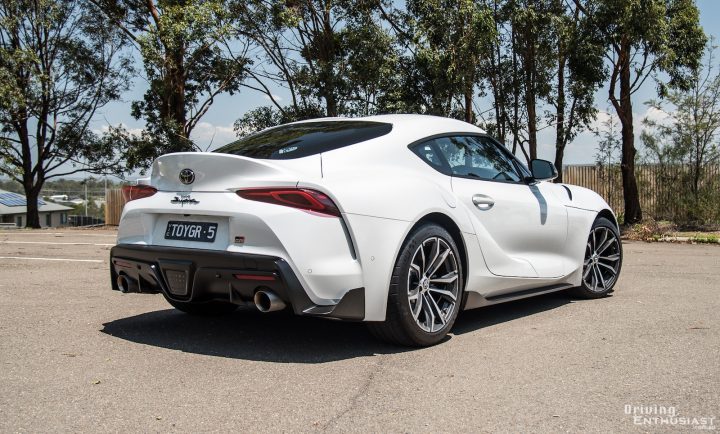 It’s essentially a high-end two-door sports coupe, just like the previous four generations of this iconic and legendary Japanese nameplate. As you may have heard, the project was undertaken as a two-party deal with BMW. BMW wanted to develop its new Z4 roadster, while Toyota wanted to recreate the Supra. So, to save development costs the two signed into a partnership to share it all. Well, not share everything.

The GR Supra is sold through Toyota as a genuine Toyota product, and requires servicing at Toyota and is covered by Toyota’s five-year/unlimited kilometre warranty. Likewise, the BMW Z4 is a BMW and sold through BMW and all of that, and comes with BMW’s three-year/100,000km warranty. However, underneath the skin of both cars you’ll find BMW’s latest CLAR platform, as well as BMW’s B58 3.0-litre turbo straight-six engine (for the six-cylinder models anyway) – in Australia the Supra is only available with this straight-six but overseas there is a 2.0T coming (the Z4 is also available with a 2.0T).

The eight-speed auto is from BMW (based on a ZF unit), and most of the media interface including the iDrive hand controller is BMW. What’s Toyota, then? The digital instrument cluster, most of the interior design – including the fixtures, seats and materials – the driver assist technologies, and all of the exterior design and bodywork and wheels (sharing the same Michelin Pilot Super Sport tyres [255/40, 275/40] as the Z4 M40i). Both the Toyota and BMW are manufactured at the Magna Steyr factory in Graz, Austria. 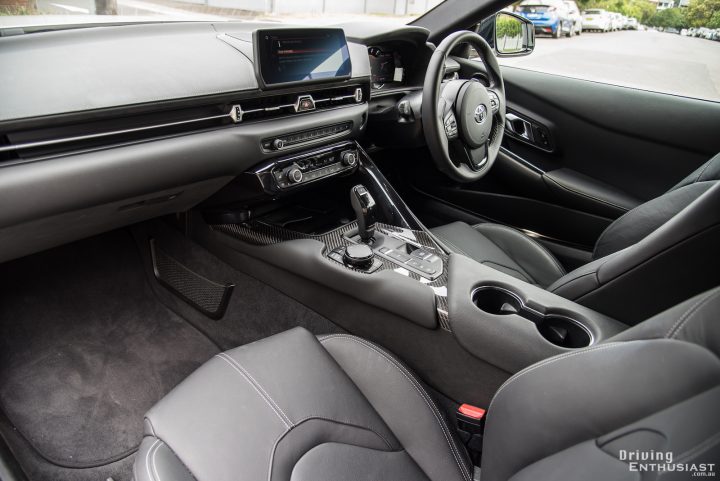 There are two versions in Australia. There’s the base GT and the flagship GTS. They’re pretty much the same aside from 19-inch wheels for the GTS instead of the 18s on the GT, and the GTS gets a 12-speaker JBL sound system over the standard (although still premium) 10-speaker setup. The GTS also comes with head-up display as standard. What else do you get? Since we’re testing the GT variant here we’ll quickly going over the main stuff that you need to know.

All of the media and on-board settings are accessed through the standard 8.8-inch digital screen on the dash, which is controlled by a series of buttons and a rotary knob that looks very much like BMW’s iDrive. We’re not complaining, as we love the latest iDrive system. The menus are easy to navigate and there are plenty of settings you can play around with and configure.

Boot space is tight, measuring in at just 290L, and there isn’t much storage around inside the two-seat cabin. There is a wireless charging pad that has its own lateral support beams for when you’re pulling high Gs in the corners, and there are a couple of cup holders. You won’t find a centre storage box under that arm rest, and the door pockets are almost non-existent.

Unfortunately, it doesn’t appear as though the right-hand drive versions are fully converted. The centre console and lower dash fascia are clearly skewed towards the passenger side. But fortunately it doesn’t matter too much because you’ll want to concentrate on the driving anyway, as this car is a big slice of driving perfection. 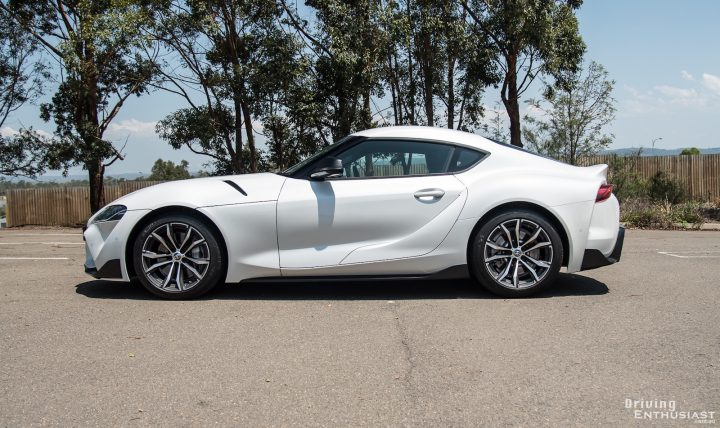 This engine is utterly fantastic. It sounds so, so good. And it produces the perfect amount of power and torque. We clocked 0-100km/h in just 4.2 seconds, which is awesomely fast for this type of car. You might be disappointed that Toyota hasn’t revived the 2JZ with the Supra name, but don’t worry. If there was ever an engine out there in the modern world that could live up to the fabled 2JZ, it’s gotta be a BMW straight-six.

The torque is really impressive, pulling strongly from such low revs, and then that classic six-cylinder sing takes over in the top end. And like a match made in heaven, the eight-speed auto is right on the money. It keeps up with everything you’re doing and it’s like it has been best mates with this engine for decades (it actually has, in various forms). They know how to get the most out of each other. 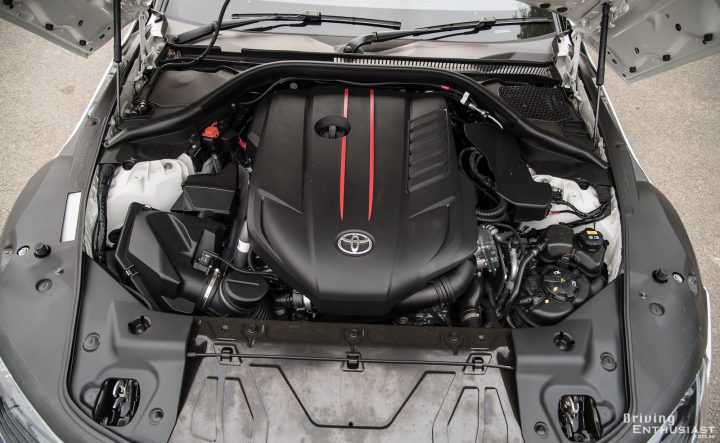 We’d simply love to call this the best production drift car money can buy at the moment. We honestly think it is. During drifting the car is just so controllable and accurate, holding a slide for as long as the tyres last. Even when it is sliding, the amount of control and predictability that remains is unbelievable. We don’t think there is a car on the market right now that does it better.

However, we’re not happy with just leaving it at that. Because the Supra also performs really well when you want it to hook up and grip. Take the racing line, point the nose in, feed in the power, and ride that mountain of torque away to the next corner. It does all of this so beautifully and it can be very delicate and precise if you want it to be.

The suspension behaves on most road surfaces, so you can go for a blast on the weekend, but it’s tight enough to do extremely well on a track day too. We also find the brakes work very well under pressure, providing good fade resistance and pedal feel, even after constant hard driving.

We love this car. It is a driving enthusiasts’ nirvana. A place that takes you away from the stresses of everyday life. A sanctuary, if you like, that allows you to express your wildest driving dreams. Okay, you get the point. 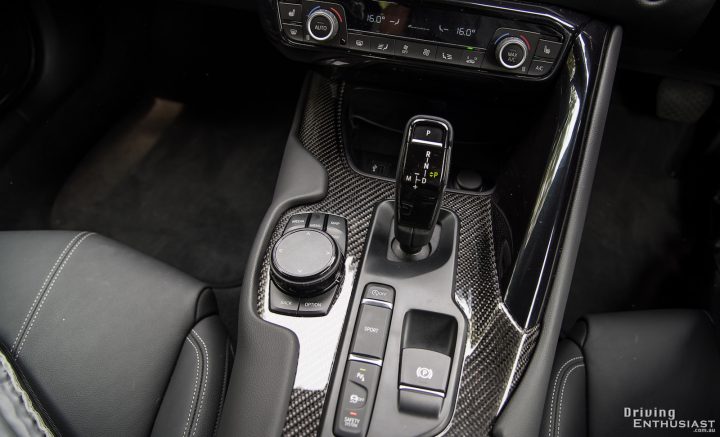 Yes. Definitely. If you’re a driving enthusiasts, you will utterly adore this car. It steers, stops, sounds, and goes exactly how we/you would envision a modern-day Supra. Yes, it does have a lot of BMW parts, the boot is pretty small and there isn’t much storage inside, and there are some left-hand drive tendencies within the cabin layout. But in reality, you won’t care. It’s the drive experience that does it. You’ll instantly fall in love. We have.

Prices for the GR Supra start from $84,900 for the GT and from $94,900 for the GTS (before on-road costs). Check Google Maps to find your nearest Toyota dealer. Now. 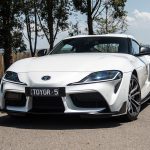 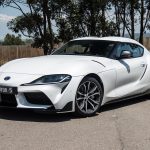 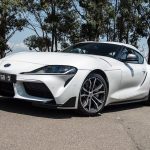 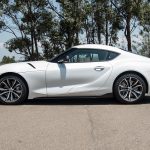 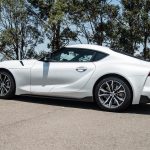 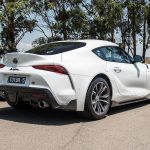 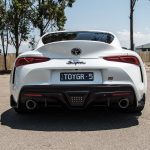 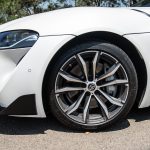 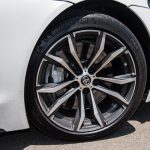 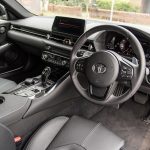 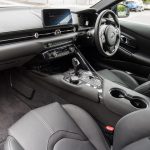 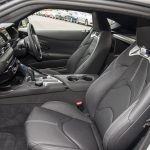 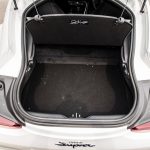 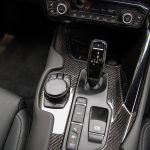 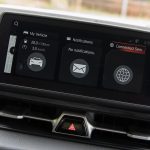 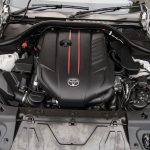 Recreating a legend is always a difficult task. But we think Toyota has proven it can be done. Despite not coming with a ‘2JZ’ and featuring many BMW components, the fact of the matter is the end product is perfectly in line with the Supra’s mantra. It sounds gorgeous, looks imposing, and it’s very, very fast. And if anything, the handling prowess here is perhaps further ahead of any Supra during their respective time period. We also think this new model helps put Toyota back on the map as being a carmaker that knows how to get enthusiastic and build cars purely for fans.