Toyota’s reborn Supra, known as the 2019 A90 Toyota Supra, will debut in prototype form at the Goodwood Festival of Speed later this week. It will sprint up the famous hill climb. 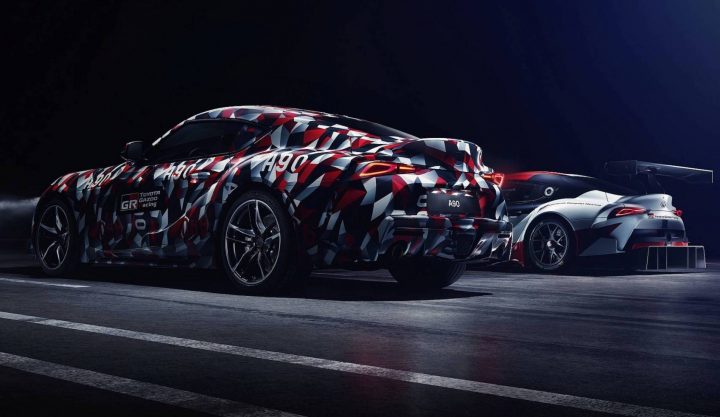 A statement from Toyota includes the first official confirmation that an inline six-cylinder engine will indeed be utilised, which is one of the industry’s worst-kept secrets anyhow. The vice president of Toyota’s local sales and marketing arm, Sean Hanley, expressed a strong desire to get the Austrian-built Supra here, also revealing that it was not locked in at this stage:

“The Supra nameplate commands enormous respect and there has been huge public interest in the development of the new model so we would like to see it on Australian roads. It’s a car that truly demonstrates Toyota’s commitment to building and selling cars that really stir the emotions and deliver superb driving excitement.”

The first irresistible bite came from this year’s Geneva Motor Show in March, in the form of the GR Supra Racing Concept, in full competition mode with the livery of Toyota’s performance arm, GAZOO Racing. It was followed last week by the announcement that the Supra will inform the appearance of Toyota’s NASCAR entry in the United States.

Supra previously had an unbroken history from 1978-2002. Initially, it had commonality with the rear-wheel drive Celica, but with an inline-six cylinder engine instead of a four. The first two generations shared common bodies but with from 1986, a divergence occurred with the Celica switching to a front-drive platform, while Supra became more of a high-end sports car rivalling the Mazda RX-7 and Porsche 944.

It’s the fourth-generation model that won over the most fans, however, with its timeless looks and supercar-bruising performance. The ‘2JZ’ 3.0-litre inline six engine has a reputation for bulletproof tuneability – an aspect many hope has remained with the new-generation around the corner. The new model is set to be powered by BMW’s B58 3.0-litre turbo inline six.

We look forward to bringing you more later this week. The Goodwood event starts on July 12. Fingers crossed Toyota unveils some juicy specs on the car. 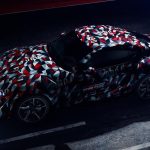 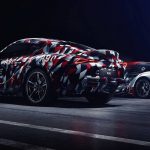