Volkswagen is dead serious about an electric future, and to prove it, it is taking on Pikes Peak in the aptly-named Volkswagen I.D. R Pikes Peak racer. 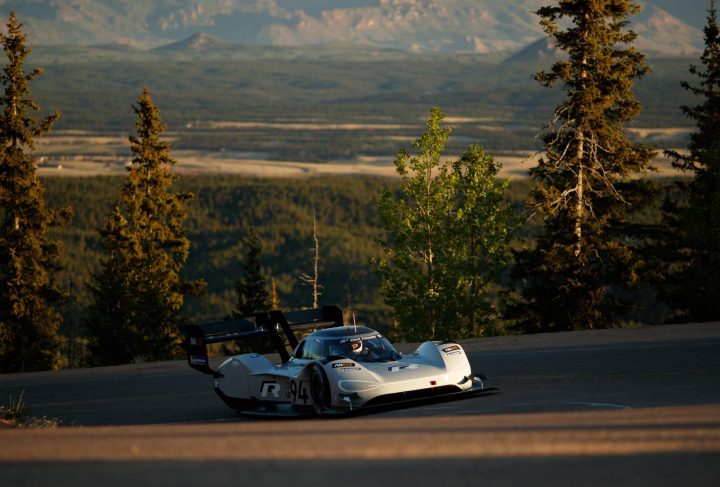 The I.D. R Pikes Peak is part of Volkswagen’s I.D. concept range, which signifies a full commitment to electrification following the fallout from the dieselgate scandal. Other members include the I.D., which is a Golf-sized hatchback, the I.D. Buzz, which is a revival of the classic Kombi van that is due in 2022, and the I.D. Vizzion, a flagship electric luxury sedan. There’s also the I.D Crozz, a crossover variant.

Unlike those cars, the Pikes Peak is not destined for production, but bears a family resemblance to its brethren via a common LED headlight shape and illuminated spear with VW badge. It, like the others, relies on a fully electric powertrain for propulsion.

Previously, it was only presented with its bare carbon fibre shell, but now sports full livery, two weeks ahead of its mighty test. It will be piloted by Romain Dumas at this year’s big event, with the aim of beating the 8:57.118 time of Rhys Millen in an electric prototype, and possibly even rally legend Sebastien Loeb’s record of 8:13.878 set in a Peugeot 208 T16. Dumas said:

“The I.D. R Pikes Peak is the best car I have even driven up this mountain. However, everything must come together perfectly in the race, as we only have one attempt. If anything goes wrong, it is game over. If we get a puncture, I cannot simply come into the pits, change the tyre, and then head back out onto the track.” 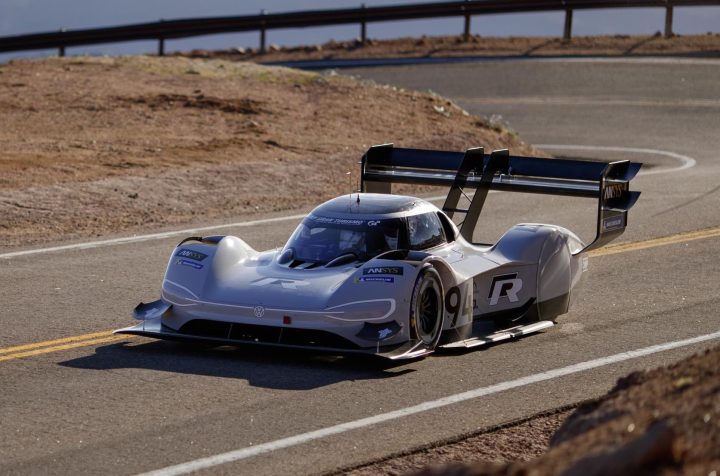 The racer has the potential to clock some kind of record, as its electric system produces an immense 500kW. This is sent to two motors, one for each axle, creating all-wheel drive. Energy is stored in two lithium-ion battery packs located behind the cockpit.

Pikes Peak 2018 takes place on June 24, in Colorado, USA. The hill climb is regarded as one of the most punishing events on the motorsport calendar, comprising of a 4.2km ‘race to the clouds’. Check out the early videos below to see the I.D. R in action.