Plenty of awesome sports cars are on the new car market at the moment, including high-end stuff and more affordable but still very fun options. Not sure what to go for? Here’s our top 10 best driver’s cars list, for models currently on sale in Australia.

For this list we’ve tried to include a wide variety of vehicles and not just typical two-door sports cars and supercars. For most of us, we not only want an enjoyable car, but it also has to be practical and liveable in day-to-day conditions.

There are plenty of other excellent driver’s cars on the market too, so keep in mind we had to draw the line somewhere. Feel free to give us your thoughts in the comments section below. 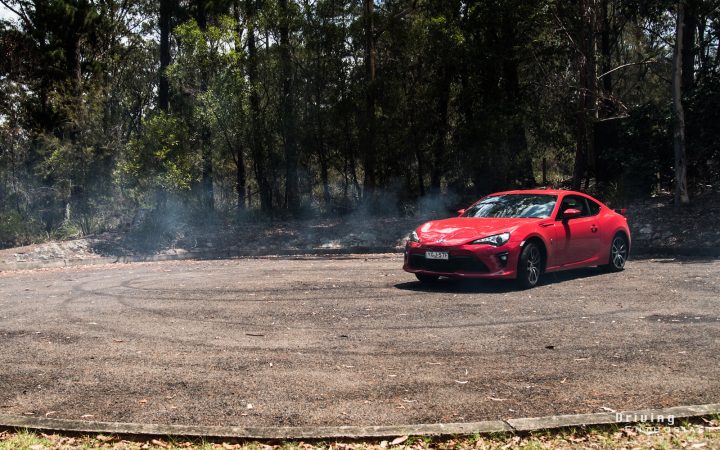 Toyota 86 / Subaru BRZ
We can’t compile a top 10 best driver’s car list without mentioning the Toyota 86. It debuted back in 2012, and, at the time, there was so much hype around the car (including the Subaru BRZ which shares the exact same platform, body, and powertrain). The best thing about it though is that it was one of those rare cars that actually lived up to the hype. This is an outstanding driver’s car. It doesn’t matter whether you’re a learner driver or a full-on race pro, you’ll enjoy pushing the 86 to your or its limits. It’s playful, very well priced, and, most importantly, rear-wheel drive with a standard limited-slip diff. You can also get it with a six-speed manual. This will go down as one of the true classics of this era. 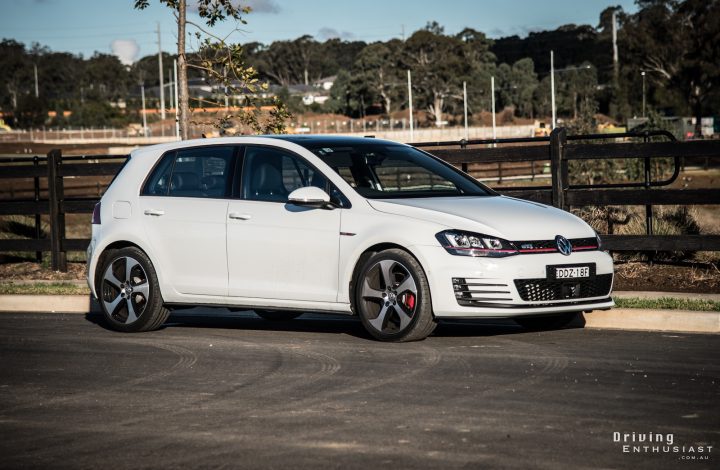 Volkswagen Golf GTI
You see them everywhere and yes they look pretty boring, really. But it’s not until you drive one – like, really drive one – that you begin to understand it more and appreciate it to bits. The level of front-end traction walks that perfect balance of being seriously stable and convicted but also playful and exciting. With the dual-clutch auto it’s hard to find a small hatch that’s easier to drive quick from point-to-point in cross country conditions. It is a real blast. The engine sound and pops between shifts, and the power and torque it offers, and then the suspension’s ability to soak up bumps while remaining confident… it’s such a balanced vehicle. And as a bonus, it’ll happily drive you to work and back every day, returning good fuel economy and offering excellent in-cabin practicality. 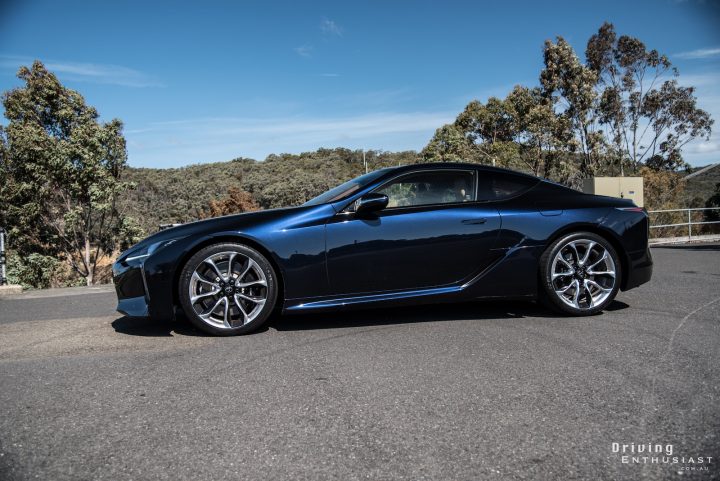 Lexus LC 500
This one surprised us all. The new LC is breathtaking to behold, especially in the metal. It looks like a concept car that’s not legal for road use. But it is legal and it is brilliant to drive. The steering and handling are so smooth that it just glides around corners. Yet, if you push the awesome-sounding 351kW 5.0-litre naturally aspirated V8 to its 7000rpm-plus redline, it’ll be your best friend and do everything you want it to. Grip levels are astounding for a vehicle of this style, and stability and pure control and confidence makes it feel like it could handle another 351kW. This a master stroke by Lexus. Please build more vehicles like it. 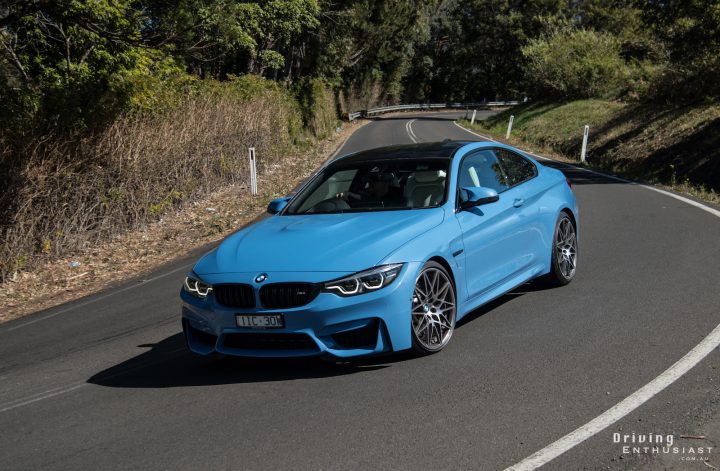 BMW M3/M4
It’s a vehicle that’s been at the top of many driving fans’ wish list for decades. BMW keeps evolving the 3 Series-based sports sedan/coupe. It just keeps getting quicker, more powerful, and more advanced. The formula for the M3 is; track car for the weekend, and luxury car for during the week. And that’s what it is today. You can flog one of these around the Nurburgring and drift all day long, revving the crapper out of the engine and it won’t complain. It’ll be happy to take you back home or out to dinner that night with absolutely no compromise. The latest model loves kicking its tail out and lighting up the rear tyres. It’s not for the fainthearted. But for those who are, what a companion to have on the road. 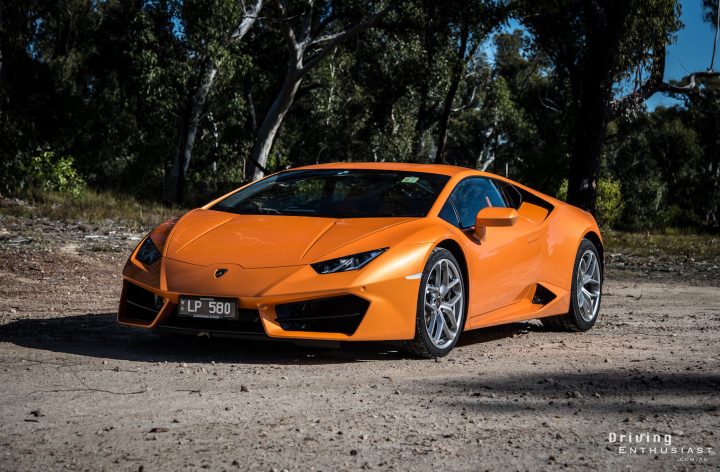 Lamborghini Huracan LP 580-2
Supercars have really changed in the last decade or so. They used to be pigs to drive in any other condition than flat-out on the highway. Nowadays, they’re comfortable, agile, and reliable. And the best of the mainstream supercar lineup in our opinion (excluding hypercars) is the Huracan. It’s offered in a rear-wheel drive variant, called the LP 580-2, which is the pick. The lighter front end (without the front differential) makes it less prone to understeer, if you’re daring enough to push it that far, and you can push the tail out for controlled drifts if the mood takes you. As a bonus the 580 is the most affordable model, starting from AU$390,000. The sound of the 5.2-litre naturally aspirated V10 is as addictive as they come. It sends instant goosebumps rippling down your spine, every time. What a glorious machine. 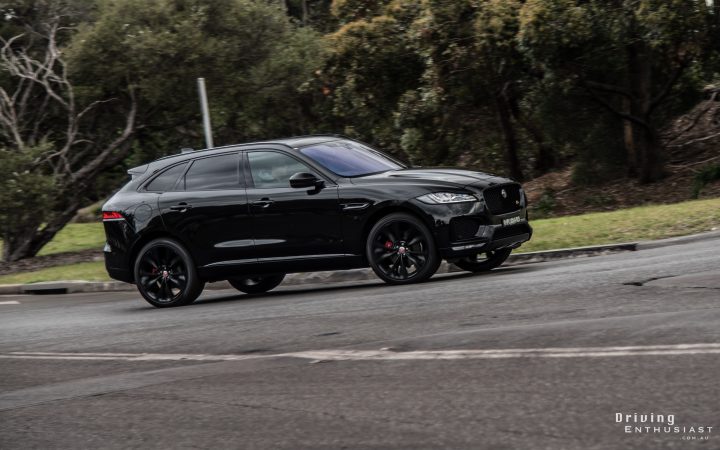 Jaguar F-Pace S
This is one for the everyday driver. Although we like the feel of the BMW X3 better – and we’re eagerly waiting for the X3 M40i to arrive – but for sheer sound, road presence, and cabin excitement it has to be the F-Pace S. It comes with a 3.0-litre supercharged V6 producing 280kW. This is the same engine that’s seen in the F-Type (a car that should also be in this list). It’s not the quickest or the most agile SUV in this class, but it is a highly entertaining vehicle to drive. And for an SUV, this is probably going to be more important than sheer lap times. 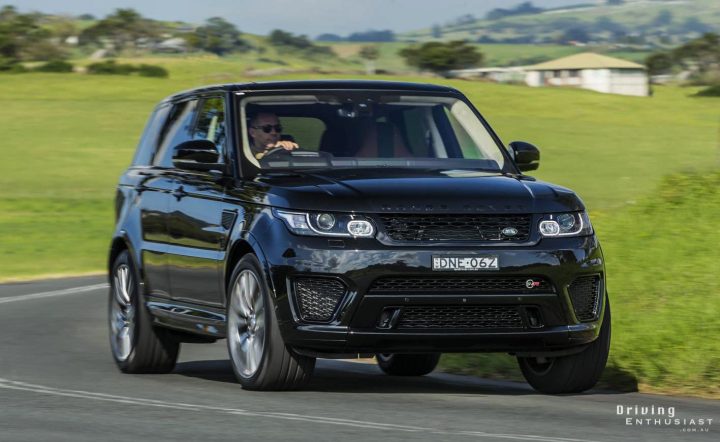 Range Rover Sport SVR
At the top of the SUV foodchain it’s the Range Rover Sport SVR. What a beast. Under the bonnet is a 5.0-litre supercharged V8 that belts out 405kW. It sounds ridiculously cool. This is amplified when you see it, as you don’t expect such a modern muscle car soundtrack to come from an SUV. It handles nicely too, thanks to its adjustable ride height suspension and multiple driving modes. And like the F-Pace above, the overall driving entertainment value is extremely high. Sure, you can go for the Porsche Cayenne Turbo S and blast from 0-100km/h in mind-bending time, but we reckon you’ll have more fun in this, even just sitting in traffic. It’s way cooler and therefor more enjoyable. 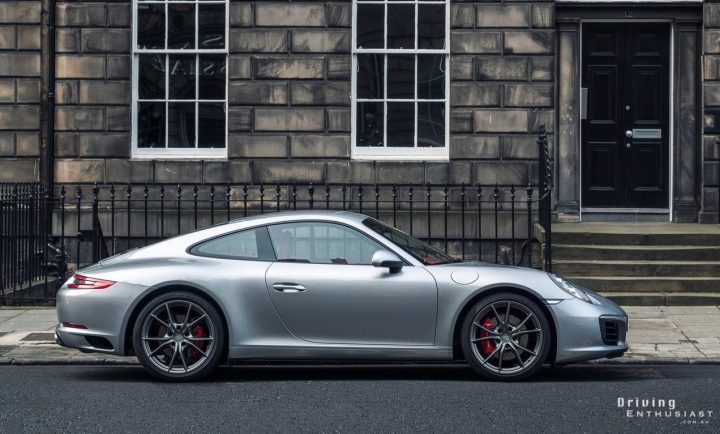 Porsche 911
The king of the sports car world. This is all about driving feel and pure driving pleasure. No other car on the market at the moment is able to offer a level of human-and-machine interaction quite like the 911. For the latest model Porsche has strapped a couple of turbochargers onto a 3.0-litre flat-six engine, even in the base model. In base spec it produces a raspy 272kW and 450Nm. You can have a seven-speed manual (yes, seven) or a quick-shifting seven-speed dual-clutch auto. Lock out your Sundays for the next few months, as this is the friend you’ll want to spend most of your time with. 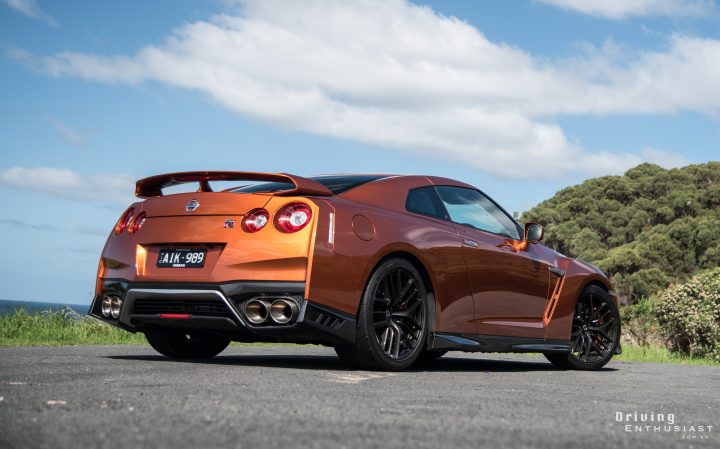 Nissan GT-R
How can we ignore the mighty Nissan GT-R? This is a machine of a road car. It has evolved over decades, much like the M3. And like the M3, it is designed to be a little bit luxurious and liveable in everyday conditions. The sheer power and acceleration can make you feel sick. And in fact, it currently holds the claim of being the quickest-accelerating production car on sale in Australia (with a combustion engine). Nissan claims 0-100km/h in 2.7 seconds, although real-world figures line up to be more like 3.1. But still, for the price, you can’t ask for much more. If you’re looking to enter the Targa Tasmania or move to the Nurburgring, this is the vehicle you need. It can be driven hard in all conditions, and it will always put a grin on your face. 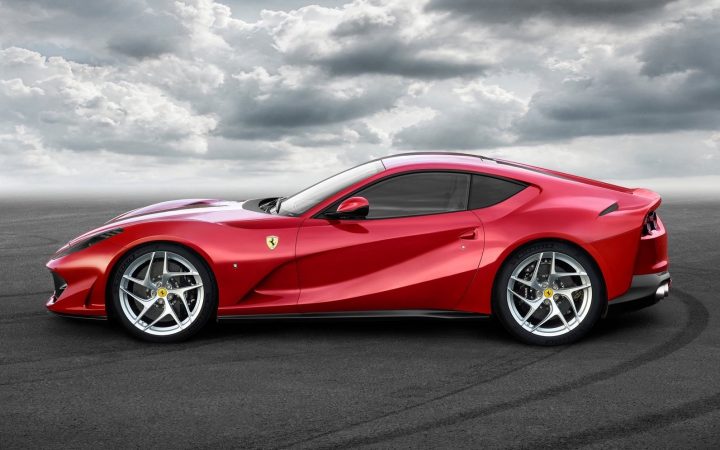 Ferrari 812 Superfast
With a name like that how can we possibly ignore the 812. This is Ferrari’s most powerful naturally aspirated, non-hybrid road car ever. Its 6.5-litre V12 produces a monstrous 588kW and 718Nm. Sent through a seven-speed dual-clutch automatic and into a rear-wheel drive system, you can imagine the handful it must be to drive (we haven’t driven one). Even so, 0-100km/h comes up in a claimed 2.9 seconds, which is unbelieveably quick for a rear-wheel drive vehicle. Priced from AU$610,000, it’s not a cheap car by any measure. Some of the options, such as some of the special paints and so on, demand an additional $60,000-plus. It’s definitely one for our dream car garage though.