Sedans are fast-being relegated in favour of SUVs. But before they go extinct altogether, we’d thought we’d take a look back at some of the best sports sedans of the post-1990s era. Here, in order of our favourites, are our top 10.

There’s been plenty of awesome sports sedans over the last couple of decades, so obviously it’s going to be hard to narrow down a top 10. For this list the main things we’re looking for are either an iconic status, class-shattering performance, or pure driving dynamics for the respective era. 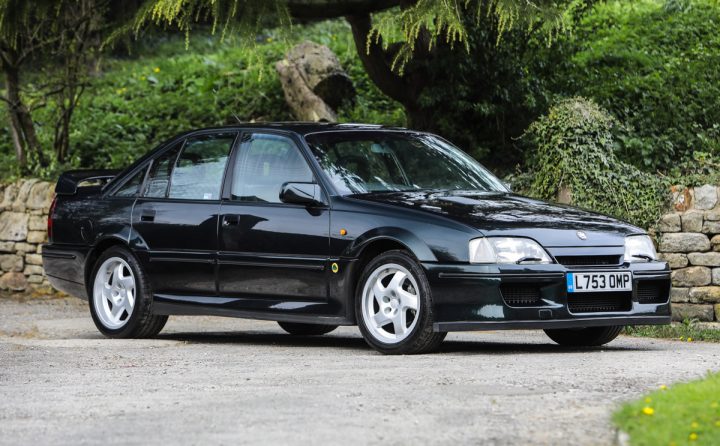 This was a surprise vehicle to car enthusiasts all around the world. GM’s Euro departments, Opel and Vauxhall, produced a large sedan called the Omega. It actually shared some of the underpinnings with our local Holden VN and VP Commodore of the day. But in Europe it was a pretty boring sedan. That was until GM decided to enlist the help of Lotus to create a mental sports sedan. So out was the standard four-cylinder and six-cylinder engines, and in was a freshly-developed 3.6-litre twin-turbo straight six.

With twin overhead cams and twin Garrett T25 turbochargers, the engine delivered 281kW and 568Nm. All of this was sent through a ZF six-speed manual transmission. The result was the second fastest production sedan in the world at the time, behind only the Alpina B10 Bi-Turbo. Acceleration from 0-100km/h was clocked in 5.1 seconds, with 0-160km/h (100mph) coming up in 11.1 seconds. Holding it flat resulted in a top speed of 283km/h, which was very fast for a sedan of its time.

Wearing a Lotus badge though, the Carlton wasn’t just about straight-line speed. The humble Omega received bespoke self-levelling suspension derived from the setup applied to the Opel Senator (not HSV Senator), with AP Racing brakes providing the stopping power. Unfortunately, the Lotus Carlton was not officially sold in Australia, but you may find an example pop up on the secondhand market every now and then. 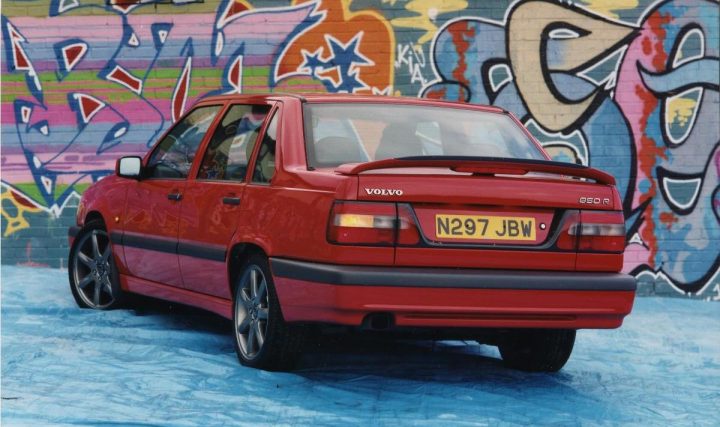 It’s the only front-wheel drive car in this list, but just because it doesn’t powerslide like a mofo doesn’t mean it isn’t a credible sports sedan. In fact, the Volvo 850R has a much stronger pedigree than you might think. Volvo launched the 850R in response to the success of the older, special edition 850 T-5R, which was developed to coincide with Volvo’s motorsport activities at the time.

In the touring car scene, the 850 was very successful. Volvo teamed up with Tom Walkinshaw Racing and produced great results in the British Touring Car Championships, finishing third for the manufacturer’s title in 1995 and 1996, with 11 race wins in the process. Over in the showroom, Volvo introduced a number of special editions to celebrate, with the 850R standing as perhaps the most extreme. It featured a 2.3-litre turbo five-cylinder engine that generated up to 186kW. That might not sound like much today but remember the HSV Clubsport of the time, with its 5.0-litre V8, generated 185kW. 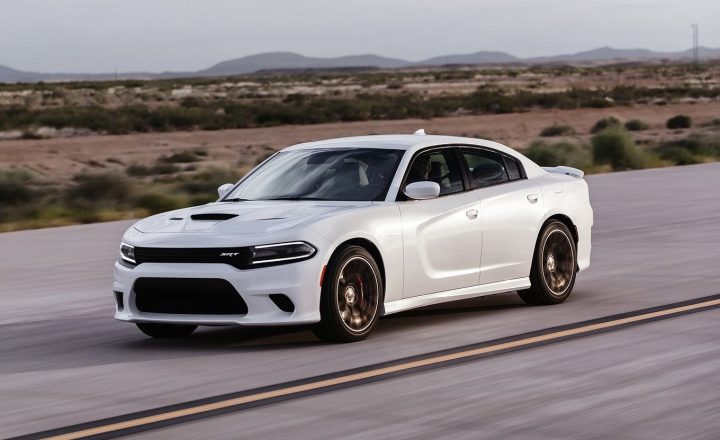 We can’t possibly ignore the frankly insane Charger SRT Hellcat for this list. It is the most powerful production sedan ever made, with its 6.2-litre supercharged V8 generating an astonishing 527kW. With this much grunt it’s no wonder it offers a quarter mile sprint time of just 11.8 seconds, with a top speed of 335km/h. This makes it the quickest and fastest production sedan in the world, with a combustion engine.

Like many American muscle and sports cars, the Charger SRT Hellcat isn’t a pompous high-end vehicle that only appeals to white-collar types. Quite the opposite. The Charger is a very friendly and approachable product, with a starting price in the US that makes it attainable to blue-collar workers. It’s the people’s horsepower hero. We only wish they were available in Australia. 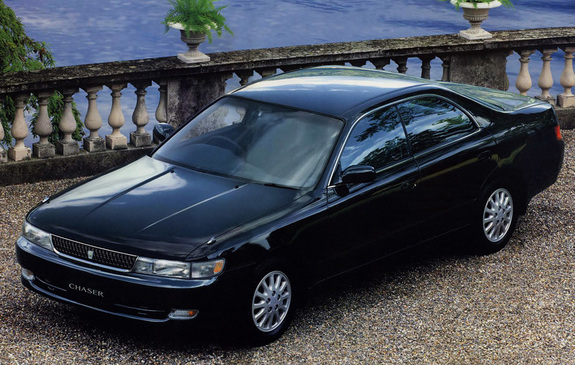 This wasn’t officially sold in Australia, but if Japan was ever recognised for one truly credible performance sedan that could compete with the Germans, it was the Mark II. You may not have heard of it but its heritage actually spans back as far as the 1960s, with the first Toyota Corona and then the Toyota Cressida. The large sedan eventually evolved into the Mark II in the mid-1980s, with the fifth generation. This was sold in Australia as the Cressida. But what we’re focusing on today is the seventh generation, made between 1992 and 1996. Why? Because it was available with a 1JZ-GTE engine.

As anyone educated in the aftermarket world will tell you, the 2JZ-GTE (3.0L twin-turbo inline six) has to be one of the world’s greatest production engines. It could be tuned to oblivion with hardly any work, or it could be appreciated for its smooth and powerful character in standard form. Its smaller brother, the 1JZ-GTE (2.5L twin-turbo inline six) was very similar in this regard, and could be tuned to produce huge horsepower with only light tuning. The mighty 2JZ-GTE was available in the Toyota Aristo, but we’re liking the seventh-gen Mark II more because the 1JZ-GTE could be had with a manual transmission. It was also slightly smaller and nimbler, and marketed as more of a sports sedan compared with the luxury-focused Aristo. 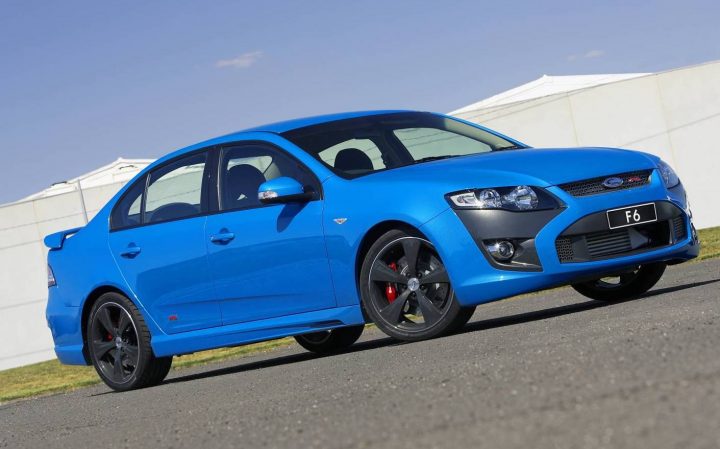 The FPV F6 was mental. On paper the figures look pretty good. Power comes from a 4.0-litre straight-six engine boosted by a big turbocharger, resulting in a claimed 310kW and 565Nm. But it’s not until you drive one that you realise this thing has much more grunt than Ford suggested (some independent dyno results have seen close to 310kW at the wheels). Featuring 245/35 tyres, front and rear, the F6 was way under-tyred, and could easily spin the back wheels up through third gear. It needs 275s on the back, at least.

We’re not complaining though, as the amount of tyre-frying fun that can be had is just intense. And best of all, you can cart around all your mates while you’re undertaking in such shenanigans. The Ford FG Falcon, like all of its predecessors, was huge inside. There aren’t many cars on the market today that offer quite this much interior space. Not in the passenger car market anyway. 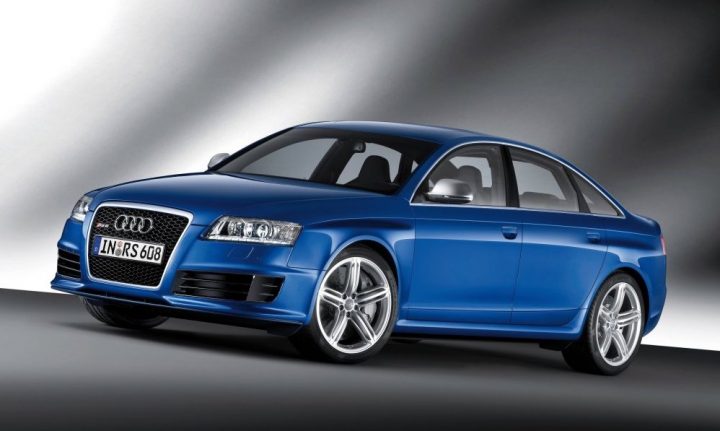 It’s still unbelievable to this day that this very innocent-looking German sedan, which looks like it’d belong to a principal of a private school, features a twin-turbo V10 engine. A V10 engine alone is just insane. Let alone a twin-turbo one. The result was 426kW and 650Nm. Thanks to Audi’s legendary quattro all-wheel drive system, the RS 6 offered a claimed 0-100km/h time of 4.5 seconds.

That doesn’t seem all that quick by today’s standards, but remember this was back in 2008-2010. The Lamborghini Gallardo supercar of the day produced 412kW and could conquer the sprint in 3.7 seconds. Being an Audi means the interior build quality and materials were at the top of the class, so it still was a very fine luxury car. But with a V10. It doesn’t get much cooler than that. 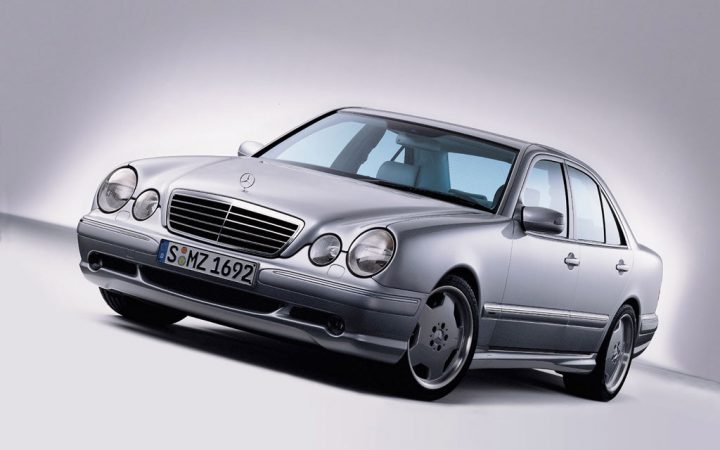 Not the 2000-2002 facelift, but this specific model, in our view, remains as one of the cleanest yet stoutest sports sedan designs ever. It’s like Arnold Schwarzenegger, in his prime days, wearing an Armani suit. You can see the underlying muscle is trying to break free, but in a neat and not immediately obvious way.

That muscle in this case was a hammering 5.4-litre naturally aspirated V8 that produced 260kW and 530Nm. With a five-speed auto transmission and rear-wheel drive, it could dispatch 0-100km/h in a claimed 5.7 seconds. Yes, these days you can buy a diesel SUV that will better that. But sheer acceleration wasn’t the focus for German cars back in the 1990s. It was more about effortless cruising at very high speeds, which this could offer in spades. 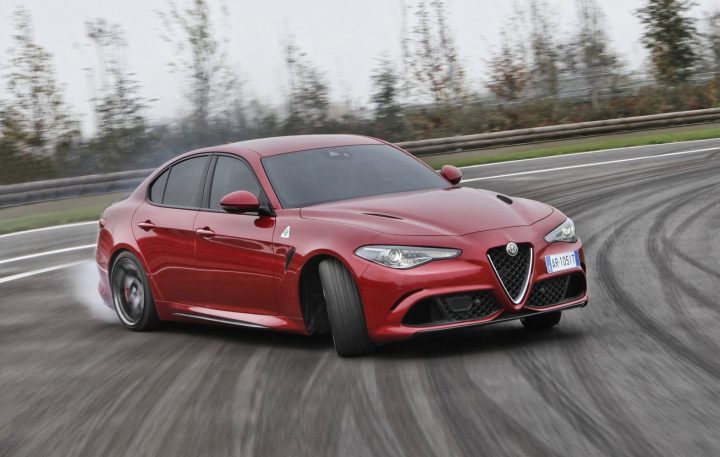 If you’ve always wanted Ferrari to build a mid-size sports sedan, this is as close as gets. The 2.9-litre twin-turbo V6 engine is essentially a Ferrari V8 with two of the cylinders chopped off. And yes, while the performance it brings, with 375kW and 600Nm, makes it one of the quickest sedans in the class, it’s the overall handling balance that really blows your mind.

Steering the Giulia QV down a nice road is just perfection. There’s nothing really that you wish it could do more of or do better at. It does exactly what you want it to do, and feels so nice doing it. This includes everything from crazy-big powerslides, to quick little hip-wobbles between corners. It’s delicate and precise, but somehow isn’t overly busy. On top of the excellent driving dynamics and pure driving enjoyment, the Giulia is wrapped up in a beautiful, typically-Italian design. Bellissimo. 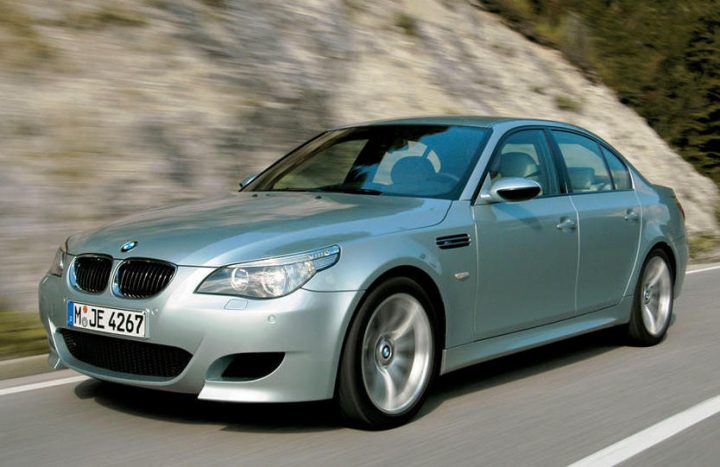 Welcome to one of the most mental production sedans to ever be conceived, in our opinion anyway. Not convinced? Well if you look under the bonnet you’ll find a 5.0-litre naturally aspirated V10 engine that could scream to 8250rpm. This was not only the first V10 production sedan in the world, the ‘S85’ engine was also the first engine that M division made for a production car. All other engines for M cars prior were based on BMW engines.

It was like a Formula 1 engine in a luxury sedan, and in fact it was inspired by BMW’s involvement in the sport in previous years. The compression ratio is 12:1, with a forged steel crankshaft, semi-dry-sump lubrication with two oil sumps, and 10 individual throttle bodies. Ten. Crazy, huh? And this was all channelled through a rear-wheel drive system, leaving the driver no choice but to become a lifetime member of all tyres shops in the world. What a machine. 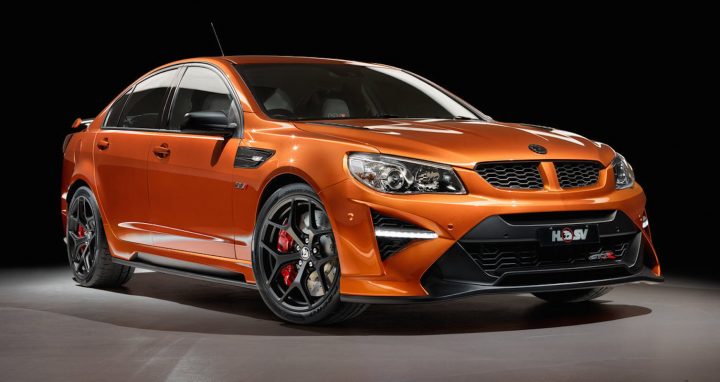 Yep, how could any other car top this list? It’s the most powerful (that we know of) five-seat production sedan that features a manual transmission. And it remains as the most powerful production car Australia ever made. We weren’t fortunate enough to ever test one when they were new, but we can imagine what it’d be like having driven the awesome 430kW GTS Series II manual.

Not only does it produce 474kW from its Chevrolet LS9 engine, the underlying VF chassis was, in our view, the most well-sorted platform to ever rise from an Australian production floor. In short, it was essentially a four-door Corvette ZR1, with big comfy seats, full touch-screen media interface with a pumping stereo, as well as a practical boot big enough to store a set of spare rear tyres.