Following decades of building mostly unreliable yet flamboyantly-styled front-wheel drive hatchbacks, the Alfa Romeo Giulia Quadrifoglio bursts into the scene with Ferrari-derived power, irresistible Italian style, and good old rear-wheel drive handling. Could it be? Is Alfa Romeo finally back in form? 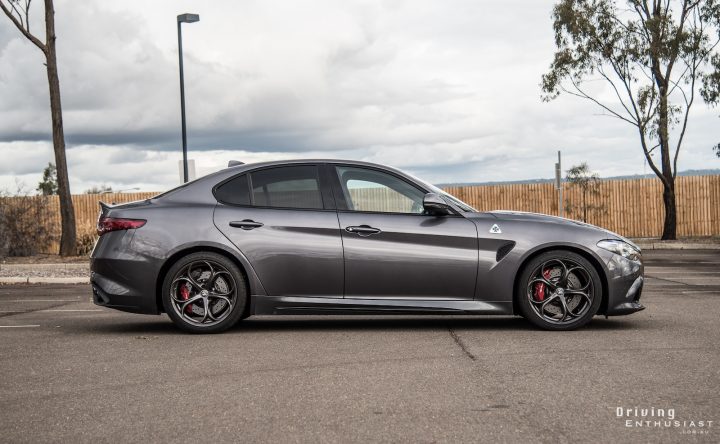 2018 Alfa Romeo Giulia Quadrifoglio: What is it?

The new Giulia is Alfa Romeo’s answer to vehicles such as the BMW 3 Series, Jaguar XE, and Mercedes-Benz C-Class. You can get it with a range of regular petrol or diesel powerplants, and all – in Australia – are rear-wheel drive and come with a ZF-based eight-speed auto transmission.

This Quadrifoglio variant, also known as the QV, is the creme de la creme. It’s the most powerful Alfa Romeo on sale, featuring a 2.9-litre twin-turbo V6 that produces 375kW and 600Nm. Ferrari doesn’t seem to like to admit it, but this engine is said to be a cut down version of the”F154″ 3.9-litre twin-turbo V8 that’s seen in the Ferrari California T.

It’s not just about the engine, though. Alfa Romeo has applied the full performance treatment to the Quadrifoglio. This means it is the quickest and fastest model in the showroom currently on sale, and one of the fastest in the segment. At one stage it held the lap record at the Nurburgring for a four-door production sedan, setting a blistering time of 7:32. 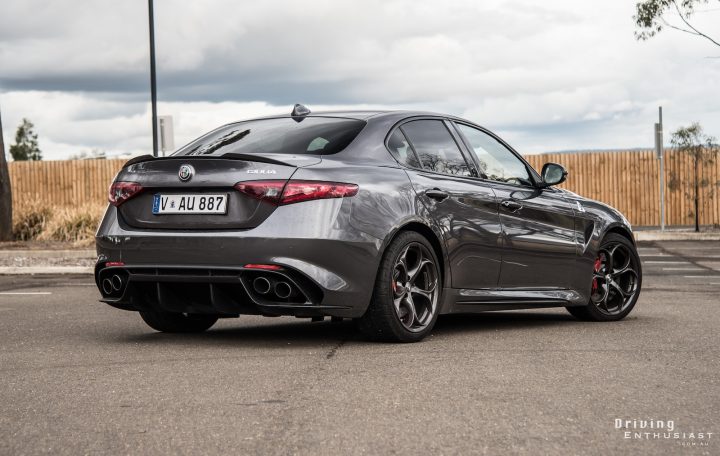 2018 Alfa Romeo Giulia Quadrifoglio: What does it come with?

Peel back the ‘Vesuvio grey’ paint and you’ll find a carbon fibre bonnet and roof, while the front and rear spoilers are also made from the super lightweight and super-strong material. More of it can be found holding some parts of the interior together, and the main drive shaft is made from the exotic baked plastic.

Add it all up and you’re left with a 1585kg vehicle (tare), which is actually not the lightest for this segment. The regular M3 weighs 1522kg (tare). On the other hand, it’s not exactly heavy either, especially in contrast with the frankly obese Mercedes C 63 AMG sedan’s 1773kg tare weight. 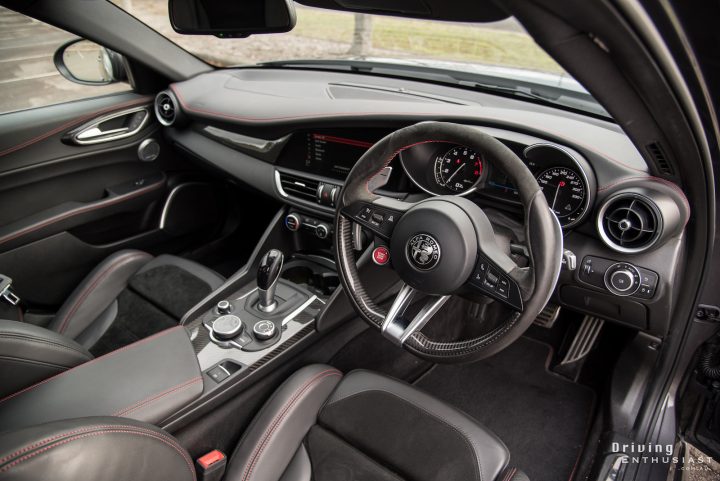 The interior of the Giulia has to be one of the most beautiful designs in the segment. It looks sexy and classy, flowing from fixture to fixture. Even the most mundane of controls and functions seem to have been styled with passion. Touch-screen media systems are usually pretty boring to look at. But Alfa Romeo has managed to make that look good in this. Except, it’s not a touch-screen per se as it’s operated via a dial controller on the centre console.

Based on FCA’s new Giorgio platform, the Giulia has been a long time coming. It’s a very serious model for Alfa. So for the QV, there’s been no holding back. Most of the aero kit for the exterior is functional and provides proper downforce at speed, and there’s an ‘Active Aero Splitter’ at the front which varies its angle by 10 degrees to help with downforce and efficiency. Underneath the car is also some pretty crazy fins and a slick bottom. At 300km/h, the slick sedan generates up to 100kg of downforce to help with stability and traction. 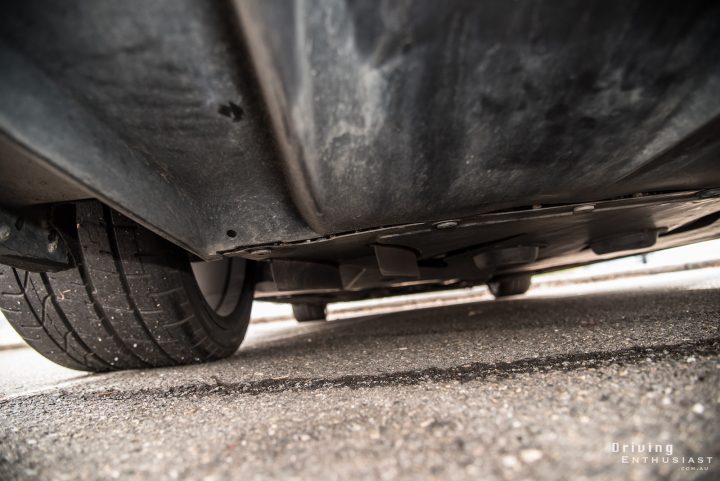 Also helping with traction – and overall track speed – is a complex torque-vectoring differential which is able to send up to 100 per cent of the engine’s torque to either the left or right wheel, if need be. It’s also able to hook up both wheels so you can perform gnarly powerslides and nifty drifts as you squirt between corners.

What did you expect? Of course it offers a huge fun factor. Firstly, the steering is insanely quick. It turns in sharper than a mosquito. We actually think the steering might be too quick for some. But for everyone else it means you can be pin-precise with where you want to place the car. This alone helps to make it a really entertaining and exciting car to drive, even without the crazy engine.

But, that crazy engine. Using two IHI turbochargers running at around 35psi, the unit feels really powerful and forceful without even trying. Peak power requires 6500rpm, which is nice, and all of that 600Nm of torque is at your disposal between 2500rpm and 5000rpm. All of this means it loves to rev but there’s still enormous shove from anything above 2500rpm. In a strange way, the engine feels like it wants to rev even higher than the redline.

Flatten the throttle off the mark doesn’t cause a meltdown of tyres and tarmac, surprisingly. It actually has a lot of grip, probably thanks to that clever diff. So instead it just shoots off the line and soars toward the horizon. We haven’t ever experienced this level of acceleration g-force in a five-seat sedan before. With each gear it just keeps propelling and relentlessly charging ahead like there’s no such thing as gravity. It’s incredible.

Around your favourite road the Giulia is already a blissfully enticing vehicle to drive in regular form. With all of the Quadrifoglio gear it is mesmerising what the car can do for you. When you think there’s no grip left, it blows your mind by pushing faster still and hanging on and on.

Hitting the brakes hard provides controlled, sudden deceleration. Some performance cars are a bit out of balance between engine performance and braking performance. But not here. And that’s the general feeling we get from this Italian comeback. It is a very well balanced car that would suit a wide range of drivers. 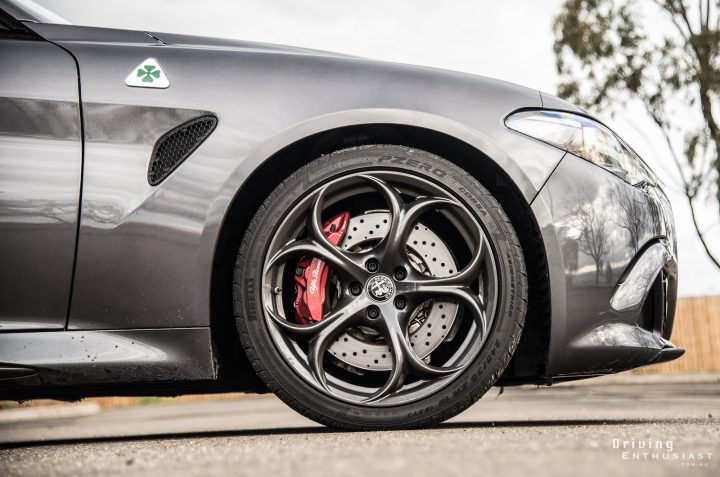 2018 Alfa Romeo Giulia Quadrifoglio: Should you buy one?

This is a difficult one. We would love to borrow one for an extended period, but we’re not sure if we’d buy one. Like many, we are a bit skeptical of Alfa Romeo’s reliability history; the brand – and its owner FCA – doesn’t have the best reputation for building cars that last.

Given the Giulia is being launched as a bit of a revival and relaunch for the brand, maybe the notorious days are over. Maybe Alfa Romeo is not only back, but back better than ever before. 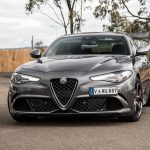 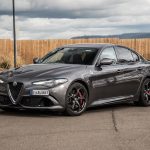 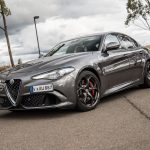 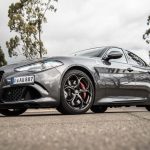 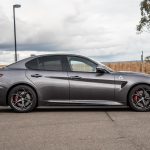 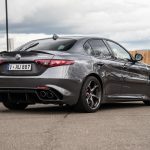 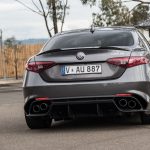 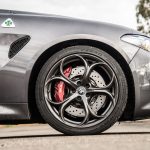 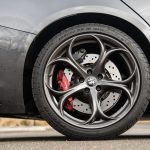 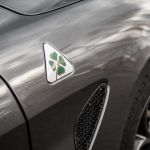 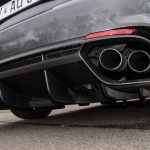 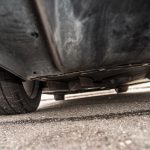 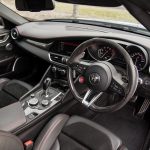 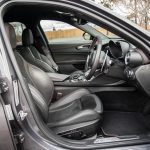 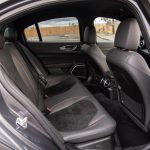 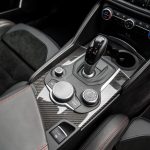 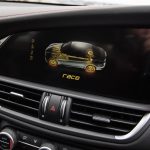 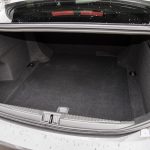 Everyone rejoice, Alfa Romeo is back in the performance car scene. Sports sedan fans should definitely be checking this one out before signing any deals on like-minded rivals. This is incredibly fast, accurate, and it comes with a dash of exclusive cache, Italian flair and passion.