The BMW X4 M40i is a performance SUV that gets the blood pumping. Punching from 0-100km/h in just 4.9 seconds, the B58 3.0-litre turbo inline six-cylinder engine offers plenty of go. For an SUV, it offers more low down and mid-range punch than a vehicle like this should – it’s like a guilty pleasure as you propel it from corner to corner. 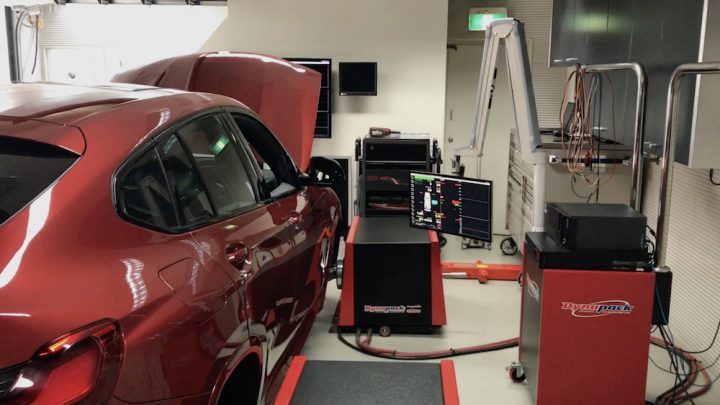 We visited Tunehouse, located in Marrickville, NSW, to speak with Jim Ghelis, owner operator, about potential upgrades, as well as to see what kind of power the engine in this standard M40i could produce on the Dynapack hub dyno. BMW claims 265kW and 500Nm, at the engine.

Jim’s dyno is one of the best in the country. It’s cleaner than your nan’s tea set and, most importantly of all, Jim can completely control the environment, including air temperature – more on that in the video.

We don’t want to give too much away as it’s best to see for yourself in the video, but Jim states that there’s plenty of potential in the engine. After analysing the dyno graphs, he notices the smoothness of the power delivery and the flat torque curve, which he says is typical of German cars. It’s “very German,” Jim says. With some light tuning Jim thinks there’s around a 15 per cent increase in power (and potentially more in torque) just waiting to be unleashed. Sounds good to us. 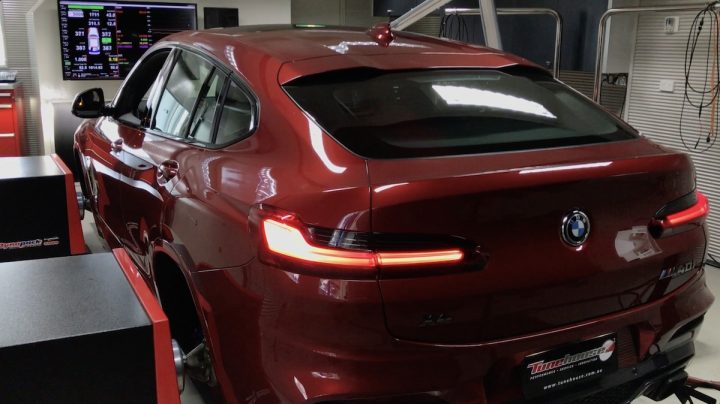 This was an interesting dyno session because with news that the new 2020 Toyota Supra will use the same engine as this X4, albeit with a different tune, our eyes were peeled wide open to better understand the potential of this Bavarian unit. Let’s not talk too much Supra jazz in this post, though, because this SUV ‘coupe’ is a very cool performance car in its own right.

Enjoy the sound of the BMW X4 M40i. There’s fewer sounds on the planet, in the opinion of this writer, that sound better than a straight-six BMW engine at full song. Check it out below. Also, if you could be so kind and subscribe to our YouTube channel it would be much appreciated. It’ll give us more encouragement to produce more videos like this in the future.

Big Red Huge fan of long road trips. Love the cackle of a bent-eight first thing in the morning. And love a good flat white and eggs bene’ at my local café. Swing more towards European and Australian muscle more than American or Japanese, but I’m always willing to applaud anything that’s built with the driver in mind.
Facebook 11,525Fans
Instagram 115Followers
Youtube 292Subscriber