The 2019 BMW X4 M40i brings together the gargantuan sales trend that is SUVs, and some very tasty goodies from BMW’s M Performance division. This sprightly SUV starts from $109,900 (plus on-road costs), which places it about 10 grand more than its more spacious X3 M40i twin-under-the-skin.

Sitting above the X4 M40i is the X4 M Competition. But the price for that jumps up to AU$164,900 (plus on-road costs). And that produces 375kW. Which is a hell of a lot of power for an SUV. For us, the M40i is a happy-medium performance SUV that feels everything but under cooked. 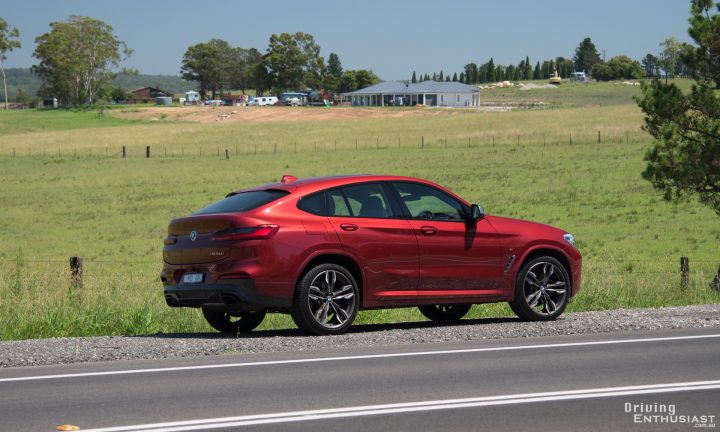 The X4 sits as a mid-size offering from the German automaker, measuring 4.75 metres long, 1.93 metres wide, and 1.62 metres tall. The model we’re testing here has been given the once over by BMW’s M Performance sector. While it’s not a dedicated M model by M division, there’s enough M insignia to remind you where the extra money you forked out for such a sporty model has gone.

Under the bonnet is probably the best, most important part of the X4 M40i; its B58 engine. It’s a sweet-sounding turbocharged 3.0-litre straight six that punches out 265kW and 500Nm. If you stomp on the go pedal from a standstill it’ll go from 0-100km/h in just 4.8 seconds (tested, see video below). That’s quite impressive for a vehicle that’s not a dedicated BMW M model.

An M Sport differential at the rear, fitted as standard, gives the X4 a chance at feeling like a driver’s car. So there’s no worries here that this is just a lower tier model with some added power only. Nope. BMW M Performance has provided the right goodies to make it worthy of the M badge.

In terms of visual appeal, the wheel arches on the X4 are quite aggressive, with the large, staggered 21-inch wheels filling the front and rear guards to create a full, well-rounded look. From this reviewer’s perspective it looks great. It looks modern, dynamic, and flows well. But, looks are always subjective. 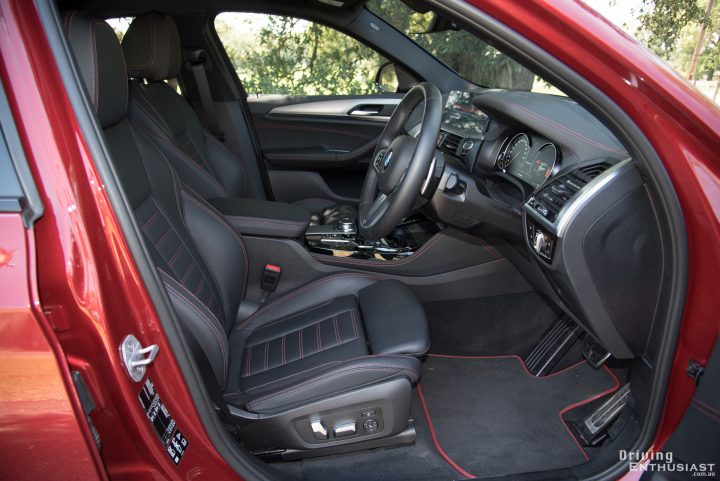 The interior is super sharp. The details are crisp, and the execution is typical BMW; flawless. BMW’s latest iDrive system uses a large 10.25-inch central touchscreen, which houses just about every function you can think of. And if you’re into pumping beats, the 16-speaker Harman/Kardon sound system will keep your ears happy.

Cabin space in the front is more than generous, but the X4’s coupe-style body does somewhat impede headroom in the back if you’re pushing above six-feet tall. At the rear, boot space measures 525L, or 1430L with the rear seats folded down. If you’re curious how much this is down on the X3, it’s 25L and 170L respectively. 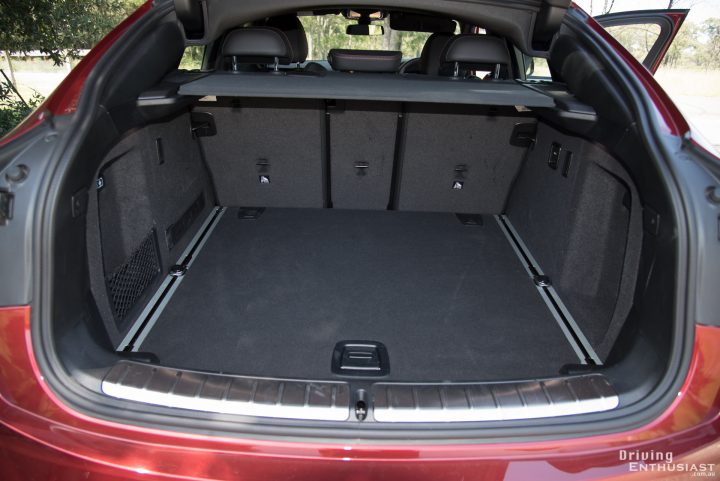 The driving position of the X4 feels really natural. And by that we mean everything falls into your hands exceptionally well. Which in return makes this quite a good grand tourer, ideal for things such as interstate trips or travelling long distance for work.

With the different drive modes such as Eco Pro, Sport, and Adaptive, you can have your cake and eat it, too. In Eco Pro mode everything is very quiet and sedate, but is then turned upside down when you engage the more enthusiastic Sport mode. Everything comes alive and become sharper, and noise is turned up to 11. The exhaust note from the back creates so much of a ruckus you wonder whether it’s under the legal limit. Sounds great, but damn it’s noisy, in a good way. Watch the video below to hear it at full blast.

The eight-speed ZF gearbox is a delight to blip through the gears. You find yourself in the right gear nearly all the time. The abundance of torque at low revs certainly makes life easy for the gearbox, with great acceleration on offer in pretty much any gear at any speed.

Stopping is also something the X4 M40i does very well. Shining behind the big 21-inch wheels are a big pair of blue front brake calipers with the M badge painted on. Even under hard, repetitive braking everything feels strong and up to the task.

The added ground clearance of the X model allows you to shoot down any back road with the confidence you won’t rip the undercarriage apart like you could with something like a 340i – especially in a rural setting. Add to that a heap of grip from the all-wheel drive system and not much can spoil a Sunday blast after being trapped in the city all week. Did we just stereotype the X4 owner? 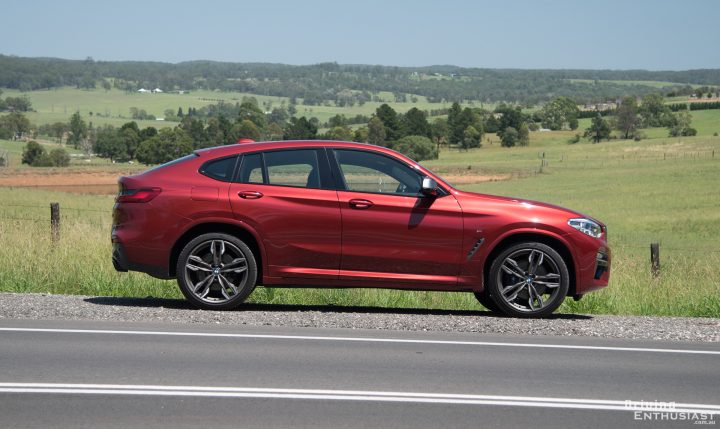 There’s no doubt the BMW X3 M40i is more practical (and more affordable) with basically all of the same features as the car being reviewed here, but it has that soccer mum look. What the X4 loses in space and practicality is gained in the way of a plump, more curvaceous booty. Looks can play a big part of the buying decision, especially at this end of the market.

As we always say to people who ask, make sure you test drive one if you are really interested. That’s the best way to find out if it’s the right fit for you. If you’d like to know more, check out our Driven segment video on this vehicle below. 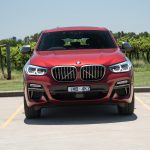 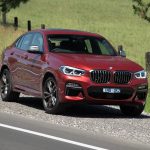 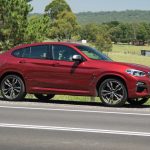 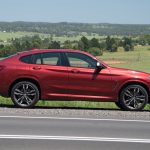 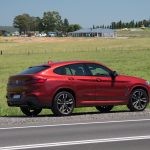 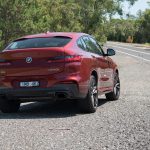 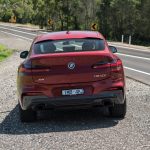 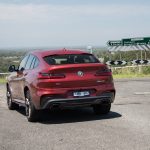 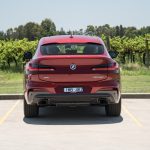 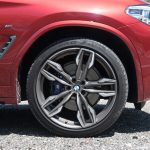 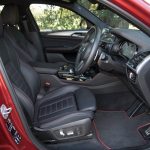 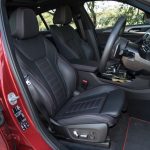 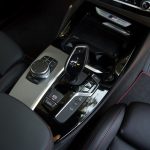 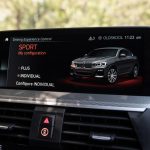 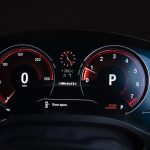 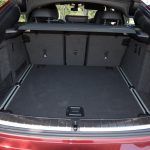 This is a feisty vehicle. It never fails to bring a smile to your face, whether that’s from the way it sounds, accelerates, or the way it uses its 21-inch wheels to hug the tarmac through a twisty road. So, getting to the point, you should definitely consider one if you’re in the market for a performance SUV. Do it if only for the sweet B58 3.0-litre turbo six-cylinder – it’s the same engine that’s found in the 2020 Toyota Supra.