The next-gen A 45 super hatch is set to come in Mercedes-AMG A 45 S flavour for the first time, following in the footsteps of other AMG models. This is if an insurance listing is to be believed.

It seems German insurance company HUK24 may have uncovered some juicy details about the new model. As we know, the next A 45 will be based on the recently-updated A-Class hatch, and it will sit above the A 35 hot hatch that was detailed in our top 10 best cars coming in 2019 feature. 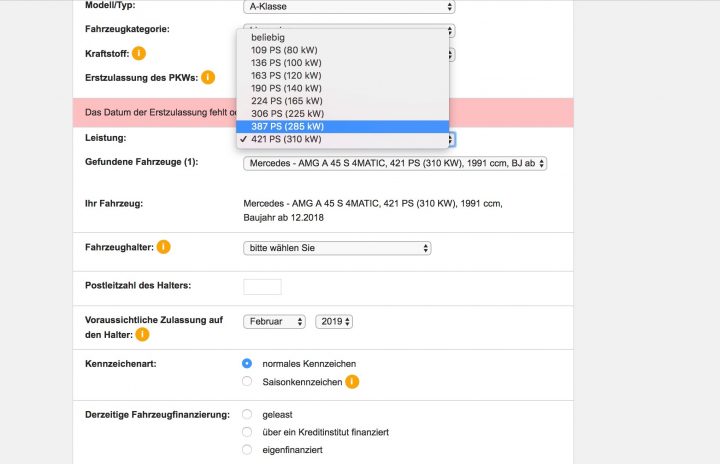 According to the insurance company website, Mercedes will be offering two forms of the A 45 AMG. There’s the regular, packaging a 1991cc turbo four-cylinder to produce 285kW (387PS), and then an A 45 S version using the same engine only with the output standing at a whopping 310kW.

With this much power the new A 45 S will come in as the most powerful four-cylinder hot hatch on the market. It’ll even surpass the current crown-wearing Audi RS 3 which uses a 2.5-litre turbo five-cylinder to generate 294kW.

The 2019 Mercedes-AMG A 45 S and regular A 45 are set to boast a number of advanced gadgets, potentially including a new ‘drift mode’ driving setting that allows the driver to kick the tail out for rally-like fun. We’ve already seen similar technology in the likes of the Ford Focus RS which is also all-wheel drive. 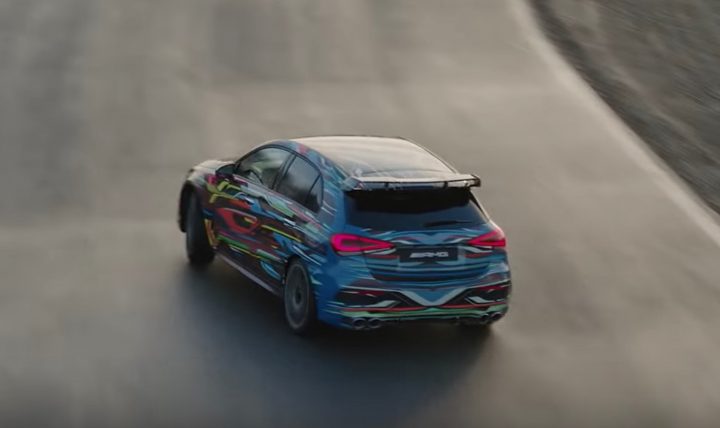 Mercedes-AMG gave us a hint of such functionality just before Christmas, with a teaser video that showed a prototype model being skidded around a wet circuit in such a manner that would keep even Ken Block happy (see below).

Other highlights will include a fully digital instrument cluster with Mercedes’s latest MBUX interface suite, a new driver mode dial with a ‘sport plus’ setting, as well as advanced driver assistance systems such as fully adaptive cruise control and steering assist tech.

There’s been no official confirmation on when Mercedes will unveil the new A 45 AMG. Given the timing of the teaser video and these newly found details, we reckon a debut isn’t far away at all. Either at the Detroit show in a couple of weeks or the Geneva motor show in March could be good bets. Take a look at the teaser video below for more.