Another year is almost over. How quick did that go? As the New Year arrives we thought we’d go over what we think are the top 10 best cars coming to Australia in 2019. We’ve tried to include a bit of variety here to suit all markets and budgets. 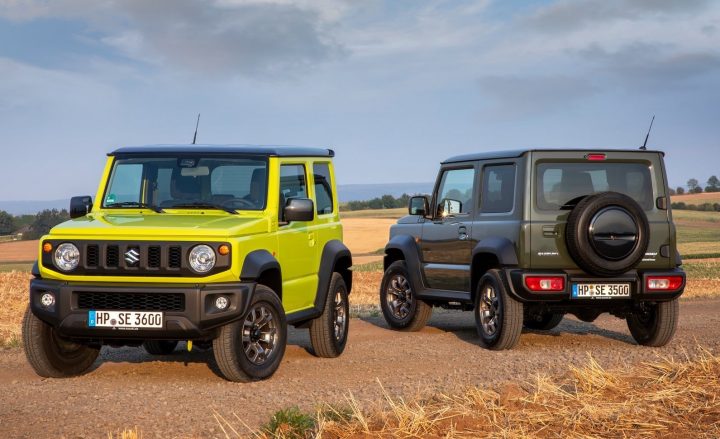 When it comes to plucky, go-anywhere SUVs, the Jimny has to be somewhere near the top of the must-have list. The all-new model arrives with a fresh interior design including Suzuki’s latest touch-screen media interface with Apple CarPlay and Android Auto, while the exterior showcases a rugged, almost Mercedes G-Class-like boxy character. This should be a fun little package.

Power for the Australian-spec models has been confirmed to come from the ‘K15B’ 1.5-litre four-cylinder that generates 78kW and 138Nm. Unfortunately we miss out on the 0.66L turbo that overseas versions get. Contrary to earlier rumours, the new model will continue with live axle suspension front and rear. And to further enhance off-road performance the new model will be offered with a brake-style limited-slip differential. Prices are yet to be confirmed. 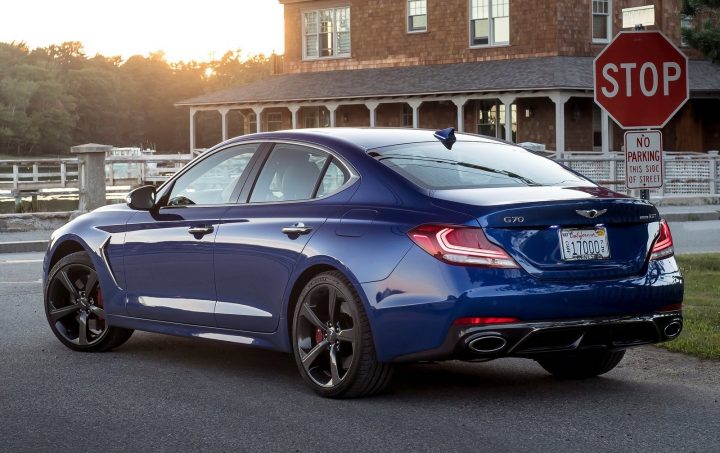 If you love the idea of a lighter weight and slightly smaller and more agile Kia Stinger, you’ll love the Genesis G70. This will come in as the Hyundai brand’s new premium mid-size sedan, sharing platforms and powertrains with the Kia Stinger. It has already hit the market overseas, where it has received rave reviews from the media.

At the top of the range will be a 3.3-litre twin-turbo V6 that generates 272kW. Genesis claims 0-100km/h happens in just 4.7 seconds, making it the quickest model in the company’s showroom. Prices haven’t been confirmed for Australia just yet, but we’d expect it to be slightly pricier than the equivalent Kia Stinger. Keep in mind it will be a more premium vehicle, offering more luxury and advanced features. 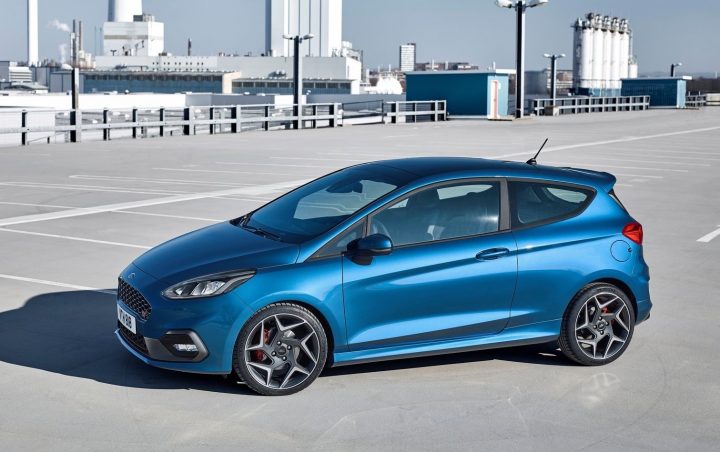 The outgoing Fiesta ST offers extraordinary fun-for-your-buck driving in the compact hot hatch world. It’s available with an old-school manual transmission (yep, three pedals), and a potent turbo 1.6-litre engine. It also features a number of hardcore components, such as a trick front diff and complex suspension arrangement to ensure mind-bending traction and g-force in the corners.

Ford introduced the second-gen model overseas earlier this year. It seems to have lived up to the very high benchmark the first generation set, packing more power and more technology. Gone is the 1.6-litre four-cylinder, and in is a fresh 1.5-litre turbo three-cylinder. It produces 147kW and 290Nm, which is actually 13kW and 50Nm more than the old engine. Prices in Australia are likely to rise slightly from the previous $27,490 starting price. 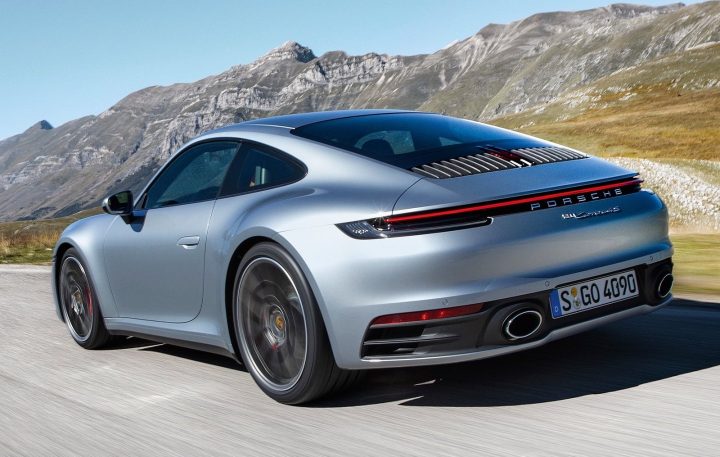 It looks the same as the 991-series, but rest assured, this is the new 992 911. The easiest way to spot the new version is by checking the taillights. They now borrow the full-width design layout as seen on other new Porsches. The front end is also 45mm wider, giving it a more focused stance, with a wider lower intake. Some fresh alloy wheel designs have also been introduced.

So far, at the time of editing, Porsche has only revealed the Carrera S version. It comes with a redeveloped 3.0-litre twin-turbo flat-six that kicks out 331kW. This is up 22kW over the 991 predecessor. There’s also an all-new eight-speed dual-clutch auto, but of course Porsche will be offering a manual for the more serious driving enthusiasts. Australian prices have been confirmed to start from $265,000 for the C2, and from $281,100 for the C4S (before on-road costs). 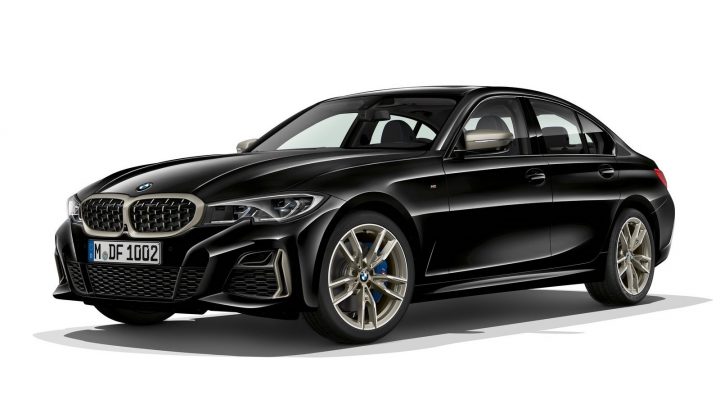 Can the new 3 Series carry the nameplate’s tradition and set the class benchmarks once again? It definitely has the ingredients to do so, based on BMW’s latest ‘CLAR’ platform. It is a touch larger than the current F30 model, measuring 76mm longer, 16mm wider, and 1mm taller. The wheelbase is also 41mm longer, helping to improve in-car comfort and space.

What we’re really looking forward to is the new M340i variant. It’ll come in as the flagship, underneath the M3, which is not yet finished. Thanks to a range of enhancements by BMW’s M Performance sub-division, the M340i promises a 0-100km/h time in just 4.4 seconds. This comes thanks to a 3.0-litre turbo that barks out an impressive 275kW and 500Nm. Being all-wheel drive, there is a chance this variant might not make it to Australia – xDrive all-wheel drive sedans are usually for select markets only, particularly areas where snow is common. However, we think this might be an exception as BMW has probably gone for xDrive simply because the engine is so powerful. 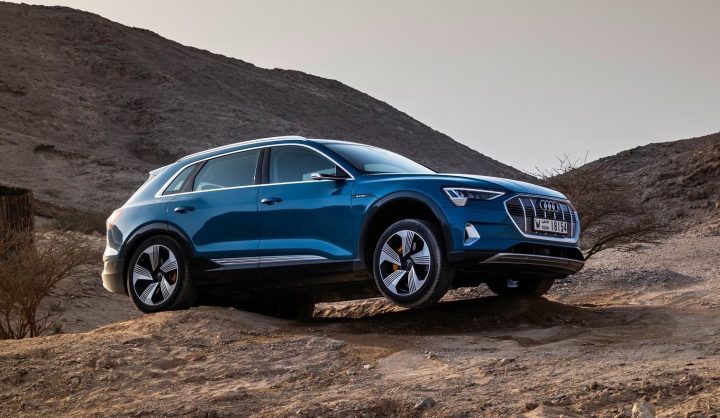 This is Audi’s answer to the seemingly unstoppable Tesla onslaught, and in particular its Model X crossover. It’s the first dedicated model to be launched under the e-tron brand, but certainly not the last. Audi will soon launch an ‘e-tron GT’, which will be targeted at the Tesla Model S.

Kicking off though, Audi is jumping into the increasingly-popular SUV market. Which is probably a good move, considering everybody seems to want an SUV these days. Power comes from a 95kWh lithium-ion battery system that’s capable of unleashing 300kW and 664Nm to the wheels via electric motors. Audi promises a 0-100km/h sprint time of 5.7 seconds, which is very respectable for a large luxury SUV like this. And like any modern Audi, the design inside and out is beautifully presented, with crips details and plenty of advanced technology. 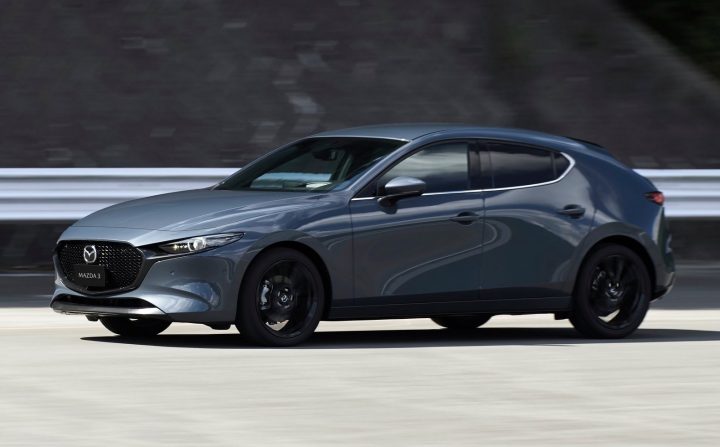 This used to be the most popular car on sale in Australia, contending with the Toyota Corolla. But then the Corolla edged forward, likely due to a heap of fleet sales. Even the latest Hyundai i30 is getting up there and taking a big slice of the pie.

Mazda is looking to set the score straight again with the 2019 Mazda3. It showcases a smart new design language on the inside, and brings in one of the most elegant and premium interiors ever seen in the affordable small car market. Above all though, the new model introduces a revolutionary ‘sparkless ignition’ petrol engine called Skyactiv-X. It’s hard to explain without taking up several years of your life, but basically the unit runs a very high compression ratio, and is able to initiate combustion without sparkplugs. It still has sparkplugs, but they are only used when the engine is very cool and under certain demands. What’s the point? Mazda reckons the engine will offer the fuel economy of a 1.5L unit, but the performance of a 2.5L unit. It should be very interesting, and one to look out for. 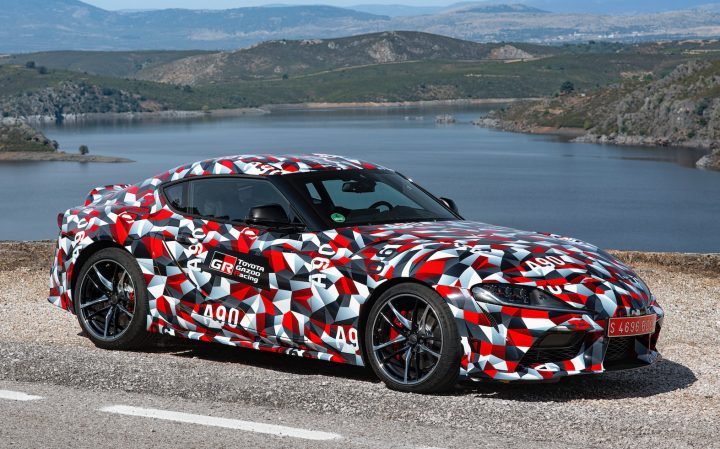 How could we put together a top 10 list without mentioning the new, ‘A90’ Toyota Supra. There is a lot of hype around this car, but for good reason. It has to live up to the awesome reputation of the old Supra models, and it will do this thanks to help from BMW. BMW, you ask? Yes, the new Supra uses a platform that was co-developed in partnership with BMW. BMW is using the platform for its new Z4 roadster.

Full specifications and finer details are yet to be revealed for the Supra, but Toyota has confirmed the range-topping variant will use a 3.0-litre turbo inline six engine generating upwards of 220kW. It also claims a 0-100km/h time of under 5.0 seconds, as well as the use of an eight-speed automatic transmission. Some markets are set to receive a 2.0-litre turbo four-cylinder option as well, producing somewhere around 140kW and 185kW. We’ll have to wait for the big debut at the Detroit show on January 14 for more details. 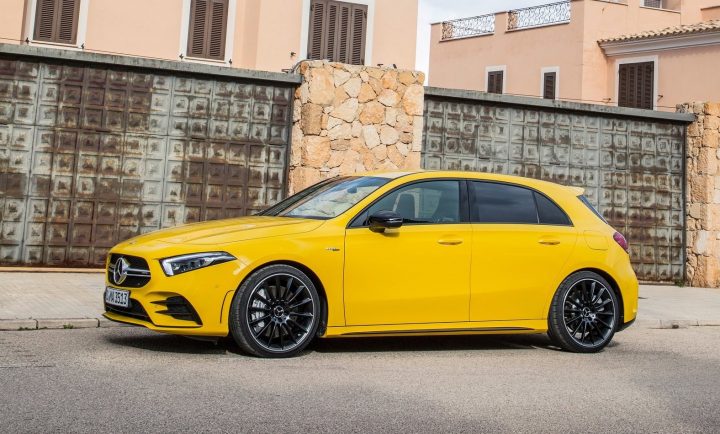 While the A 45 AMG sits in the super hatch market, Mercedes-AMG has come up with an intermediate hot hatch called the A 35 for the new-generation A-Class. This is expected to go face-to-face with the rumoured next-gen BMW ‘M135i’, which is set to receive a fresh 2.0-litre turbo four-cylinder producing 225kW and 450Nm – the engine has already debuted in the X2 M35i.

Back to the A 35, though. It uses a 2.0-litre turbo to generate 225kW and 400Nm, sent through a seven-speed dual-clutch auto and into a 4MATIC four-wheel drive system. Mercedes claims a 0-100km/h sprint time of 4.7 seconds. This should be lots of fun to drive, and you won’t instantly loose your licence like you might otherwise do in the mental 280kW A 45. 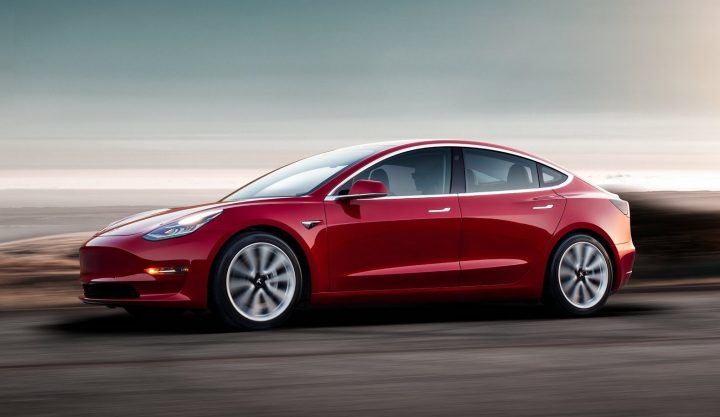 The wait is finally, almost over. Tesla says on its website that right-hand drive production of the highly anticipated Model 3 will commence in 2019. There’s been no official confirmation which says it will arrive in Australia in 2019, but we suspect the first handful will start rolling in by the end of the year.

Overseas media and customers have been showing very positive feedback so far, with many praising its in-car technology and sheer user-friendliness. Others are surprised and even blown away by its performance. Tesla is launching two main versions, including a normal and a Performance variant. The normal version offers a range of around 354km (220 miles) and a 0-60mph time of 5.7 seconds, and the Performance offers 500km (310 miles) and 3.5 seconds. Prices in the US start at US$35,000. This is expected to translate to around AU$60,000, as a base price.

See below for our video showcase of this feature.