When you take your 2018 BMW M5 to a company called Manhart Performance for tuning, you just know it’s gonna come back with hairy-chested, screaming grunt. And this testosterone-injected contraption, called the MH5 700, is exactly as you’d expect.

The stock new M5 is a pretty rapid thing, with a 0-100km/h time of 3.4 seconds and a ballistic quarter mile of 10.9 seconds. That’s getting into the limits of how much g-force the human body can be subjected to. But there’s just one teensy problem; the Mercedes-AMG E 63 S is a fraction faster. 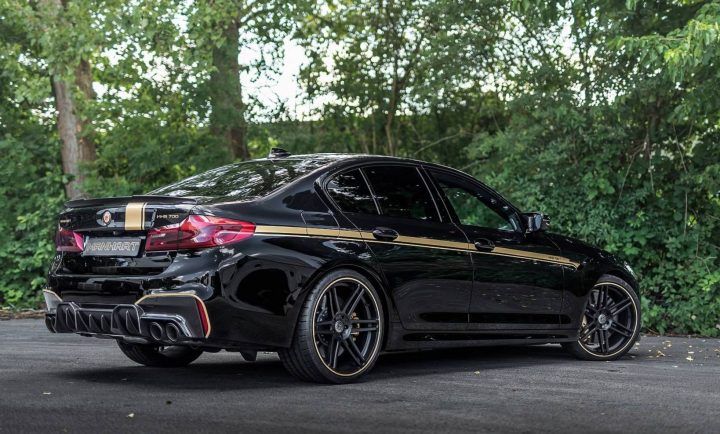 BMW M are seeking to address this with the 460kW/750Nm M5 Competition, which takes 3.3 seconds to reach 100km/h and 10.8 to reach 200km/h. But there are always those who want more. That’s where Manhart Performance comes in, winding the wick up to a scorching 531kW and Earth-twisting force of 870Nm.

Aesthetics have come in for some attention too, with murdered-out 21-inch alloy wheels, an angrier bodykit and gold accents along the edges, brake calipers lower grille and a stripe package. As you’d expect, more carbon fibre has been added too. No interior details at this stage, but we would expect that to be suitably handcrafted as well..

It has some stiff competition in the tuner world. Many aftermarket tuning companies are always hard at work delivering enhanced versions of the M5’s arch-enemies, the Audi RS 6 and Mercedes-AMG E 63. A good example of the latter can be found in the Brabus 800, which has 789hp (588kW) and can get from 0-100km/h in 3.0 seconds flat.

How good would it be to see these two pitted against one another in a death race for the ages? For good measure, throw in a Tesla Model S P100D and you’ve got a recipe for excitement. Check out the showcase video below for more. 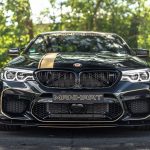 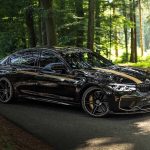 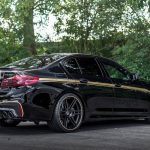 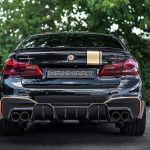