BMW has already caused quite a stir with the reveal of the 2019 8 Series coupe, but as expected, there are more variants on the way. These patent images indicate designs of an 8 Series Gran Coupe as well as a soft-top convertible. 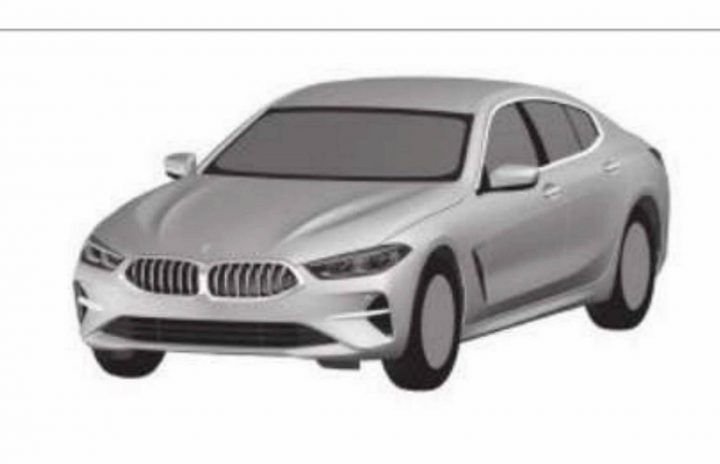 The Brazilian National Institute of Industrial Policy is the source, where patents were lodged revealing details about how the production vehicles will look. Similar to patent images found recently of the Z4, we can make out how the cars will look when they get to market. The Gran Coupe looks very faithful to the M8 Gran Coupe Concept (below) unveiled earlier this year, right down to the side window shape. 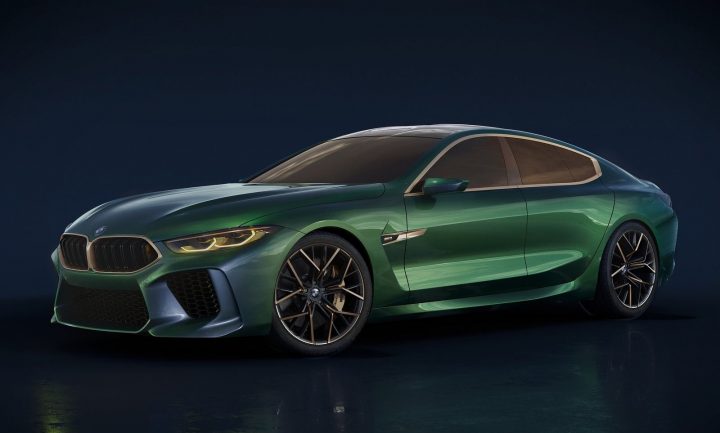 BMW has confirmed the regular 8 Series coupe will come in 840d xDrive form, powered by a 3.0-litre turbo-diesel straight six, with all-wheel drive to channel 235kW and 680Nm. More impressively, a petrol-powered M850i develops 390kW and 750Nm thanks to a twin-turbo 4.4-litre V8 super-donk. The performance disparity is apparent, with the oil-burner dispatching a still-impressive 4.9 seconds 0-100km/h and the M850i destroying it in a blistering 3.7 seconds. 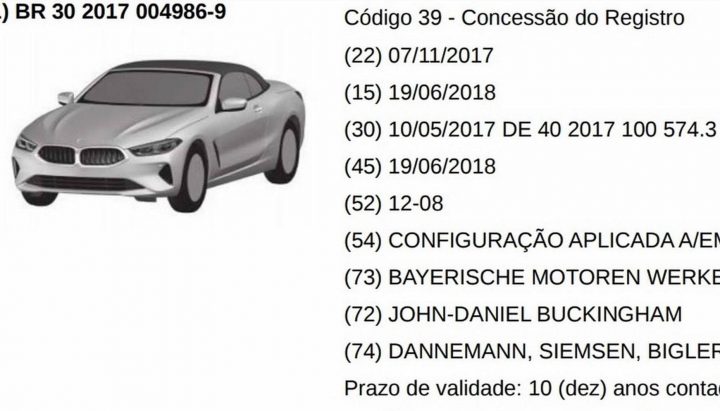 The new CLAR platform includes lightweight elements, but the grand tourer still weighs 1830kg and 1890kg for the 840d xDrive and M850i, respectively. The addition of a convertible soft-top and two extra doors will no doubt swell these figures somewhat.

An M8 will up the ante in due course, no doubt with a similar powertrain to the M5 but potentially making more than its 441kW and 750Nm output. Since the Gran Coupe concept was shown as an M8, it’s safe to bet there will be M8 versions of both it and the convertible pictured.

While the coupe is earmarked for an early 2019 launch, the other two variants are expected to join it down the line.The new 8 Series effectively replaces the BMW 6 Series, which was available in coupe, convertible and four-door Gran Coupe variants, but now consists of the 6 Series GT, which is a sort-of crossover-cum-hatchback that replaces the Quasimodo-esque 5 Series GT. It has a longer wheelbase than the 5 Series sedan and offers improved versatility compared with that car. 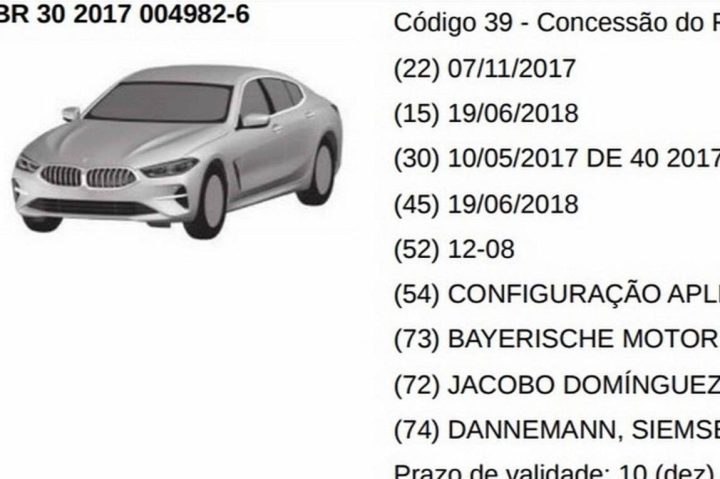