Remember the retro BMW 8 Series? Well, it’s back. The Bavarian carmaker has come up with a brand new model, to sit at the top of its range as an uber-luxury grand touring coupe. 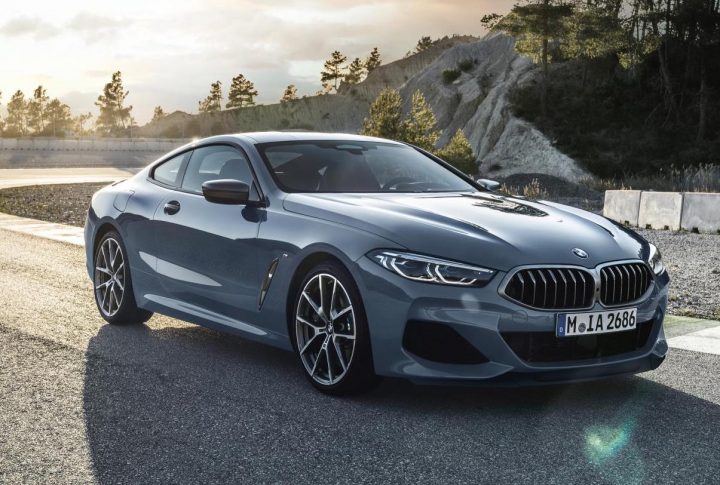 Two engine options will be available from launch, including an 840d xDrive featuring a 3.0-litre turbo-diesel inline six developing 235kW and 680Nm, as well as an M850i using a 4.4-litre twin-turbo V8 to dish out an impressive 390kW and 750Nm.

Is it quick? You bet. Even the 840d diesel is able to accelerate from 0-100km/h in just 4.9 seconds. But even quicker, the M850i is able to conquer the sprint in a dizzying 3.7 seconds. This latter time make it almost as quick as some of Ferrari’s and Porsche’s latest high-end models.

Both of the initial models come with an eight-speed automatic with all-wheel drive helping to make best use of their respective powertrains. The 840d weighs 1830kg and the M850i weighs 1890kg. Both also get BMW’s TwinPower (twin scroll) turbocharging technology, with VANOS variable valve timing for the M850i.

Underpinning the new model is BMW’s CLAR platform, with double wishbone front suspension and a five-link rear end, with Adaptive M dampers fitted as standard. There’s also Active Steering with variable ratio gearing, and the M850i also gets an electronic differential lock for the rear axle. 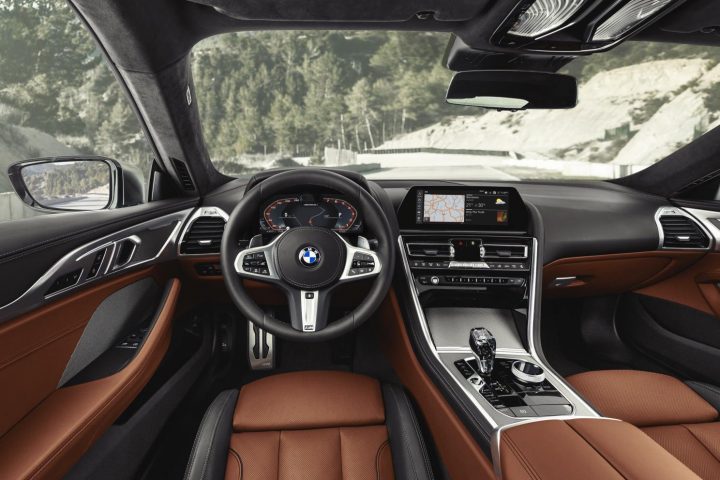 So, it’s good know the new 8 Series has been set up as a true driver’s car. But what about luxury? Just take a look inside. It’s a fusion of BMW’s latest design and a heap of bespoke details. Check out the sophisticated gear shifter, and the brushed alloy trimmings around the dash and door trims.

Up on the dash is a 12.3-inch multimedia interface incorporating iDrive 7.0 operating software. It showcases clear and crisp graphics, and enough apps and settings to play with to keep passengers entertained for hours. The driver also gets a 10.25-inch fully digital instrument cluster for the car status displays. Speaking about the new model in a statement, BMW describes the car, saying:

“The primary development objective for the BMW 8 Series Coupe was thrilling driving dynamics. The body, powertrain and suspension were consistently honed to achieve the supreme agility, precision and poise expected of a top- class sports car.”

BMW will launch the gorgeous new 8 Series in November. A high-performance M8 version has been confirmed and is expected to arrive shortly after. Australian details are yet to be announced, but we suspect a local introduction will take place early in 2019. 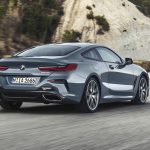 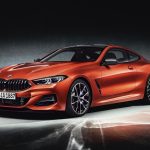 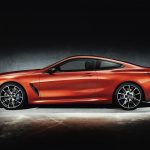 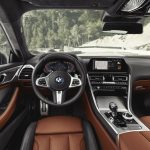 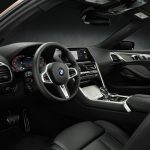 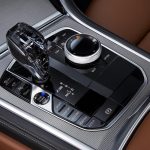