To storm into a segment that’s been led for decades, very successfully, by Germans takes guts. But here we are greeting the new Genesis G70 as part of the official Australian market launch. 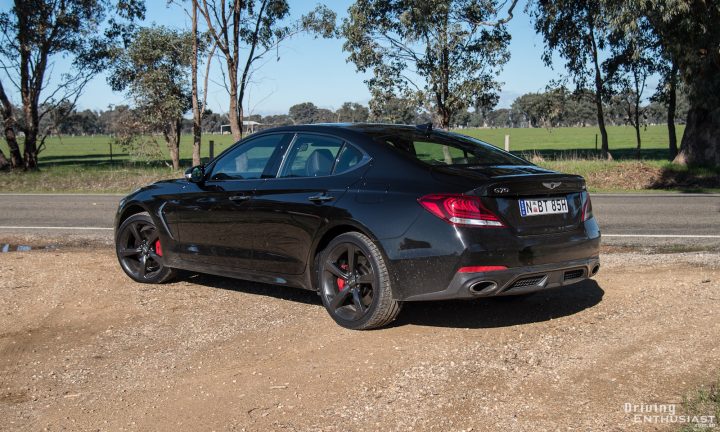 Today we’re looking, specifically, at the new G70 3.3T version. It’s available in three forms in Australia, ranging from the Sport, Ultimate, and Ultimate Sport. However, if the twin-turbo 3.3 is a bit too brash for your liking, Genesis also offers a more civil 2.0-litre turbo four-cylinder, which also comes in three trim levels.

The G70 faces off with the BMW 3 Series, Mercedes-Benz C-Class, and Jaguar XE. These are some big names and highly revered ones. But Genesis, which is a sub-brand of Hyundai – like Lexus of Toyota – is aiming for the sky. It wants to be taken seriously as a genuine luxury brand in its own right, and, using some impressive packaging, components, and driving dynamics, it’s showing the world that there is an alternative.

Pricing ranges from $59,300 for the entry 2.0T. This isn’t the lowest price in the segment, but it is close and it does come with a bucket-load of standard features that rivals don’t get. For the 3.3T range, prices start from $72,450 and go up to $79,950 (all before on-road costs). You’ll be looking around for a while before you find a competitor that offers as much as 272kW in this price range. Only the continuously-discounted 298kW Infiniti Q50 Red Sport gets close, priced from $74,900 (at time of writing). 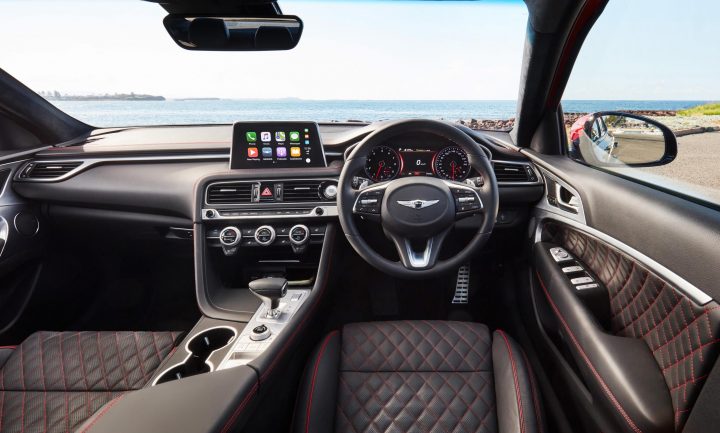 A lot. Genesis has poured everything into the G70. You’ll be left scratching your head as to how the pricing stacks up, especially against the rivals which are priced far north for this level of standard kit. Inside it is a blend of luxury and decadence, with dashes of sportiness sprinkled over the top.

The contrast stitching for the diamond-patterned leather is a quality touch, while the brushed aluminium detailing provides further contrast and an elegant theme. Most of the materials and the way things are put together feel sturdy and premium. Some of the lower sections of the cabin do feature scratchy plastics, but this is a similar story in most of the rivals.

Up on the dash all G70 models come with an 8.0-inch touch-screen media interface. You may think you’ve seen something like this before. And that’s because you probably have. Much of the operating software is carried across from some Hyundai models. Although that could be seen as a negative, it all works and the menus and apps are presented nicely. 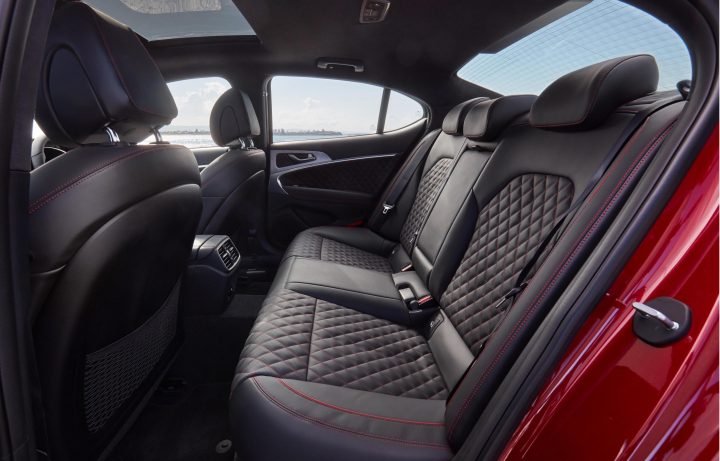 Our pick of the bunch is to go for either the Ultimate or Ultimate Sport. These come standard with an awesome Lexicon 15-speaker stereo system. If you love cranking up the tunes, and tunes that have a lot of bass, you’ll love this system. It’s a proper high-end unit that produces deep bass and perfect clarity.

Going for these variants also garners a 16-way power adjustable sports seat for the driver. It offers really good lateral support thanks to adjustable side bolsters, and roll-out under-thigh support. Other creature comforts for the Ultimate and Ultimate Sport include an acoustic laminated windscreen to reduce noise, a full head-up display system with multiple viewing modes, as well as a power-adjustable steering column.

Overall cabin space is about average for the class. The rear seat is snug, mostly due to a big driveline tunnel sticking up. Rear headroom is okay but not outstanding, and the boot space of 330 litres is overshadowed by most rivals. We’re not going to say you couldn’t use this car as an everyday car. Because you certainly could. It just doesn’t present the most room inside in comparison to the leading rivals.

The beating heart of the entire ensemble is a 3.3-litre twin-turbo V6 that generates 272kW at 6000rpm, and 510Nm between 1300rpm and 4500rpm. This is a very strong unit for this class, and this price range. It’s actually the same engine you’ll find in the Kia Stinger GT. And like that, here it comes matched to a Hyundai-Kia eight-speed automatic transmission with rear-wheel drive. 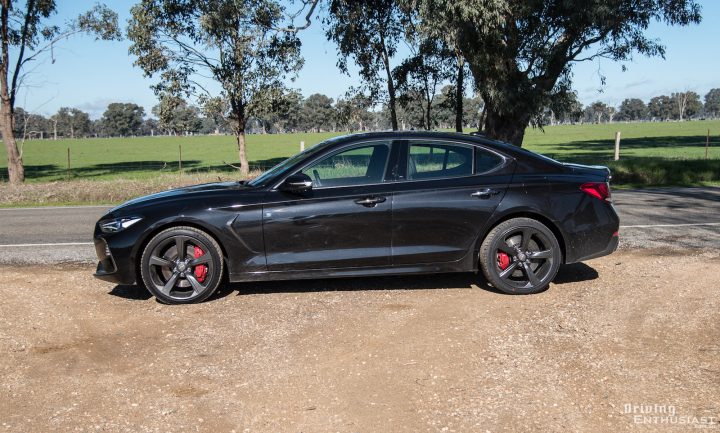 Anything that’s powered by a twin-turbo V6 petrol engine is usually a recipe for instant fun. And we guess that philosophy does apply here. Accelerating from 0-100km/h is claimed to be over in just 4.7 seconds. After a quick test during the media event, we clocked 4.8 seconds. This is an exceptional time for this level of power and for this price range in this class. It feels every bit as quick behind the wheel, with a forceful, fast-revving V6 roar transitioning seamlessly into a higher pitch howl as the revs climb.

Genesis engineers have worked tirelessly on the chassis and steering setup of the G70. And then as it arrived in Australia, local engineers then re-tuned and revised it all to suit our conditions. Across ordinary back roads the G70 does well to manage bumps and minimise their impact on the cabin and driving experience. And that’s a very good thing as some rivals are just too firm for Aussie roads.

Find yourself a long stretch of tarmac spaghetti, because this is a car that encourages you to take the long way around. The steering, while fractionally behind the class benchmark for sheer precision and feel, provides adequate feedback and directness so you can enjoy spirited turns. Zigging and zagging, pulsing the throttle between the apexes, the G70 shows excellent commitment and a nice amount of confidence. It’s not cocky confidence either. Instead, it just gets on with the job and inspires you to keep going.

Overall driving pleasure is high but we think the exhaust noise could be a bit more vocal and characterful. This is a twin-turbo V6, after all. Some buyers might be expecting something a little more lively in this department. Fortunately, it’s not hard to head into your local exhaust fixer-upperer to get a more substantial muffler or full system fitted up. Which would surely do the trick. 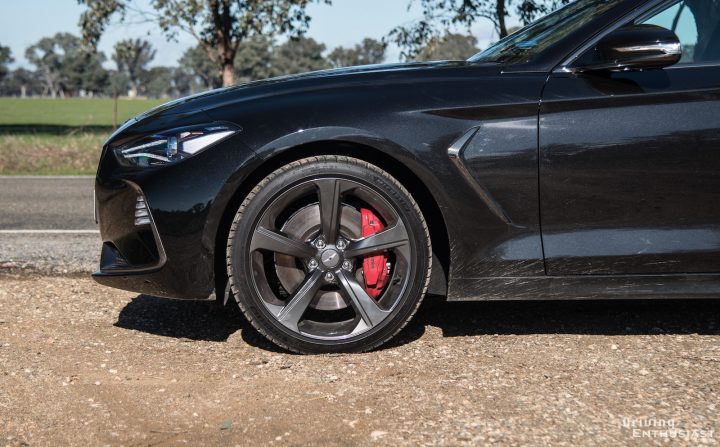 As a first crack at a very well established and monitored segment, the new G70 in 3.3T form proves to be a hopeful sign of things to come from Genesis. It offers exciting performance that puts some European competitors to shame, especially for the price.

The packaging is very well considered, too. And the after-sales care is simply class-leading thanks to a 5-year warranty and free servicing program. We also think it looks athletic and distinct, which could provide a point of difference and exclusivity in this familiar class. 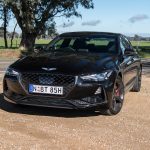 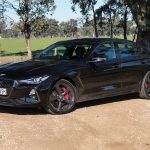 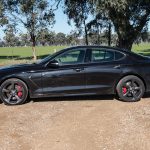 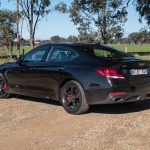 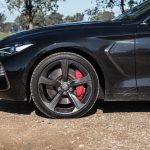 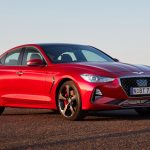 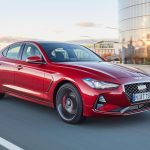 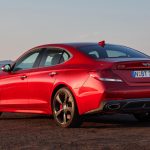 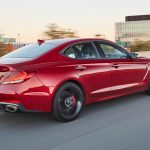 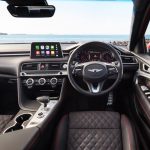 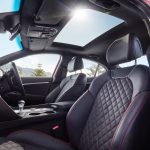 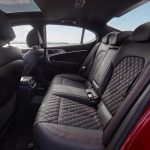 It gets our two thumbs up. We thoroughly enjoyed driving this little sports sedan. It feels agile, fun and exciting, yet it can be driven calmly and smoothly, in true executive style. On that note, it is something of a sleeper. You don’t immediately expect this to be quite as quick and as capable as it is. Take one for a test drive and you’ll find out for yourself.