Rumours of a Nissan Navara Nismo performance ute are circulating, with some sources suggesting it could come in as a proper performance model potentially featuring Nissan/Infiniti’s VR30 twin-turbo V6 petrol engine. 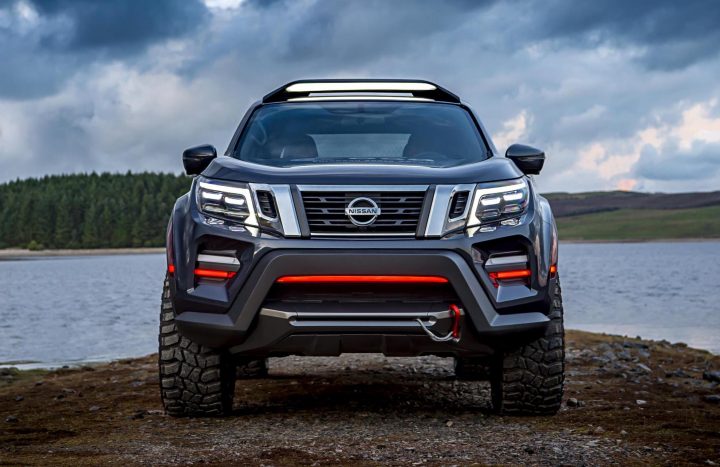 Nismo said a couple of years ago that it is intending to increase its production car fleet and move into new segments. At the moment the sub-brand offers specially-tuned and enhanced versions of the Nissan Juke, Nissan 370Z, and the GT-R. There has also been special versions of the Patrol and LEAF overseas.

In Australia, the Navara is the second best-selling Nissan in the range behind the X-Trail. During 2018, Aussie customers purchased 16,469 Navaras, compared with 21,192 X-Trails. And you only need to take a look at what some of the competitors are doing for the ute segment to see what a great idea a Nissan Navara Nismo would be. Speaking in a Drive report last year, Nissan Australia’s managing director, Stephen Lester, said:

“There is no official status of Nismo and Navara. What we have said and will continue to discuss internally is our desire to see a performance model based on Navara – I think there is a perfect market here in Australia for it. There is no denying the ute segment is very strong and will continue to be, and there is a lot of successful competitors there and we, being Nissan, believe we have the capability to deliver a product that Australian consumers would lust after. Our view is there is a market demand there and we would love to see Nissan bring that to life.” 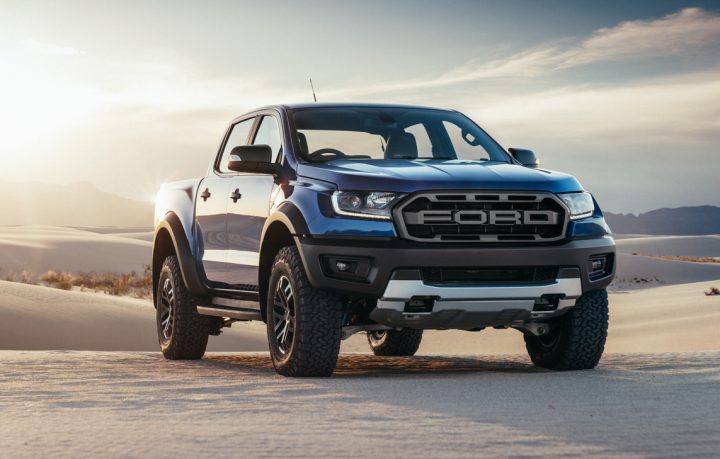 Ford recently introduced the Ranger Raptor (above), which features only cosmetic and suspension enhancements, and then you have the HSV SportsCat which follows the same theme. To an even lesser extent, Toyota offers the HiLux Rugged X, which is only about cosmetic enhancements, and there’s the Holden Colorado Z71 which is much the same.

According to reports Nissan is building a business case for a Navara Nismo, and it’s understood the Japanese company doesn’t want to simply create a cosmetic special edition sticker pack like the aforementioned models. Even Nissan has jumped on board the special edition theme, introducing variants like the Black edition (below). Instead, there’s talk of some proper performance modifications in the works. 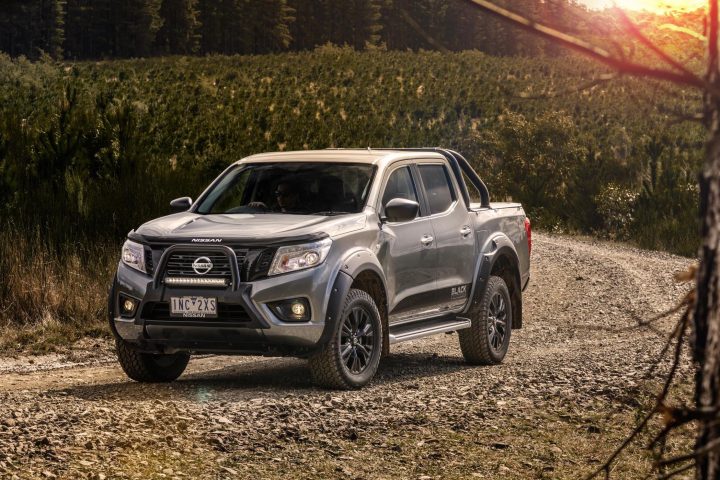 In the engine bay, rumour has it Nismo is looking at removing the 2.3-litre twin-turbo diesel four-cylinder and replacing it with a petrol engine. It doesn’t take a genius to realise Nissan only has a few petrol engines under its belt that would make worthy candidates for the ute.

Firstly, it needs torque. Being a near-2000kg vehicle, a 1.6L or 2.0L turbo petrol four-cylinder probably isn’t going to cut it. The diesel already offers 140kW and 450Nm. This means the cylinder count is likely to be nudged up to six.

Nissan could borrow the Mercedes-Benz 3.0-litre turbo-diesel, which is already in use in the X-Class. Remembering the X-Class is actually based heavily on the Navara, this engine would obviously require the least re-engineering to install. 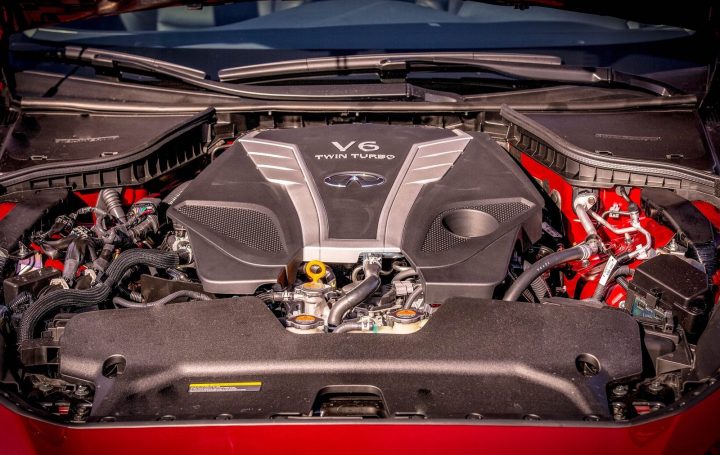 We see the former being the most likely as 300kW might be a bit too ambitious for something that is underpinned by an old-school ladder-type chassis with a live axle rear end. Even so, 224kW would make it the most powerful ute in the segment. 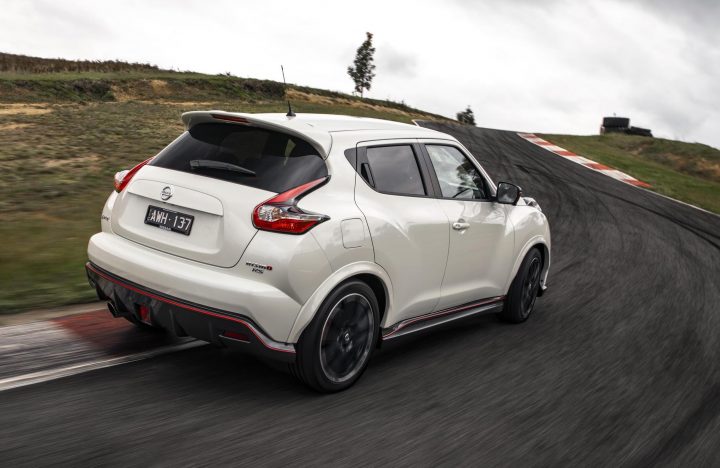 Nismo isn’t set to stop at the powertrain. It has vast experience in tuning suspension setups. In the Juke Nismo (above), for example, there’s a beautiful Nismo-engineered setup which we think is actually a lot more comfortable yet sportier than the standard Juke system.

The Navara is available with a coil-spring rear end, but only in top ST-X form – the rest use leaf springs. Nismo will probably want to utilise the coil arrangement for outright compliance and handling. There’s also a chance Nismo will fit some more hardcore dampers and springs for increased bound and rebound for performance off-road driving. 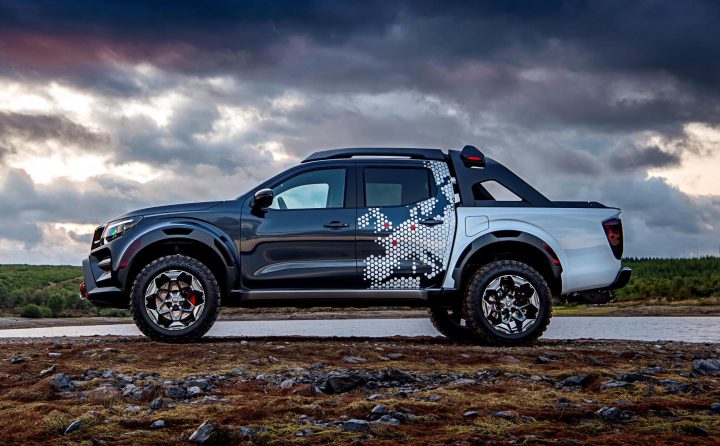 As for the design and interior, we’d expect some inspiration to be drawn from the Navara Dark Sky Concept (above). Expect things like pumped wheel arches, large alloy wheels wrapped in aggressive tyres, beefy protection plates front and rear, and bespoke front and rear bumper bars. A similar theme is set for the interior, with sports seats, lots of Nismo branding, Nismo pedals and gauges, and the full suite of luxuries offered in the ST-X.

At this stage it is still a bit of a pipe dream, but according to sources it is very much a project on the cards. As far as we understand it, it’s just a matter of getting the green light from the bigwigs upstairs. Fingers crossed then.