Check out this. It’s the new 2020 Ford Focus ST, by the looks of it. Some smart cookie has managed to capture some photos of it in what appears to be a Ford factory of some kind. 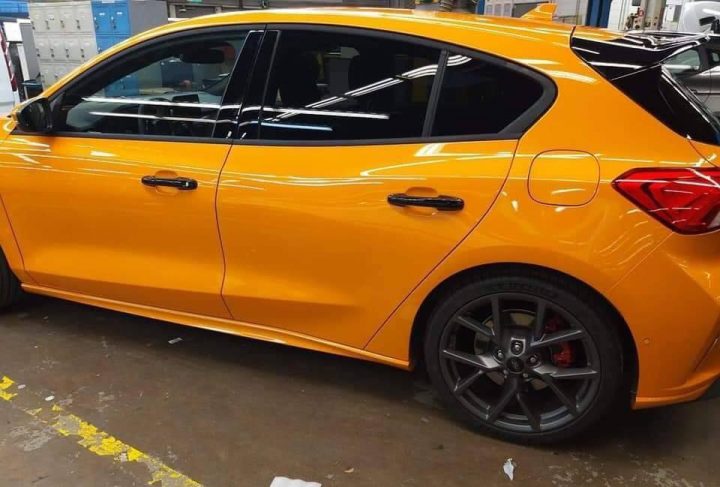 This is the first time the new model has been seen in full. It’s based on the 2019 Ford Focus, which is just going on sale in Australia now. You’ll spot the new-look grille and peeled-back headlights, and the slightly more bulbous panel contours of the new hatch.

In ST form though the chilli factor is turned up to somewhere in the thousands. There’s fashionable black trimmings, including the front grille and side inlets, dark grey wheels, and a gloss black spoiler at the back. Interestingly, there isn’t an ST badge on the back.

Doubts as to whether this is the real deal soon dissolve when you look inside. Yep, that clever cookie we mentioned above also managed to snap some pics of the interior. And there, clear as day, are a set of ST seats. At first it could be seen as an ST-Line variant, but the seats, Recaro no less, put this one in the bag.

Details of the under-bonnet stuff are still firmly in the hands of Ford’s officials. According to reports though the 2020 Ford Focus ST will come with a 2.3-litre turbo four-cylinder, lifted from the Mustang. Outputs are expected to sit at around the 213kW/440Nm mark, just under the latest Mustang four banger (224kW/441Nm).

With this much power the new Focus ST could have a good time battling with the likes of the Hyundai i30 N and Renault Megane RS in the front-wheel drive hot hatch hierarchy. These dish out 204kW and 205kW. But, the Hyundai develops 353Nm and the Renault generates 390Nm. Even the king of FWD hatches at the moment, the Honda Civic Type R, musters 228kW but 400Nm. With, potentially, up to 440Nm, the Focus should kill it.

Matched up to the engine, speculations stipulate a six-speed manual as standard, and maybe an automatic option of some description. Like the old model, the 2020 Ford Focus ST will remain front-wheel drive of course, but there might be a clever new differential to help sort out the power and torque.

We reckon an official reveal will take place very soon since it looks like production has already commenced. What do you think of it? Feel free to comment below. 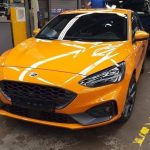 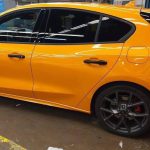 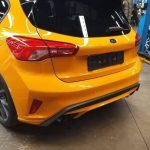 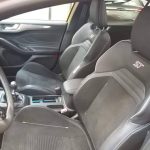