What’s the fastest car to ever lap the Nurburgring? Well, it was a Porsche 956 C racing car, from 1983. But now Porsche has just confirmed that it is the Porsche 919 Hybrid Evo racing car, recently setting a blistering lap time of just 5:19.546. 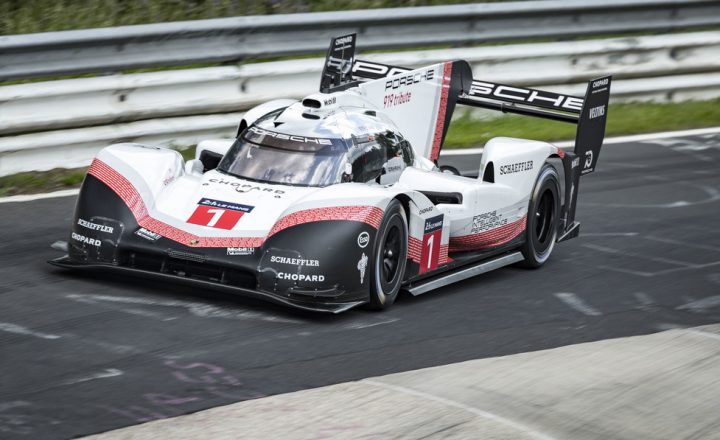 The Nurburgring is a notoriously demanding and dangerous 20.8km circuit in Germany. To get around in under 10 minutes usually means you’re doing pretty good. Le Mans ace driver Timo Bernhard has just proved the human being can actually break through the laws of physics.

He took the 919 Evo, which is a development of Porsche’s World Endurance Championship racing cars, around the circuit almost a minute quicker than the previous record of 6:11.13. It’s interesting that the old record has stood for 35 years now, proving just how serious the circuit is. 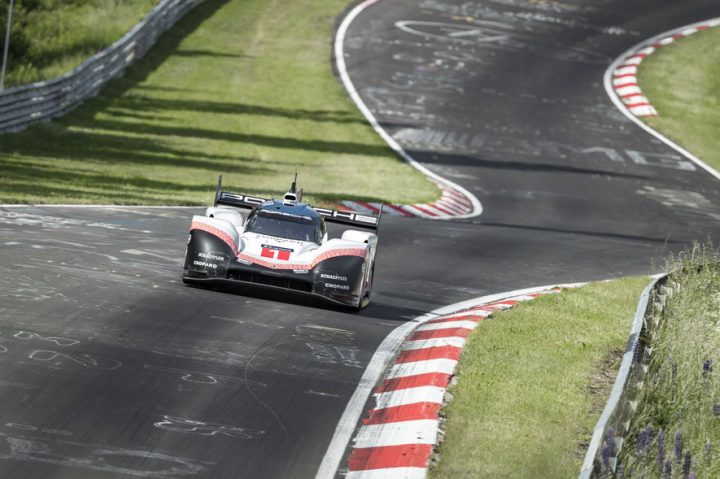 Not too different from the 919 Hybrid racing car, the Evo version features a 2.0-litre turbo V4 engine that’s capable of producing 537kW alone. This, although probably enough to create some awesome lap times itself, is assisted by electric motors that provide all-wheel drive grip and another 328kW. Given the structure of the car is so lightweight, tipping the scales at just 849kg, the power-to-weight ratio is obviously one of the keys to its success.

Also a key ingredient is the aerodynamics package. The body is designed purely for downforce and aero purposes. The huge wing at the back and the tarmac-sucking splitter at the front helps keep the 919 firmly planted on the ground, especially at the bonkers speeds it achieves at the Nurburgring.

Porsche has released a full onboard lap video of the triumphant effort. Be warned though, after you watch it, you’ll never want to watch an onboard Nurburgring lap video of any other car ever again. This thing is ridiculously fast. It’s interesting to watch the 919 hit some of the jumps on the circuit too, with absolutely no hiccup of air experienced. Amazing stuff. Check it out below. 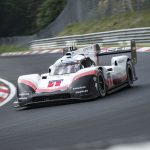 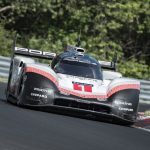 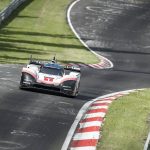 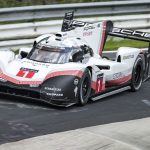 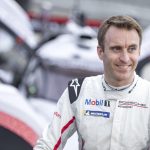