Hennessey Venom F5 will blow your mind with 1600hp

Like going fast? Really fast? American tuner and vehicle manufacturer Hennessey Performance has just unveiled its latest and greatest car, the Venom F5. It is looking to take a seat on the world’s fastest car throne. 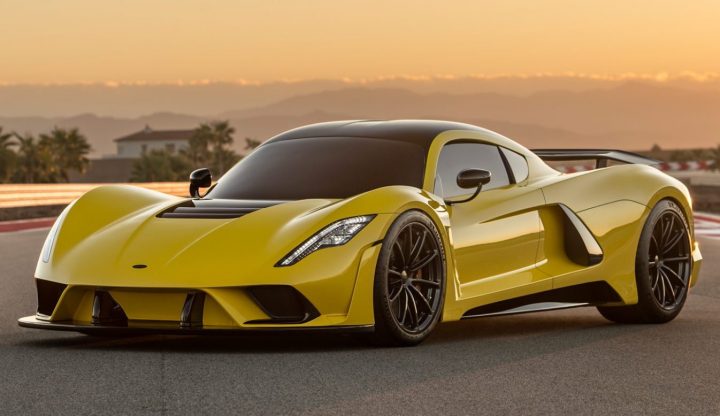 Succeeding the Venom, the F5 uses a completely different body, with shards and angles going on in every direction. There’s a massive rear wing at the back, big side intakes, a very sleek roofline, and a low race-like spoiler at the front. All of this provides a drag coefficient of 0.33.

To get the beast moving there’s a twin-turbo V8 engine that develops a mind-shattering 1600hp (1194kW). 1600hp and it’s a road car. This is just insane. You’d only need to feather the throttle to get things really shifting.

Speaking of which, shifting is done through a seven-speed automated-manual transmission feeding into a rear-wheel drive system. How this thing gets off the line in any sort of speed we don’t know. It must spin the wheels pretty freakin’ hard if you’re not careful.

If it does it will certainly claim a new world record. At the moment the fastest production car to ever be verified by Guinness is the Bugatti Veyron Super Sport with a speed of 431km/h. It shouldn’t be too hard for Hennessey to reset the record books if it’s aiming for a much higher speed.

At this stage the Texas-based company is planning to build just 24 examples of the Venom F5. However, if you’ve got the money or your an oil tycoon in the Middle East, we’re sure Hennessey will make as many as you like. Prices start at US$1.6 million. 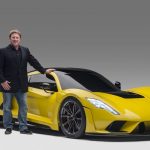 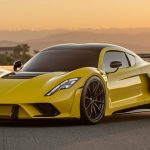 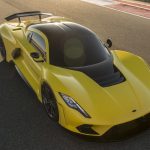 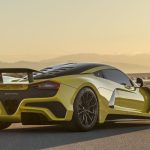