There’s an all-new hypercar on the horizon, and its the work of Gordon Murray. Yep, the guy behind the epic McLaren F1 of the 1990s. This new model goes by the name of T.50. A teaser image has been handed out to give us some clues.

According to Gordon Murray Automotive, the T.50 is being created as a spiritual successor to the McLaren F1. The company even boasts that it will be the “purest, lightest, most driver-focused supercar” ever made. Well that’s a pretty big statement isn’t it? What’s the idea for the power? 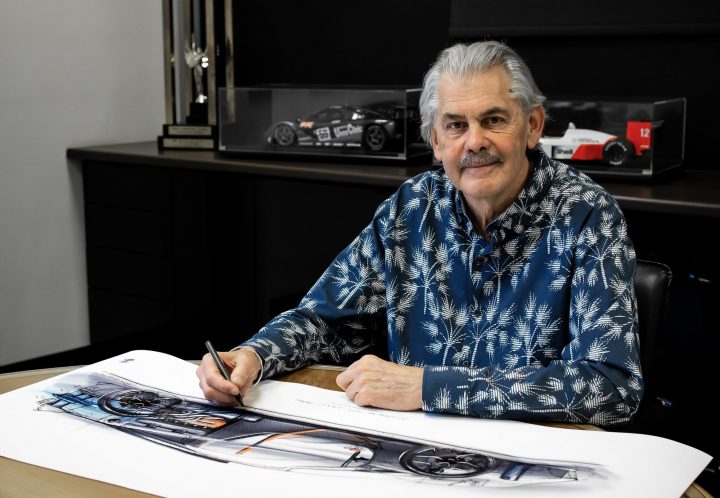 Behind the passenger compartment are plans for a naturally aspirated V12 that’s capable of revving to a mind-blowing 12,100rpm. And it’ll generate 650hp (485kW) and 450Nm. That doesn’t sound like much power for a modern hypercar, but Gordon Murray Automotive says the T.50 will be very light.

Thanks to a carbon fibre tub the T.50 is set to weigh just 980kg. At this weight it really will come in as the lightest weight car in its class. Obviously the power-to-weight ratio will be extraordinary, which should result in incredible acceleration and speed. 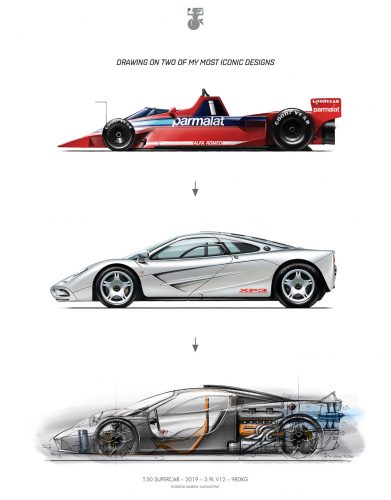 Interestingly, Gordon Murray Automotive is talking about a H-pattern gearbox and a rear-wheel drive system. It’ll also feature a three-seat cabin layout with a central driving position just like the McLaren F1. Speaking of the car and the plans, Gordon Murray is quoted in a statement as saying:

“An unflinching dedication to lightweighting, highly-advanced active aerodynamics and world-leading standards of advanced engineering will ensure the T.50 rewrites the supercar rulebook. Our experienced team is applying the same uncompromising approach to design and engineering that shaped every facet of the F1, and they are able to deliver substantial improvements over that car in every meaningful way.”

All of the engineering work behind the T.50 is being carried out by Gordon Murray Design and then it will be produced by Gordon Murray Automotive. All major components will be UK-sourced as well to ensure it is as British as possible. Just 100 examples are set for production, with deliveries scheduled for 2022. Prices will be in excess of £2 million. Check out the preliminary specs below. 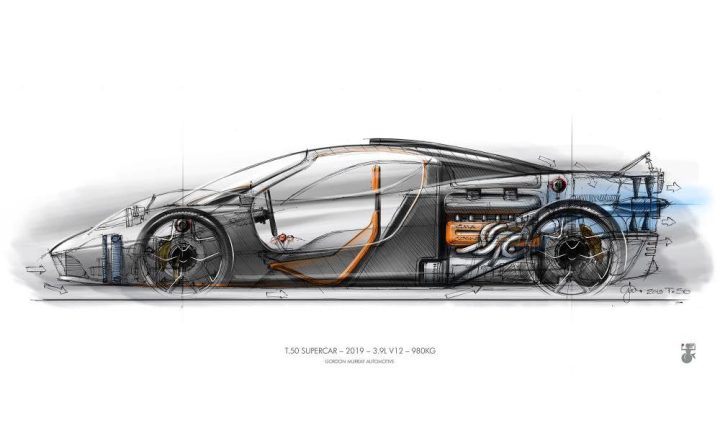