Summernats is arguably the biggest horsepower party on the planet. 2000 cars. 100,000-plus people. It doesn’t get any bigger if street machines are your thing. We attended Summernats 32 to capture various pieces of content – and also to have a mad time. This is an event where you will never get bored. Ever.

The start of the video kicks off just after the camping area. We thought we’d give that area some privacy and start and finish the video around that. Where we kick off is where a lot of punters enter the event, which is also near where the new drifting area is. We then pass by the old entry to the burnout pad, and then onto the main strip where all of the exhibition halls and commercial stands are. This area is always packed full of people and cars doing laps – just like us. 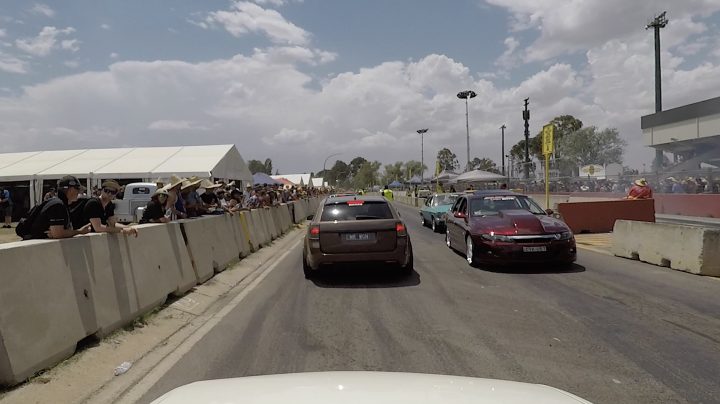 The first real corner is the right hand turn onto Tuff Street. This is a spot that’s got more skid history than any other street in Australia. This year the awesome crew from Summernats came up with the idea for ‘Skid Row’. This would be a dedicated, one-way, barricaded section where entrants can line up and lay a set. From what we could see it definitely proved to be popular with both drivers and spectators.

The road you drive around you’d be lucky to go more than 20km/h. Like we said above, there’s 2000 cars jammed into the venue. And there’s also 100,000-plus people to look out for over the four-day event. It’s not about speed at Summernats. It’s about cruising and having a good time with your mates. Sure, most will let a little skid rip on the route, or, in the case of the VL Turbo we did a lap in, a little skid and some ‘doseage’. And by skid we mean screech. Skids are best left for Skid Row. 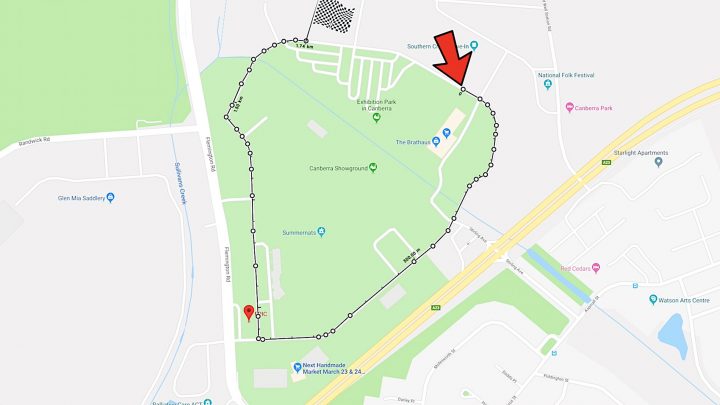 If you’ve never been to Summernats, do yourself a favour and make sure you go. Even at least once. There’s no place on Earth where you’ll see Aussie street machine culture like Exhibition Park at the start of January. Take a look at our loop video below to see what it’s all about.