Keiichi Tsuchiya to compete in 2018 WTAC at Sydney Motorsport Park

It’s been revealed that Keiichi Tsuchiya, Japan’s most famous drift king, will be competing at this year’s 2018 World Time Attack Challenge (WTAC) at Sydney Motorsport Park. The ‘drift king’ was at last year’s event driving his Toyota AE86 Sprinter Trueno (below) in front of thousands of fans in a series of exhibition laps. 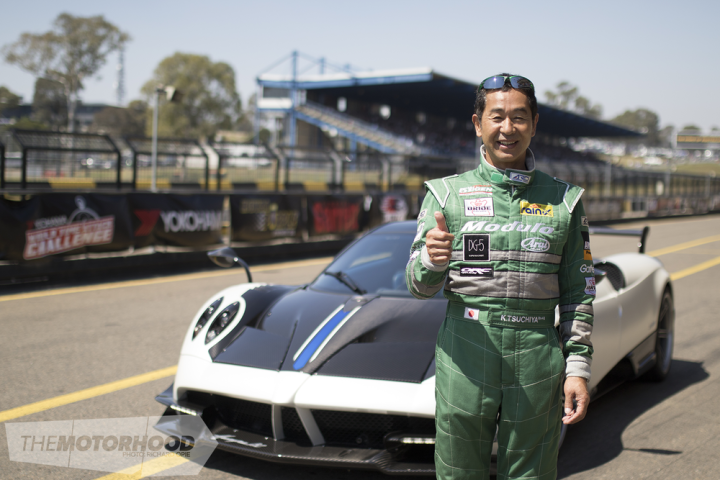 “He’s (Tsuchiya) not just a racing car driver. He’s a car enthusiast. The stuff he does with Hot Version and all that stuff in Japan is all because he loves doing that. So, to be able to be involved with us, he loves it. What I will tell you is he’s actually entered this year. So, he’s actually driving in competition. I can’t tell you what he’s driving but what I will tell you is it’ll blow your mind when you do see it.”

Tsuchiya also attended the 2016 WTAC, driving exhibition laps in a very rare 555kW AMG-powered twin-turbo 6.0-litre V12 Pagani Huayra BC. Tsuchiya is no stranger to cutting fast laps, once snapping up second place at the 1999 24 Hours of Le Mans in a Toyota GT-One. This was the same race that Mark Webber’s Mercedes-Benz CLR flipped up in the air and came crashing down.

The 2018 WTAC should be a cracker if the 2017 event was anything to go by, given Tim Slade, V8 Supercar driver and pilot of the MCA ‘Hammerhead’ S13 Silvia, took the top step of the podium with a flying 1:20.97 lap time. It’s anyone’s guess as to who will be the first to go under the one-minute twenty-second mark.

The 2018 WTAC will be held at Sydney Motorsport Park over two days from Friday October 12 to Saturday October 13.