Still hanging on to hopes that Mazda will reintroduce its legendary rotary-engined RX sports cars? Got some money aside ready to hand over for a Mazda RX-9 as soon as one is announced? Well, rumour has it Mazda is indeed working on a new ‘RX-9’ of sorts, but it won’t feature a rotary engine. Say, what?

Yep, according to a rumour stemming from a Jalopnik report in the US, Mazda is planning a new sports car. Citing an anonymous source from “a well-placed individual at Mazda”, the engine won’t be a return of the Wankel rotary. Instead, it’s set to be powered by a new turbocharged straight-six petrol engine. 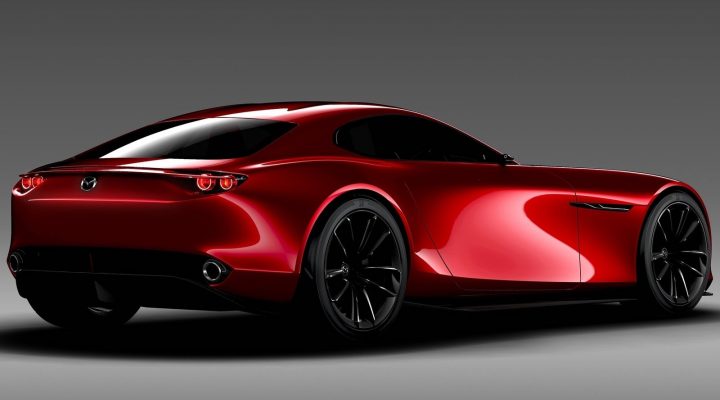 It might seem like a pipe dream (or the perfect combination?) but there are some clues if we dig a little deeper. In May last year Mazda outlined plans for future production powertrains during a big presentation, with a 56-page document showing some pretty hard details of the new units (see picture below).

For “small architecture” vehicles, upgrades are on the way for the Skyactiv-G and -D engines, there’s mild hybrid tech coming (which we’ve already started to see), as well as a Mazda-developed battery-electric system known as xEV in the works. There’s also going to be some updates to the Kodo design language, which, again, we’ve starting to see come through with the latest Mazda3.

Getting to the point though, plans for “large architecture” vehicles include straight-six Skyactiv-X (petrol) and Skyactiv-D (diesel), using a longitudinal layout. That means rear- and all-wheel drive in our books. 48V mild hybrid and plug-in hybrid are also mentioned. 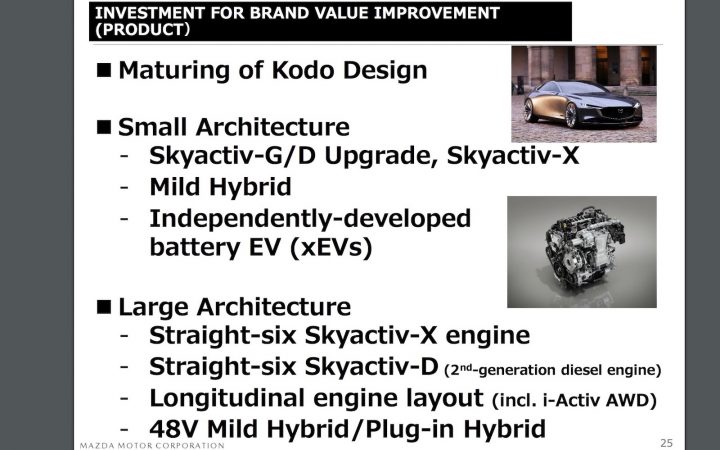 At the moment, it doesn’t take long to realise Mazda doesn’t really offer a dedicated performance engine. Nothing more powerful than its 2.5-litre turbo-petrol four-cylinder anyway. That produces 170kW and 420Nm in the latest Mazda6, CX-5, and CX-9. The torque is pretty good by today’s standards but 170kW really isn’t all that impressive, and probably not enough for a Toyota Supra and Nissan 370Z competitor.

No details have been revealed or talked about yet on power outputs regarding the new straight-six, but as the document shows, it will be a ‘Skyactiv-X’ unit. That means it’ll feature the clever new Spark Plug Controlled Compression Ignition (SPCCI) technology, which is essentially the ability to run with sparkless ignition – like a diesel.

Even if we take a very basic set of principles and calculate a very crude estimate, the new engine could produce around 250kW. How did we get to that figure? Well, the current 2.0-litre Skyactiv-X four-cylinder, that runs a 16:1 compression ratio, produces 132kW and 224Nm in Euro specification. If the straight-six is a 3.0-litre, which is a pretty standard capacity these days for a six, at 66kW/litre it equals 198kW. Add a turbocharger and it would be reasonable to expect around 50kW more. But again, this is only a quick hypothesis. 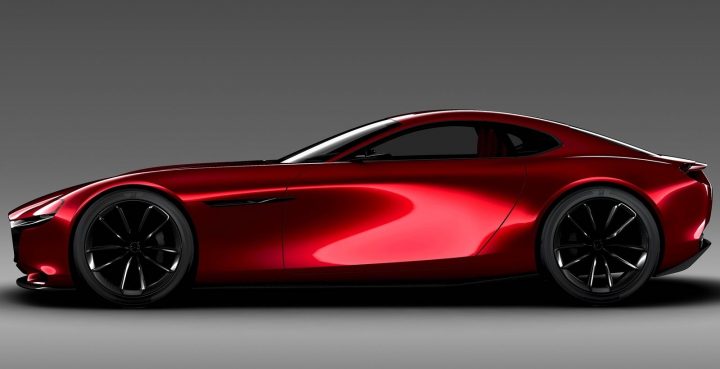 It will probably… Actually, it will definitely upset a lot of hardcore and traditional Mazda RX fans, switching to piston power. After all, all RX models in the past featured rotary power. But we can see why Mazda might switch to pistons. Emissions laws are getting tighter and tighter, especially in some key markets (Europe and USA). This would make a rotary fairly unfeasible without a drastic rethink of the design.

In our opinion a straight-six wouldn’t be such a bad thing. Many legendary sports cars over the years featured a straight-six. They usually offer a very well balanced and smooth power delivery, and a lovely soundtrack. Anyway, keep those fingers crossed and keep those savings aside, because one day, with a bit of hope, there will finally be a new Mazda RX-9. 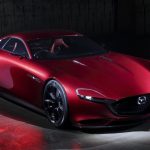 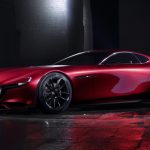 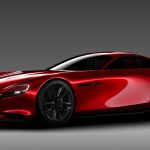 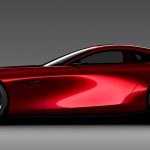 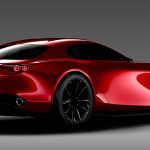 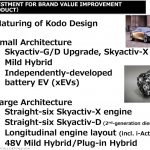