There’s no doubt the new BMW M2 Competition is a driftmeister. But is that all it is? What about BMW’s renowned luxury and refined motoring? Is that still present? Why don’t we stop asking questions and just take a closer look and see. 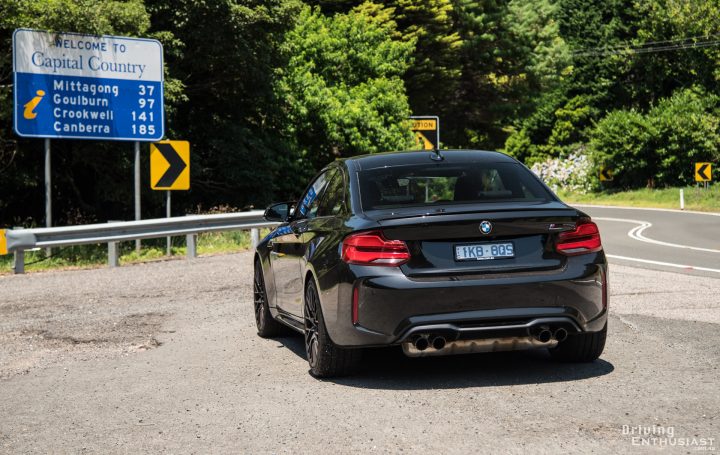 The M2 Competition is part of an LCI facelift for the sports coupe, with Competition specification applied to create a new flagship variant. It’s inspired by the Competition variants of the M3/M4 and M5, and more recently the X3/X4 M Competition. Like those, there’s more power from the engine, revised chassis and handling, and discreet enhancements to the design.

Underpinning the M2 is the old 1 Series rear-wheel drive platform, and obviously shares much of its foundations with the regular 2 Series. However, the M2 isn’t technically a product of BMW, but a product of BMW M. Development and design took place at M division, while production is carried out at BMW’s Leipzig plant in Germany.

In Australia the buff little coupe starts from $99,900 for the M2 Competition Pure, and from $104,900 for the regular Competition which doesn’t hold back on luxuries like the Pure version. 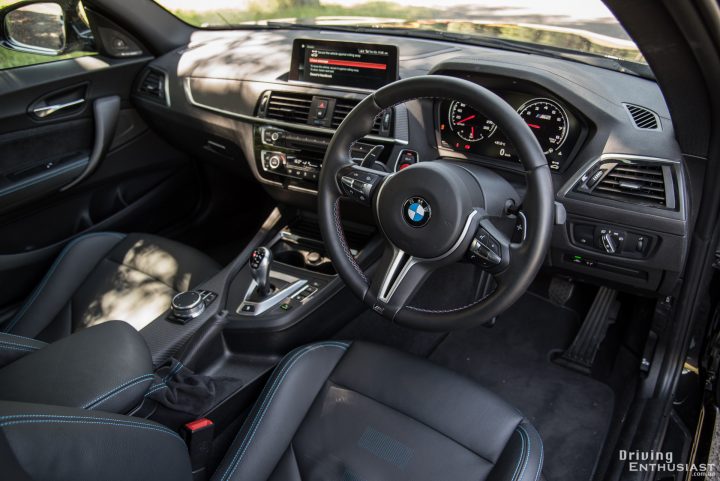 Being the flagship 2 Series means it does come fully loaded. Special Competition bucket seats in the front with power adjustment and Alcantara inner trimming, dual-zone climate control, and an 8.8-inch multimedia screen with iDrive hand control, jammed full of apps and things to keep you busy while you’re sitting at the lights.

The screen, which can be used like a touch-screen, does miss out on BMW’s very latest 7.0 operating software and instead uses the 6.0 system. We find it to be very easy to use, with tiles spread horizontally and big clear menus. The 7.0 system goes back to a list-type layout, although it is more in-depth.

What you’re probably more interested in though is what sits beneath the bonnet. There lies the 3.0-litre twin-turbo straight-six lifted from the M3 and M4. This unit, known as the S55, has been detuned slightly and produces 302kW at 7000rpm, and 550Nm between 2350-5200rpm. Torque is the same as the M3/M4, but power is down from 317kW/331kW (regular/Competition). 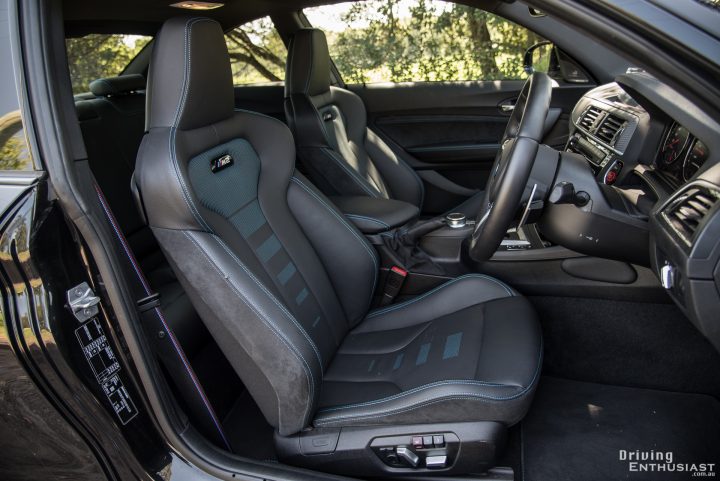 At first you might complain and ask why is the power turned down. But as you soon understand after only a short drive, this is plenty enough power for the M2. Also, if it had the same power as the bigger brothers, what would be the point of having them? After all, the M2 weighs about the same as the M4, so it’d be just as quick with the same power.

Some of the other hardcore hardware featured with the Competition include unique 19-inch alloy wheels, measuring 9 inches wide on the front and wrapped in 245/35 tyres, with 10 inches wide on the back with 265/35 tyres. The tyres are the super-sticky Michelin Pilot Super Sport hoops. The suspension setup is also exclusive compared with the regular M2, and there’s additional chassis bracing, revised engine and oil cooling, and a locking M differential. The usual black exterior highlights help set it apart from the regular model. 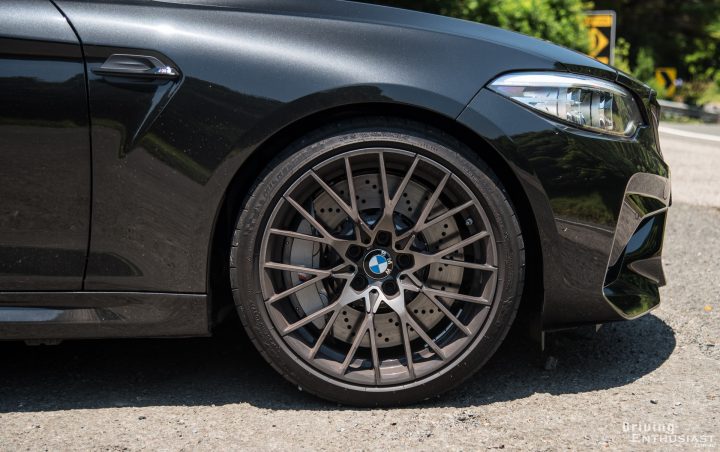 The fun factor is off the chart. This thing is an absolute giggle-fest. Every time the exhaust burbles and splutters with each gear shift, and every time the rear tyres scurry for traction, you just can’t help but burst out a smile. It is properly fun to drive. The whole idea of shoving an M3/M4 engine into a 2 Series is already insane. So what else could you expect from the drive experience?

This isn’t just about drifting and turning the rear tyres into atmospheric matter, though. All of that stuff is totally available if you’re up for it. But if you want to simply go for an enjoyable drive on a nice road, the M2 Competition isn’t something you should be frightened of. It’s actually very planted and secure right up to its limit. 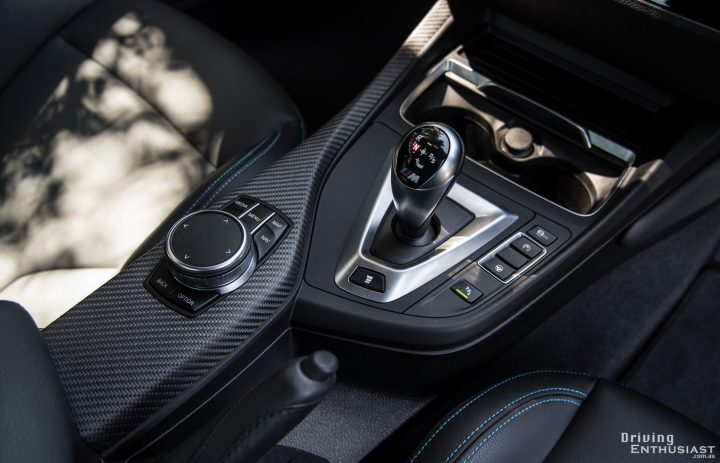 Traction comes thanks to the awesome Michelin Pilot Super Sport tyres which grip and claw the road, flexing ever so much under power. Leaving the stability control program engaged is a good idea if you’re not used to this kind of vehicle; a very powerful rear-wheel drive that upshifts in no time at all. Because if you turn it off, upshifting during heavy throttle results in copious wheelspin.

Under full-throttle power this thing hauls hard. It’ll spin the wheels well through second gear if you want it to (see video below), or it can hook up and propel forward if you’d prefer. We clocked 0-100km/h in a cracking 4.3 seconds, and BMW claims 4.2 seconds. On a slick surface, we think it could do even quicker than BMW’s claims.

Being a BMW the overall drive experience is very rewarding, engaging, and of premium nature. The M2 cruises quietly on the highway, with minimal wind noise or vibration, and the steering and overall feel is very secure and planted. It really does provide the best of both worlds in terms of a fun yet quality experience. 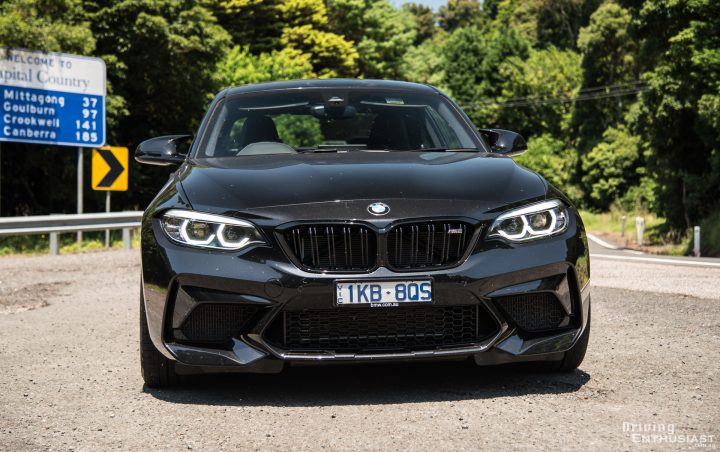 If you love traditional BMW handling you’ll adore the M2 Competition. On the other hand, if you’re after the quintessential rear-wheel drive motoring experience, this is also the car for you. We’re not sure if there is anything not to like about it. We guess it kinda makes the M3/M4 redundant in some ways? 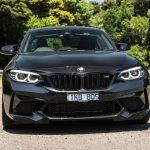 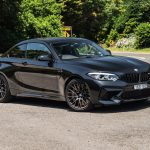 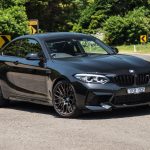 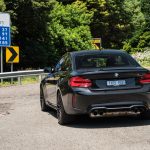 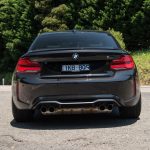 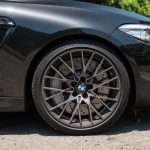 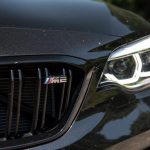 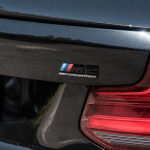 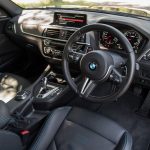 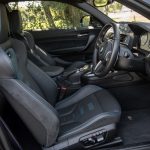 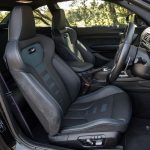 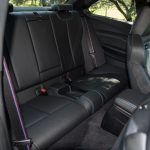 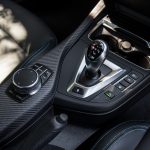 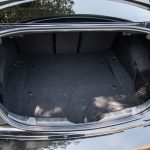 Although it is an absolute laugh in terms of straight line speed and drifting capability, the M2 Competition is also a very serious and committed sports car. Build quality, luxury and the level of standard equipment are all worthy of merit. Add all of this together and you’re left with a very desirable drivers’ machine.