Here’s a rare opportunity to snap up one of the pioneers of the sports sedan world. We’re talking about a 1974 BMW 2002 Turbo, which is going up for auction next month in the UK. 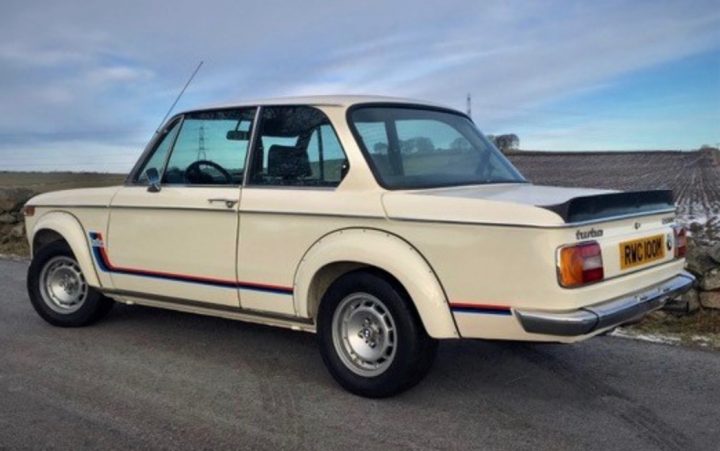 BMW’s Paul Rosche developed the engine. You might recognise his name as he later developed the legendary S14 engine featured in the first BMW M3 ‘E30’. The 2002 Turbo engine was based on the 2.0-litre four-cylinder from the 2002 Tii, featuring mechanical fuel injection and a KKK turbocharger.

Despite using a compression ratio of just 6.9:1, the engine produced an impressive 127kW and 240Nm. These figures are still quite respectable by today’s mid-size car standards. The original 0-60mph time of 6.9 seconds is also dashing by today’s standards. And in the 2002, which only weighed about 1000kg, it’s no wonder it was the fastest BMW of the day. Due to a lot of turbo-lag though and the oil crisis around its era, BMW pulled the pin on the 2002 Turbo in 1974. 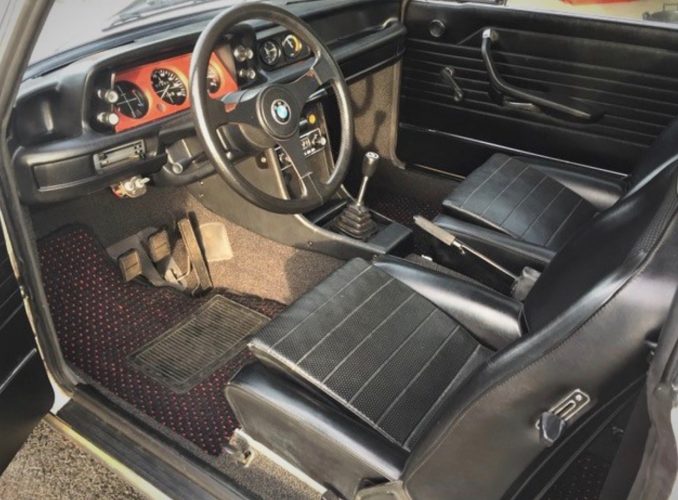 Just 1672 examples were built in its short stint in production. So, as you can probably assume, examples nowadays are very rare and highly sought after. This example going up for auction is in left-hand drive, featuring just 57,583 miles on the clock (about 92,709km).

According to the auction lot description, the car was originally purchased in the UK on May 3, 1974. It has since exchanged hands three times, with the current and third owner holding onto it for the past eight years. There’s a full service history with documents and receipts from over the years, and it’s apparently in very original condition.

One of the only modifications is to the turbocharger. Instead of the notoriously laggy KKK unit, the original owner had it swapped for a more modern unit. And now since then the turbo has been swapped again, this time for an IHI option to help further reduce lag and improve efficiency. 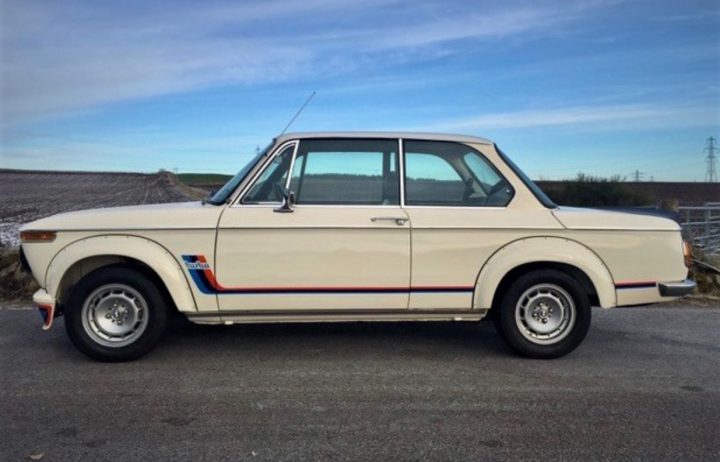 The car is still wearing its Chamonix White paint and rolls on the classic ‘Turbo’ alloy wheels. It even still has the classic BMW Motorsport pinstripes along the sides and over the distinctive front spoiler. There’s also the classic rubber spoiler mounted on the boot (whatever happened to these?) still intact, along with the pumped wheel arches that are riveted on.

It’s believed only around 500 examples of the 2002 Turbo are still in existence today, making this example all the more attractive. You’ll be able to bid on the car during the 2019 Silverstone Classic Sale, which runs from July 26-28. Viewing takes place on the first two days and the main event on the 28th. For more info head over to the Silverstone Auctions website. 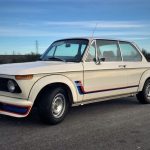 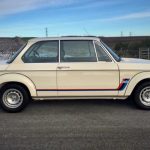 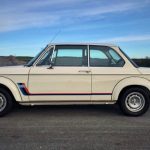 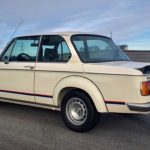 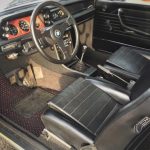 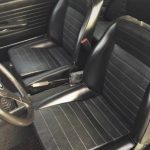 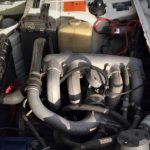