The 2020 Toyota LandCruiser 300 Series rumour pot is still simmering, and the latest condiments and spices to be added in include the idea of the V8 twin-turbo diesel being replaced by a V6 turbo-diesel. There’s also talk of a V6 hybrid.

Toyota announced in December 2017 that it is planning to offer electrification “across its entire lineup by around 2025”. Not our words. This was in a statement sent out by Toyota. This means that all models will be at least offered with at least a hybrid option by this time. And that means even the HiLux and LandCruiser and HiAce.

“By around 2025, every model in the Toyota and Lexus lineup around the world will be available as either a dedicated electrified model or have an electrified option,” that’s what Toyota said. 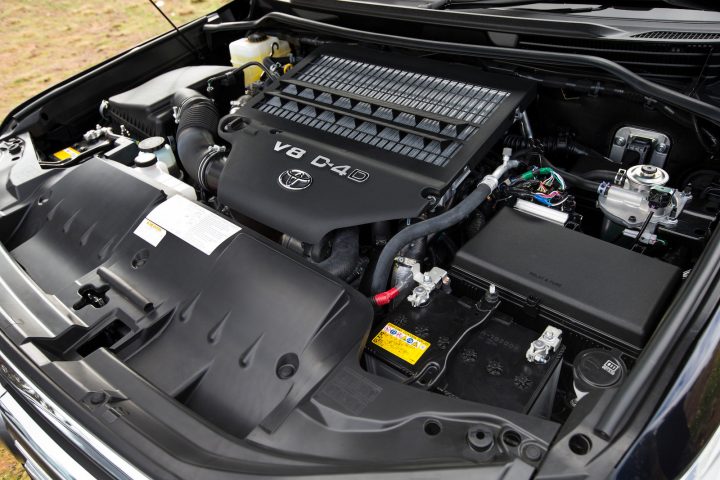 It doesn’t take a brain surgeon to add up the clues here; the LandCruiser will eventually be a hybrid. The latest word on the ‘net is that Toyota is considering a hybrid for the next-gen LandCruiser 300 Series. But more pressing is what to do with the existing 4.5-litre twin-turbo ‘1VD-FTV’ diesel V8 engine and the 4.6-litre ‘1UR-FE’ petrol V8.

As we reported back in February, it looks like the petrol V8 will be replaced by the new 3.5-litre twin-turbo V6 petrol ‘V35A-FTS’ engine that’s currently used in the LS 500 (that blue beauty below). At the moment, the LS 500 is the only application for this unit, but we suspect its use will be expanded and could even power flagship versions of the GS and a performance ‘IS 400’ sedan. But also, the 300 Series LandCruiser. 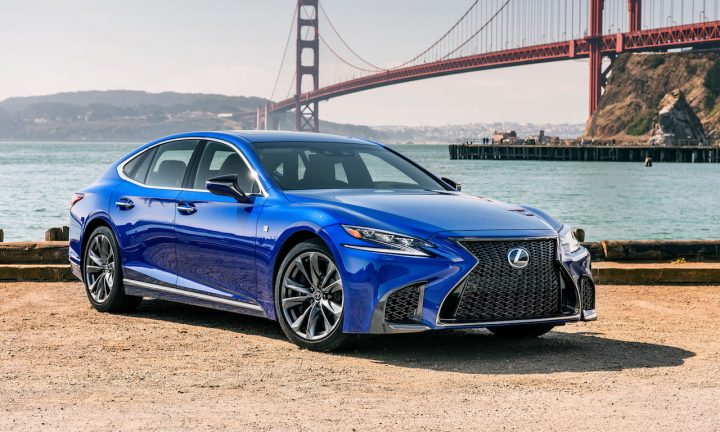 Toyota hasn’t confirmed anything at this stage, telling media that it is still looking into various options. However, the 3.5TT seems like a pretty obvious solution to help reduce consumption and emissions over the petrol V8.

As for the diesel. Well, the diesel option is by far the most popular choice for Australian customers. However, overseas, diesels aren’t as popular and instead buyers tend to go for turbo-petrol options. However, according to a recent CarAdvice report, Toyota may be developing an all-new turbo-diesel V6 for the LandCruiser. 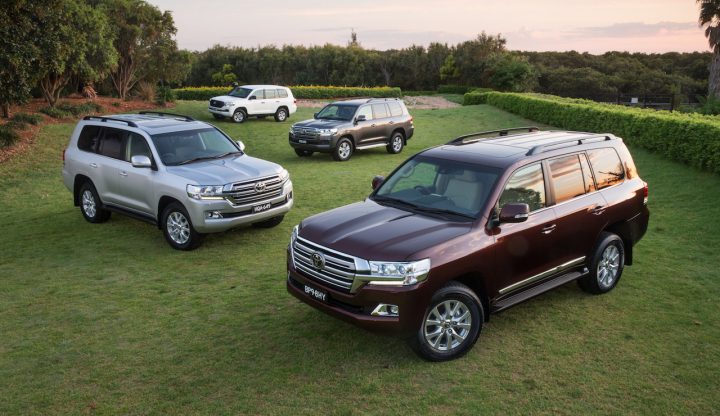 Specific details are quite scarce, but we’d envision a capacity of between 3.0 and 4.0 litres, with a larger capacity likely to go down well with traditional LandCruiser owners. A larger unit would also provide ship-loads of torque, which would go perfectly with the LandCruiser’s legendary ‘king off the road’ standing.

Zooming out a little bit, if Toyota did develop an all-new turbo-diesel V6 it could be used in the iconic 70 Series to help that model continue on in the new car market. At its current rate, the emissions laws will soon overtake the 70 Series and could kill off the old girl. That’s if Toyota doesn’t jump in to save the day with a more efficient and Earth-friendly engine. 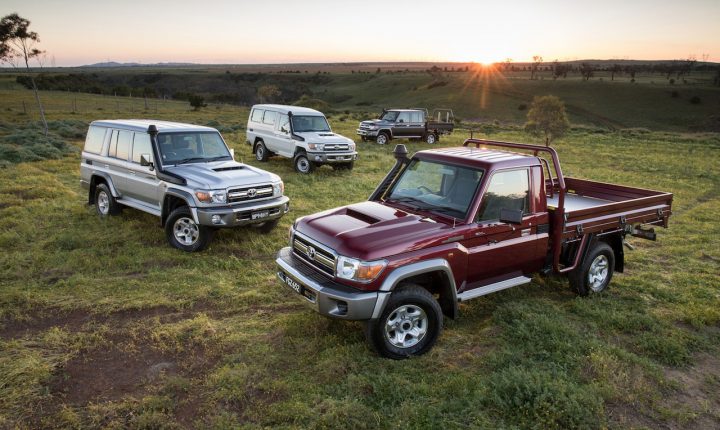 As for the hybrid? It’s likely to come at some stage but maybe after the initial launch of the 300 Series LandCruiser. According to the stats, Toyota is selling more hybrids than non-hybrids, in terms of current passenger vehicles that are offered with both. For example, more local buyers are going for the hybrid Camry than the petrol, and the same for the new Corolla. But are LandCruiser buyers in the same mentality? We’ll have to wait and see.

No more information has been cooking in the hot pot in regards to the rest of the 300 Series LandCruiser. As far as we know it will be lighter in weight compared with the current model, but it is expected to retain the independent front but live axle rear suspension layout. This will no doubt excite traditional fans and off-road enthusiasts. Ride and handling on the road is also likely to be improved, albeit without detracting the off-road performance. 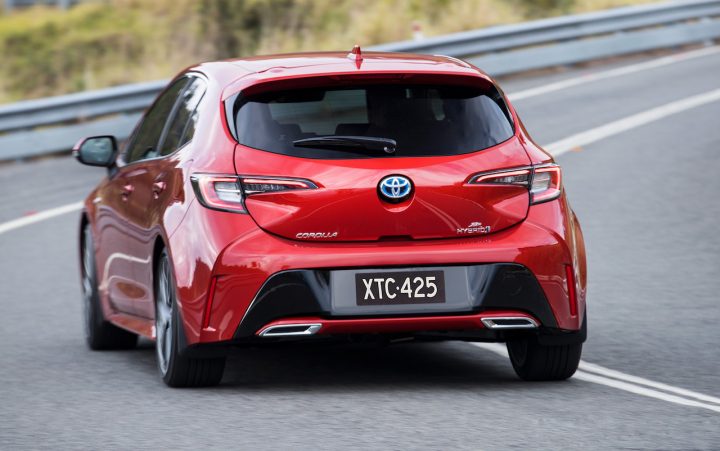 Off-road performance is set to be enhanced thanks to some new electronic wizardry. And yes, we know, this may upset some purists. But you only need to look at what Land Rover is doing with its models, including with Range Rovers, to see just how far electronics and tech smarts can help in tough conditions.

The 2020 Toyota LandCruiser 300 Series is set to be unveiled some time early next year or even late this year, with market entry tipped for late next year for Australia. Again though, this is all just speculation and a little bit of intelligence at this point. Toyota hasn’t officially announced anything yet. We’ll keep you updated.