Ford claims it has just finalised the most power-dense supercharged production V8 in the world. And it will be offered in the 2020 Ford Mustang Shelby GT500.

The US marque revealed the GT500 earlier this year, at the North American International Auto Show in fact. And at the time Ford said it was the most powerful street-legal Ford in history, but it only said the engine produced “over 700hp” (522kW). 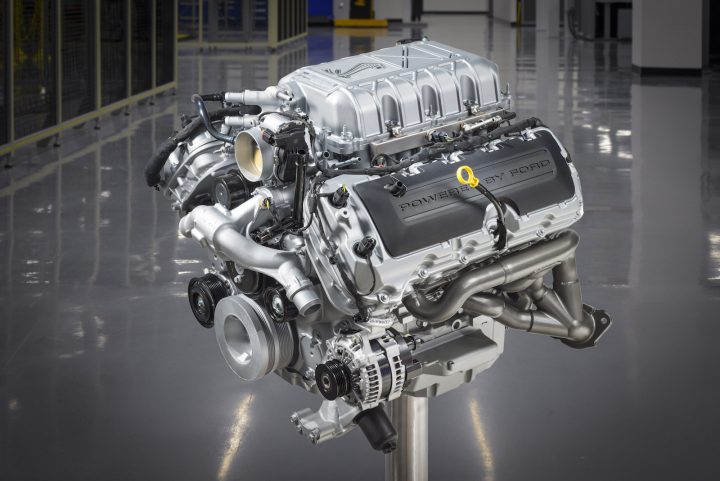 Now, Ford has confirmed the exact figures. The 5.2-litre aluminium alloy V8 featuring a 2.65-litre supercharger generates an earth-shaking 760hp (567kW) and 847Nm. According to Ford, this makes it the most power-dense and torque-dense supercharged production V8 of all time.

Back during the initial reveal some interesting numbers were presented, including a 0-60mph time of mid-3.0 seconds, a quarter mile below 11 seconds, and gear shift times in under 100 milliseconds. These are some very impressive stats, especially for a muscle car. 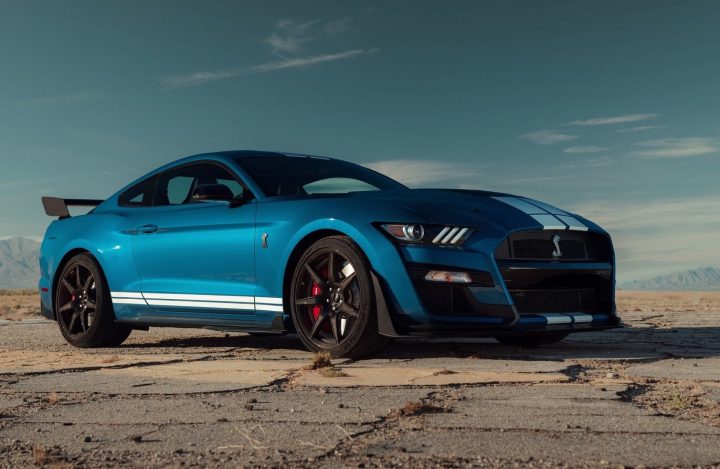 As you can probably imagine the 2020 Ford Mustang Shelby GT500 is the ultimate track day toy from Ford at the moment. The seven-speed dual-clutch Tremec transmission would provide a supercar-like acceleration experience, while the massive 420mm front brakes with six-piston Brembo calipers will give you the reassurance at the end of straights.

Also helping with performance and lap times is a muscular bodykit and exterior package, with pumped out wheel arches for a fat stance, and a big rear wing and thick rear diffuser. The GT500 also gets a unique front end featuring some deep intake ducts, a vented bonnet, and a low chin spoiler. Buyers can even option for a set of carbon fibre 20-inch wheels to reduce weight and unsprung mass. 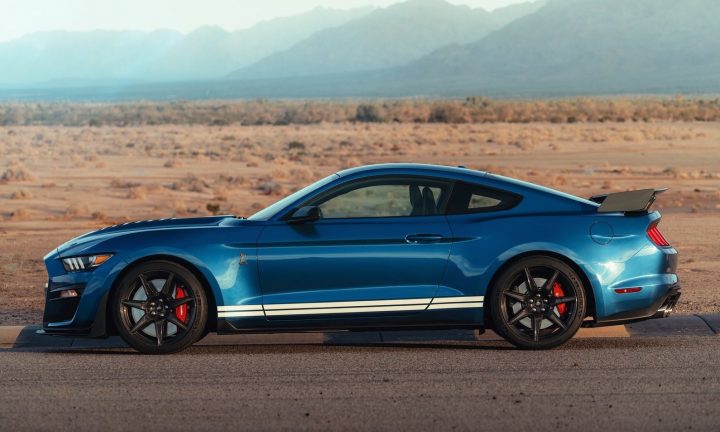 Buyers can easily tune the handling characteristics thanks an adjustable suspension setup, with camber angle adjustment and MagneRide adaptive dampers. Magnesium alloy braces hold it all together, with new locating links for the front and rear to help reduce weight and increase chassis strength and stiffness.

Unfortunately for Australians the new Mustang GT500 won’t be officially offered here. Local punters can opt for the regular V8 GT model and the 2.3 turbo, but there’s no GT350 or GT500. We think this is a crying shame because performance models usually go down very well in this market. 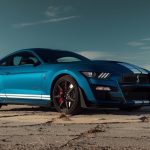 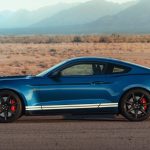 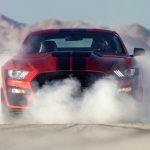 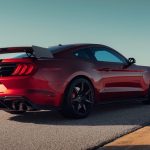 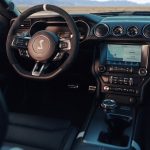 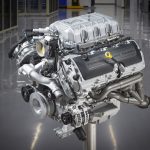