They’ve arrived. Toyota’s performance division, TRD, has announced a catalogue of enhancement accessories for the all-new Toyota GR Supra. The parts are inspired by those showcased on the Supra Performance Line Concept TRD from a few months ago.

For the nose TRD has devised a lower front lip using carbon fibre for its construction. Matching this is a set of carbon fibre side skirts which seem to match nicely with the factory ‘sideburns’ on the new Supra. The side panel is also swapped for a carbon fibre piece.

Around at the back is perhaps the most gnarly. You’ll see big extensions hanging off the corners of the bumper bar. These connect up with a chunky diffuser in the middle. Up the top is a neat lip spoiler made from, you guessed it, carbon fibre.

Completing the overall theme is a set of forged double-spoke 19-inch alloy wheels in dark grey. We think TRD has done a great job with overall design, as it gives the sports car a cool racer two-tone theme. The wheels measure 9 inches wide on the front and a far 10 inches wide on the back.

There’s no mention of any under-bonnet modifications. However, we’re sure there will be countless upgrade packs brought out by tuners around the world over the coming months and years. The new GR Supra has only just gone on sale in some markets.

To refresh your memory, the GR Supra is powered by a BMW 3.0-litre turbocharged straight six engine. It generates 250kW and 500Nm. Bolted up to this is an eight-speed sports automatic gearbox which sends the power to a rear-wheel drive system, with a locking differential. Toyota says 0-100km/h can be achieved in just 4.3 seconds using the launch control function.

Toyota Australia has confirmed the new GR Supra will go on sale here late in 2019. As you would expect, this is going to be a popular vehicle and thus is already in high demand. In fact Toyota Australia says only around 300 examples will be available Down Under in the first 12 months of sale here.

At this stage the TRD parts are being introduced for the Japanese market only. But they do give the rest of us some hope of what might be available through other channels soon. 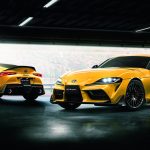 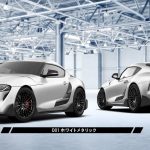 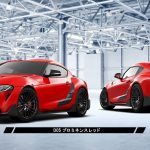 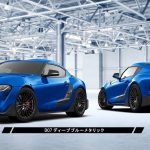 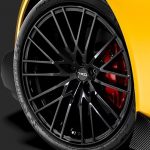 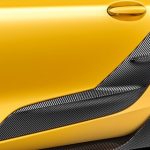 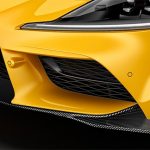