Highlights from our time at Summernats 32 2019 (video)

Summernats is pretty much THE event for street machiners. The four-day petrol-fest is jam-packed full of things to do if you’re an entrant, and loads to see if you’re a spectator. The Canberra-based event often pulls in crowds of more than 100,000 people and more than 2000 entrants, each and every year. 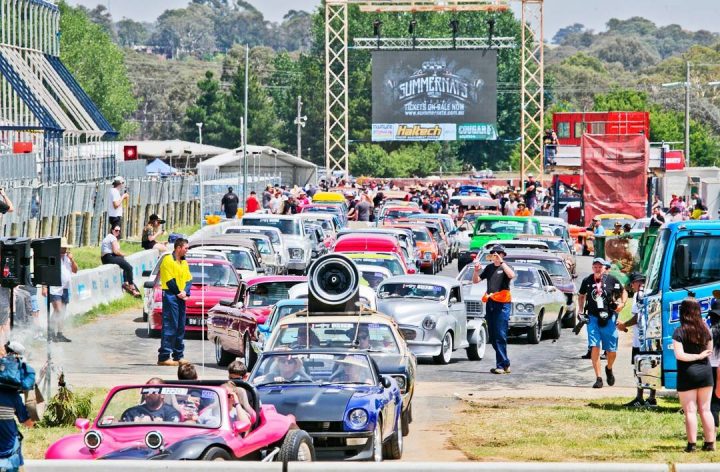 We headed to Canberra in January to see what mischief we could get up to. This was made easy as a friend of this auto scribbler (Danyal) was entering his 1986 Holden VL Commodore SL Turbo BT1. This would make for quite an exciting weekend. As we get older it’s not often old mates get to hang out, especially over four days and with room to roam free in such epic automotive circumstances.

It’s worth mentioning that Canberra is NOT for the faint-hearted. Canberra around January throws up some serious heat. And quite often it can also pour down with rain, just like it did to us on the Saturday… right about the same time we were getting ready to unwind and have a beer. Half our luck.

DE VLOG #004 below captures some of the crazy things we witnessed while we were there. We didn’t capture everything, but what we did capture we tried to give you the feeling of what it’s like to be there in person. Next year we’ll aim to get more details, interviews, and show some of the other events not mentioned in this video.

Big thanks goes out to Summernats staff and the people from Street Machine Magazine who support and cover this event so closely year after year. Events like this don’t happen by chance, they take years and years of planning. We salute you guys. #hattip

If you’d like to get tickets for next year’s event head over to Summernats.oztix.com.au. Entrants are encouraged to enter early and enjoy discounted prices (for a certain period of time). Enjoy the video!