Yes, large sedans are fast being pushed aside and replaced by large SUVs. But there’s no denying the significantly superior design appeal of the sedan. A good case in point is the lovely new 2019 Jaguar XF 300 Sport. 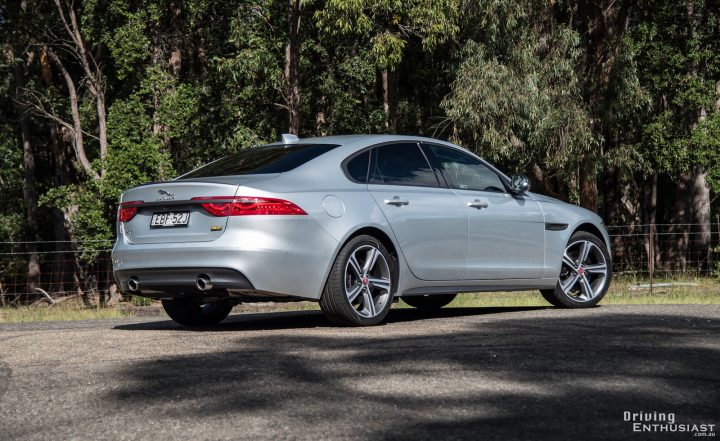 The XF 300 Sport is a sporty edition of the XF to help spice up the range. However, more accurately, it’s not designed to be a full-on fire-breathing monster. Instead, it’s a little more subtle than that and is pitched to attract a more refined market demographic.

Lift the long, elegant bonnet and you’ll find a 2.0-litre turbo four-cylinder petrol engine. Sounds boring? Well, it’s actually Jaguar Land Rover’s most powerful 2.0-litre turbo currently on sale, sitting at the top of the ‘Ingenium’ engine family hierarchy – also known as the 30t. You can actually find it in the F-Type super sports car too. Mash the throttle and you’ll be hit by 221kW of power and 400Nm of torque.

The 300 Sport comes in as the second-tier variant, just behind the top XF S which features a supercharged V6. Jaguar uses the R-Sport as a base for the 300 Sport, so it comes with everything it gets plus a lot more exclusive trimmings and styling enhancements. Prices open at $99,800 for the 300 Sport (before on-roads). That’s $5300 more expensive than the XF R-Sport 30t, and it features the same engine but without the exclusive add-ons. 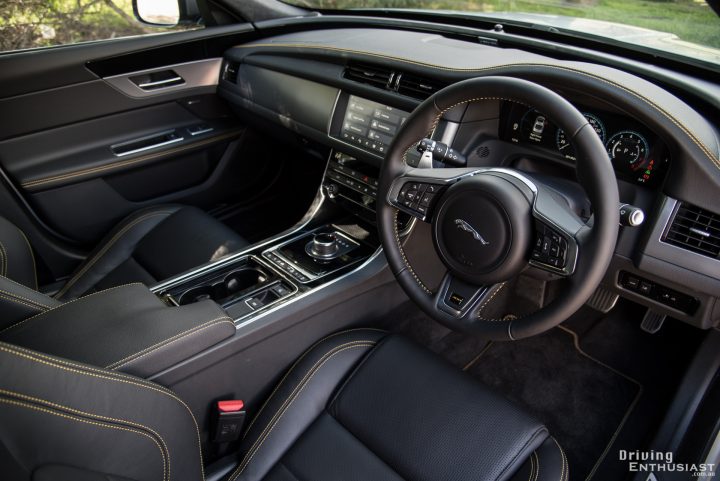 Firstly, bespoke to the 300 Sport is a tidy aero kit. It’s not so obvious that it stands out like a look-at-me racing package. It goes for a neat yet very cool theme. The lip spoiler on the boot lid just says it all, featured in black (actually Dark Satin Grey). This matches the black gills in the front guards, the side skirts and side mirrors, and the set of unique brake calipers with ‘300 Sport’ on them written in yellow.

The interior is dressed in the same manner, showcasing a complete black and yellow theme. There’s yellow stitching for the superb, kidney-massaging leather sports seats, with more 300 Sport branding for the headrests and sill plates. Other than these mods, the 300 Sport sits in pretty much the same spec as the R-Sport. 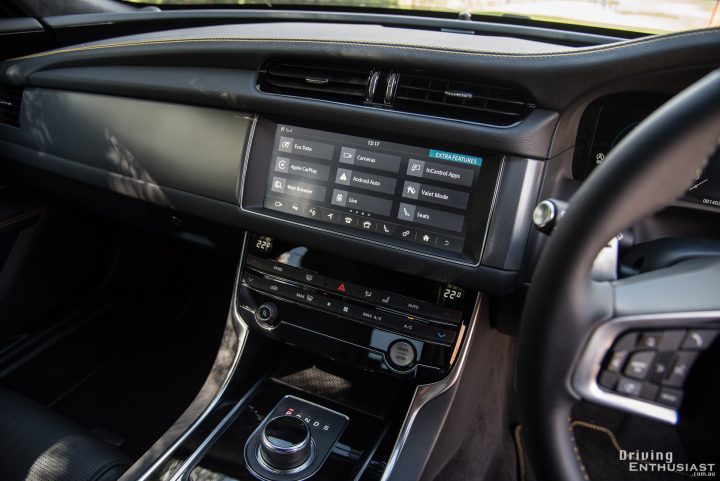 Since the R-Sport is near the top of the family tree, it does come very well packaged as standard. Front passengers can play around with 10-way power-adjustable seats, while the driver can easily find that perfect driving position thanks to the power-adjustable steering column. There’s also two-zone climate control complete with Jaguar’s rotating air vents on start-up, matching the famous rotary gear selector that rises up during start-up.

Nestled within the dash is a 10-inch Touch Pro media screen. Dual View is a $1850 option, but even without that this interface is a modern, intuitive, and app-filled system. It includes Jaguar Land Rover’s InControl Apps, Wi-Fi Hotspot, Navigation Pro, and of course Bluetooth and USB connectivity. Android Auto and Apple CarPlay are available as part of a option pack. Your music is sent through an 11-speaker Meridian sound system as standard, or you can opt for a more comprehensive surround sound system for an extra $1070. 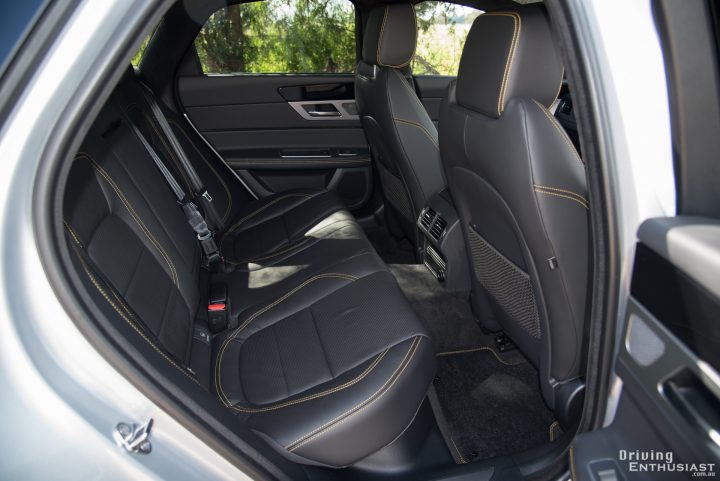 Safety tech includes a standard rear-view camera and 360-degree parking sensors making things easy in town, while lane departure warning and cruise control helps out on the highway. But unfortunately there are some missing standard systems here. A 360-degree camera is an option, as is rear cross-traffic alert, and even adaptive cruise control will cost you extra. These systems should really be standard on a car of this calibre we think.

A stately sedan like this isn’t designed to be ‘fun’ in the general sense. Instead, it is designed to be a very luxurious, relaxing, and comfortable cruiser. And it does this very well indeed. Despite using a four-cylinder engine, the XF 300 Sport coasts on the highway so, so well. You just need to touch the throttle to maintain a fast cruising speed.

In saying that, the XF is also one of the best handling large sedans on the market in our opinion. The steering is really sharp and precise and provides plenty of feel-good feedback. Grip around corners is also exceptional, particularly for a rear-wheel drive car. You can pretty much apply full throttle from the apex and the standard torque-vectoring control system will sling you out from the corner.

So in terms of overall fun, the XF 300 Sport puts a smile on your face in more ways than one. On one hand it is supremely comfortable and effortlessly eats up miles on the highway. But then on a twisty road the XF’s dynamic competence proves it is far from a big, floaty barge. 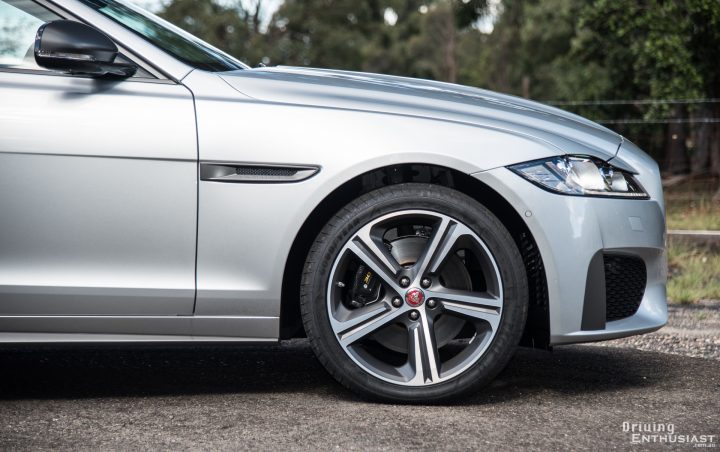 If you’re in this market space then you likely want one of two things. You want an executive piece of transport that looks very respectable and clearly shows you’ve done well in life. Or, you simply want a large premium car that’s not an SUV. The XF essentially blends these traits, and adds a distinct design flair to the otherwise conservative segment. In that sense, the XF, especially in 300 Sport form, is slightly more exciting, looks more elegant, and is a bit more exclusive than the common competitors. 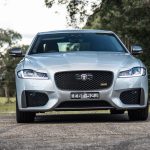 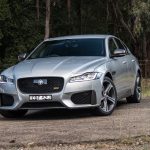 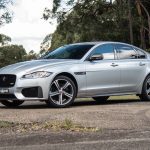 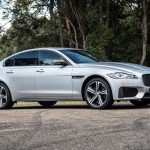 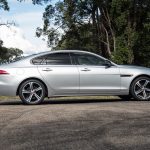 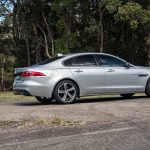 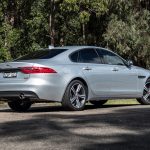 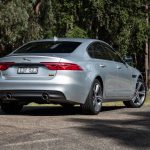 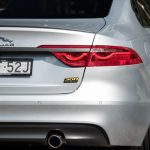 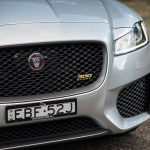 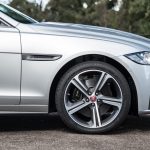 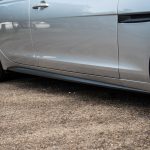 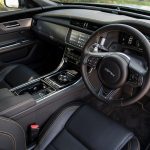 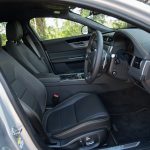 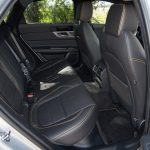 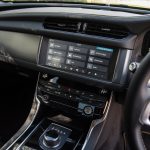 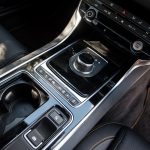 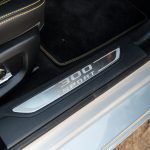 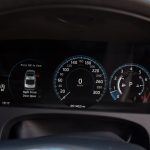 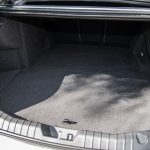 The Jaguar XF still is the final word in British sedan luxury. As a design it looks divine, really standing out against the modest German rivals. And with the discreet yellow bits and dark trimmings for the 300 Sport, we think this is the best-looking XF in the current showroom. Don’t be put off by the four-pot engine either. It is fast off the mark, and hauls surprisingly well on the highway.