The 2019 Suzuki Jimny is creating quite a buzz in the market, with its cheap and cheerful character and plucky off-road talent proving very popular with punters. This custom Black Bison upgrade package by Wald International gives it even more Tonka tough appeal.

It already looks a bit like the Mercedes G-Class wagon, the new Jimny. And that’s in a good way. A compliment. But this Black Bison kit takes it to another level. From almost every angle you’ll see some serious customisation work to give the tiny SUV a meaner and more sinister look. 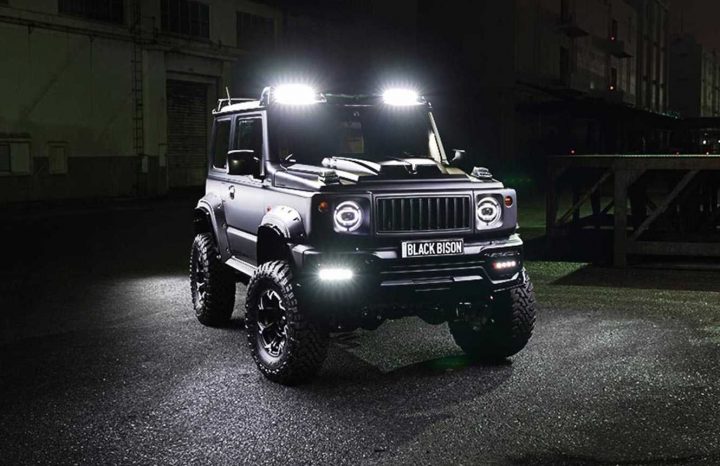 Starting with the front end, Wald has developed a custom bumper bar complete with a quartet of LEDs, a new black-painted grille with more slots in it, and then a muscular bonnet up above complete with air intake scoops. These are probably a bit over the top considering what lies beneath the bonnet. A set of LED light bars also sit on the roof.

Around the sides the Jimny already features pumped out wheel arch flares, but with the Black Bison kit it’s all painted in matt black and matches the revised side sill skirts. At either end of these are a set of table-saw-blade 15-inch alloy wheels by Wald, in black, wrapped in chunky off-road tyres. 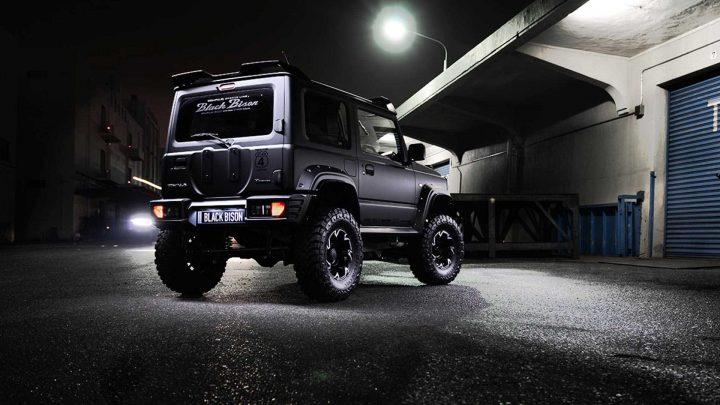 At the rear is a revised bumper bar, and the spare wheel has been deleted for some reason. Meanwhile, up top is a twin wing which we’re not quite sure about – does it need downforce? Either way, you’d have to admit it all looks tough.

No changes are mentioned in terms of engine performance, so we’ll assume the standard 1.5-litre naturally aspirated four-cylinder that generates 75kW and 130Nm remains as is. It mightn’t seem like much power, but when you consider the Jimny only weighs around 1075kg, it doesn’t exactly need much grunt.

The 2019 Suzuki Jimny is on sale in Australia now priced from $23,990 for the five-speed manual, and from $25,990 for the four-speed auto. Just one variant is available, and it’s packed with standard features, and even comes with sat-nav, a rear-view camera, and Apple CarPlay and Android Auto. 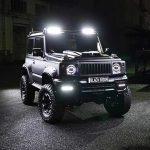 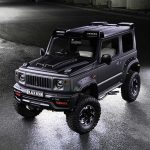 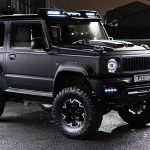 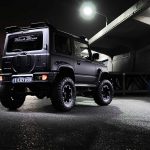 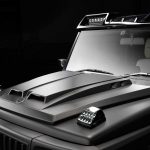 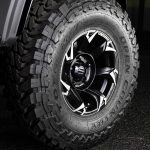