If you’ve never been to a Supercars race before you need to ask yourself what have you been doing with your life? Get some tickets and get there. This is a high-energy racing category that brings all the action a motorsport fan could ask for; noise, burning rubber, panel rubbing, and speed. 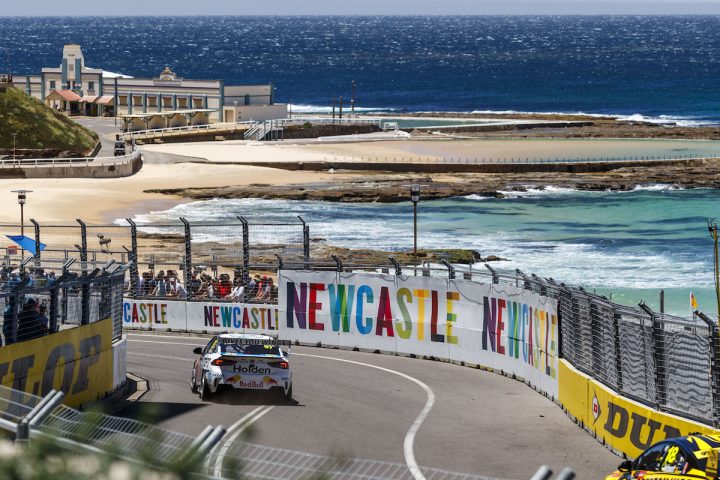 We headed up to Newcastle, New South Wales, Australia, to check out the last round of the 2018 Supercars calendar, which just happens to be a picturesque street circuit. Turns out this race would go on to determine the 2018 Supercars Drivers’ Champion.

Though most people know it as V8 Supercars, the category changed its name to simply Supercars as of the 2016 season. The Newcastle 500 is an event held over three days from Friday to Sunday. Friday includes two forty minute practice sessions. Saturday includes a twenty minute qualifying session, followed by a 250km race. Sunday is much like Saturday, though there’s a top ten shootout thrown in after the twenty minute qualifying session to determine the grid for the final 250km race.

Once you’re inside the circuit you’re in the central part of Newcastle CBD. Everywhere you walk there’s people in droves. Pubs are full. Cafes are full. Everywhere is full. 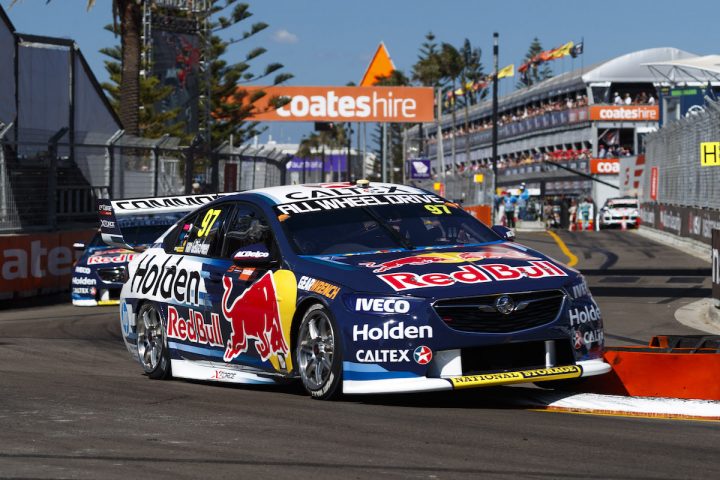 Given we spent a lot of time on Saturday watching the race, Sunday would be the day where we walk around the track and check out the pits. The pits is a place where we wanted to get some close up footage to capture how teams go about their business and see what kind of equipment they take to each race. But. What we found out when we arrived was that video footage was not aloud. So unfortunately we couldn’t get any video footage of this part.

Around the back of the track you’ll find insane beach views and more packed out pubs, bars, cafes, and hotels. There’s people looking out of hotel windows everywhere. It’s hard to portray just how good the vibe is at this event. It’s hard to believe they can transform a city the way they have and turn it into a race track. The planning that must go into an event like this would be insane. We were actually in Newcastle six weeks before the race and most of the circuit fencing was already in place. 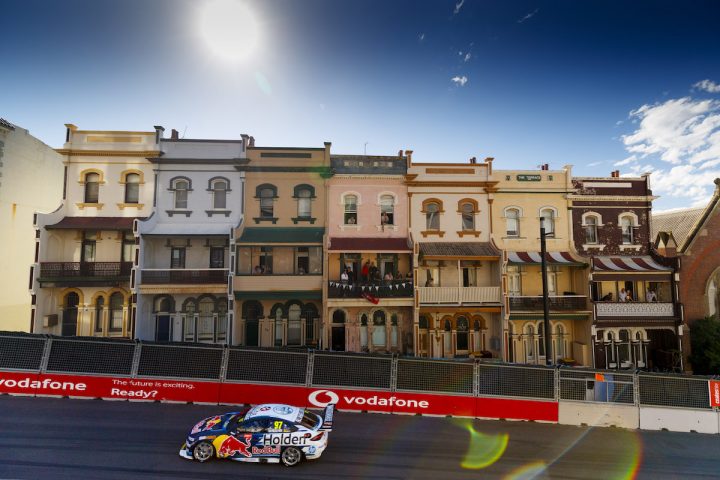 This race would go on to be the last time we’d ever see the Ford Falcon nameplate in Supercars. You don’t realise when you watch Supercars races on TV just how loud these 650hp V8 race cars are. They crack as they upshift gears, the noise under acceleration; these things are loud.

Adding some extra excitement to this race weekend was the fact that the Supercars Drivers’ Champion would be decided at this very event. Both Scott McLaughlin, driving for Shell V-Power Racing Team, and Shane van Gisbergen, driving for Red Bull Holden Racing team, the top runners in the 2018 championship, fought it out over two days, but of course only one could be one winner. And that driver was Scott McLaughlin. Without being biased to Holden or Ford we think many would agree that there was no better salute to the Ford Falcon than sending it out as a winner.

Big Red Huge fan of long road trips. Love the cackle of a bent-eight first thing in the morning. And love a good flat white and eggs bene’ at my local café. Swing more towards European and Australian muscle more than American or Japanese, but I’m always willing to applaud anything that’s built with the driver in mind.
Facebook 11,525Fans
Instagram 115Followers
Youtube 292Subscriber