When the 2020 Tesla Roadster ‘2.0’ comes out some time in the next couple of years, it’s going to alter the g-force tolerance a typical human being can withstand. One traffic light at a time.

Tesla has just released a short video onto its YouTube channel demonstrating the insane acceleration of the new model. It shows a handful of lucky people getting a little joyride in the new model, capturing their reactions as it hurtles down a special arcade-style ‘check point’ road. 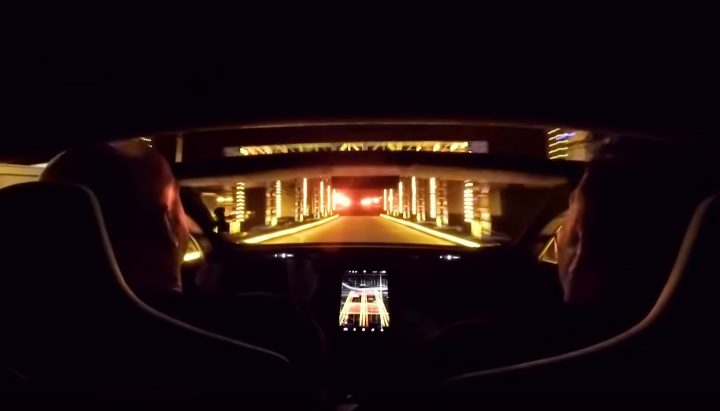 Most of the passengers pretty much shit themselves as the driver accelerates suddenly down the special strip. Tesla creatively titles the video, “What 0-60mph in the new Roadster sounds like”. By that the company means what the passengers sound like.

The passengers are screaming for good reason as the new model packs some serious horsepower. Initial specs say the 2020 Tesla Roadster will come with a 200kWh battery system capable of providing a range of about 1000km. It’s also set to offer around 10,000Nm of torque.

All of that torque sent to all four wheels will no doubt bend the laws of physics. Tesla claims 0-100km/h will come up in just 2.1 seconds (0-60mph 1.9 seconds), with the quarter mile over in an incredible 8.8 seconds. An eight-second car, from the factory. Yes, we’re shaking our heads in disbelief as well.

These stats, if they turn out to be accurate, will mean the Roadster 2.0 will be the quickest production car in the world. It smashes anything from Lamborghini and Ferrari, and even the really exotic carmakers such as Koenigsegg and Pagani. For a road-legal car anyway.

According to the Tesla website (set to Australia), the “founders series” reservation price is $326,000. We’re not entirely sure if this is in Australian dollars or if this is even the full price. We suspect more details will be rolled out over the coming year or so.

In the meantime, take a look at the passenger reactions in the video below. And for more info, you can see our initial 2020 Roadster unveiling report here.