What’s this? It seems Subaru is planning “something special” for the 2019 North American International Auto Show in Detroit. And according to the teaser video, it will be from Subaru Tecnica International – that’s STI, dummy. 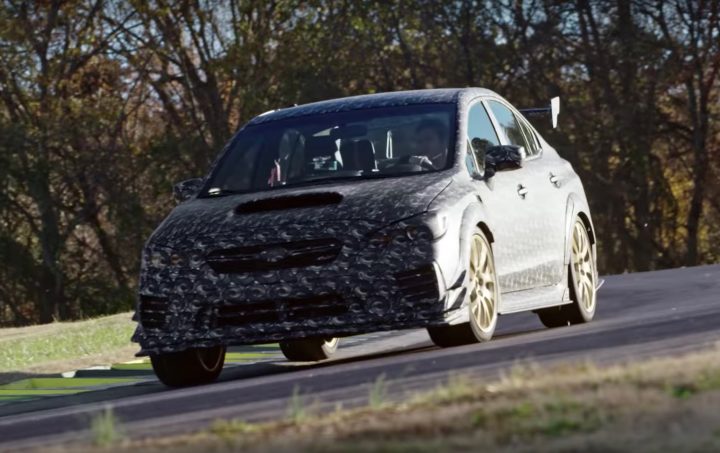 Obviously it’s based on the WRX STI, but it looks pretty hardcore, whatever it is exactly. Although the body is wrapped in camouflage, you can see a pretty serious front spoiler with twin side winglets, pumped wheel arches, extended side skirts, and a massive wing at the back.

Word on the ‘net reckons Subaru might be planning a special edition badged as the ‘S209’. Why? A trademark application was found recently (below), submitted by Subaru, classed under; “Automobiles and structural parts and structural fittings therefor”. 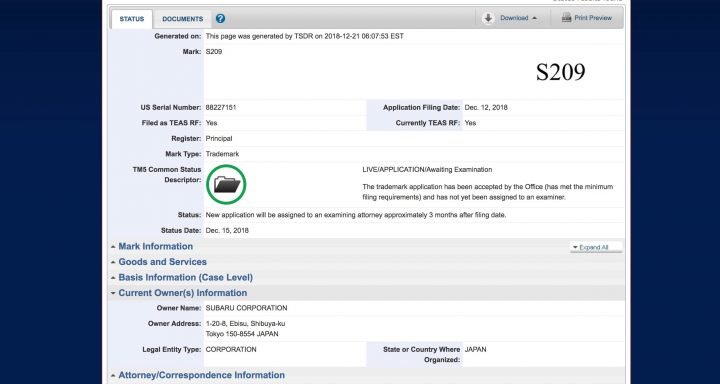 Subaru fans in Europe and Japan will be familiar with the ‘S’ badge. In the past Subaru has launched S206 and S207 and others. These were all hardcore special editions built for track-day enthusiasts, featuring a range of go-fast bits and pieces including a power boost for the engine.

Some bonus features for this new model could include a more serious suspension setup with Bilstein dampers, bigger brakes inside special lightweight wheels, more chassis bracing for increased stiffness, and a partially stripped-out interior with big bucket seats and bespoke gauges.

Subaru might also turn up the power. In Australia (and the USA) the WRX STI is offered only with a 2.5-litre turbocharged boxer engine. However, in Japan it comes with a newer and more refined (and more powerful) 2.0-litre turbo boxer. Output has been turned up to around 240kW in the past for this latter engine. We suspect it could go beyond that figure here.

Take a look at the teaser below and see what you think. It looks pretty quick, that’s for sure. All will be revealed in Detroit on January 14.