Next-gen R36 Nissan GT-R to be the fastest yet

Clues to the next-generation R36 Nissan GT-R supercar have been provided before with concepts rather than any official confirmation, until now.

The Nissan GT-R50 by Italdesign (pictured below) which surprised punters at the Goodwood Festival of Speed might have been the strongest visual hint yet, which itself borrows cues from the Nissan Vision 2020 Gran Turismo created for the eponymous gaming franchise.

It is at the aforementioned Goodwood Festival, however, that Nissan’s head of design Alfonso Albasia gave Autocar some substantive evidence that a new model is definitely on its way, although it won’t borrow design cues from the GT-R50. Albasia said it “has to be its own special car.” 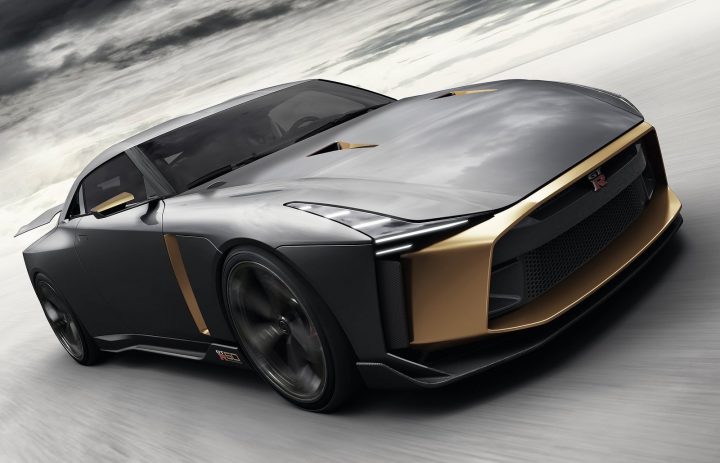 Despite being in production for over ten years, the advanced engineering and constant improvements mean the R35 GT-R and its Nismo variant are just as thrilling and exciting as ever. Debate is currently underway as to whether the R36 Nissan GT-R will be electric-only, a hybrid like its rival – the Honda NSX – or retain its current combustion engine format. Albasia said:

“Whether we go to a lot of electrification or none at all, we can achieve a lot power wise . ‘But we are definitely making a new ‘platform’ and our goal is clear: GT-R has to be the quickest car of its kind. It has to ‘own’ the track. And it has to play the advanced technology game; but that doesn’t mean it has to be electric.”

The pressure is clearly on to continue the sporting legacy that began in 1969 with the ‘Hakosuka’ Skyline GT-R, and make sure it is the pre-eminent and most desirable Japanese sports car.

“We simply have to reflect people’s dreams; and I think people dream that the next GT-R will be the hottest super sports car in the world,” Albasia said. “It doesn’t care what every other supercar in the world is doing; it simply says: ‘I’m a GT-R, I’m a brick, catch me.’ It’s the world’s fastest brick, really. And when I review sketches for the new car, I say that a lot: ‘Less wing, more brick.'”

The current series of Nissan GT-R has broken several records, including the Nurburgring Norschleife; most notably with the 2015 NISMO N-Attack Package, achieving a time of 7:08.679. It features high end technology such as plasma-coated cylinder bores, dual-clutch transaxle transmission and a highly-advanced all-wheel drive system. We’ll keep you posted as the next mutant is slowly incubated to life.