The Kia Stinger is taking the sports car world by storm. However, there have been some discrepancies with driving enthusiasts and media over the tyre choice that Kia Australia went for. 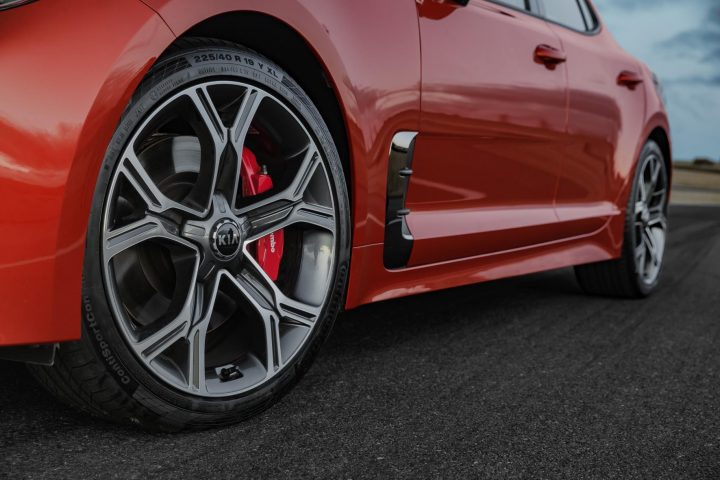 Kia’s local division apparently took in plenty of feedback from customers and media to come to the decision to switch tyres. It’s understood Kia head office analysed different markets and tried to come up with the best tyre for Aussie conditions, but it has now changed due to feedback.

Critics have complained that the Continental tyres wear too quickly and also don’t provide the sheer grip and precision that the vehicle deserves. The Michelin Pilot Sport 4 tyres are said to be better suited to Australian conditions, including handling our ordinary road surfaces.

The Kia Stinger GT is the flagship model, coming equipped with a 3.3-litre twin-turbo V6 that churns out 272kW of power and 510Nm of torque. This is sent through an eight-speed automatic and into a rear-wheel drive system – all-wheel drive is available in some overseas markets.

Kia claims 0-100km/h is possible in 4.9 seconds. There could be a chance this time is shaved by a fraction with the improved grip, but nothing official has been stated at this stage. Lap times on the track are also expected to see some minor improvements with the new hoops.

Buyers won’t need to pay anything extra for the tyre upgrade. The Michelin units will come in as the standard factory-fitted tyre from new from now on. Existing owners will need to upgrade their tyres themselves when the time comes.