Here’s an unusual promo video from a car manufacturer. It shows the new Tesla Model 3 Performance’s… performance on a skid pad, demonstrating its donut-ability.

The Tesla Model 3 is set to become one of the most popular electric vehicles in the world, with an Australian starting price predicted to be around AU$50,000-60,000 – in the US it starts from US$35,000. Company boss Elon Musk has openly said that much of the profits made from the Model S and Model X – which are both very expensive vehicles – has been injected into the development of the Model 3 and to ensure it has a more attractive price. 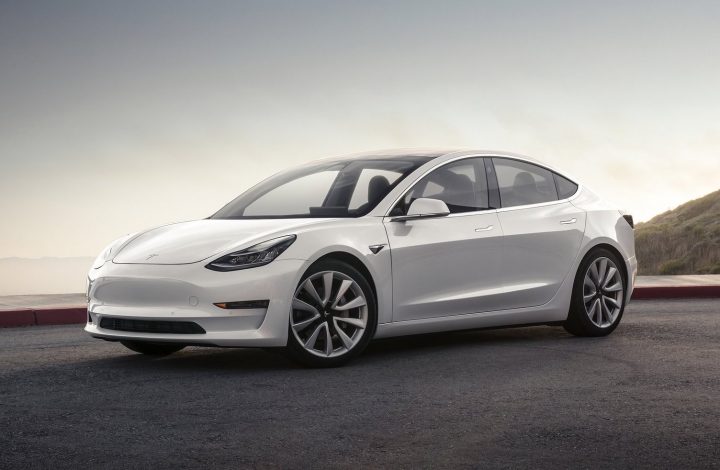 To show off its fun-driving potential, Tesla released a video onto its Twitter account showing the Model 3 doing some skids. And not just any skids. We’re talking about four-wheel drifting skids, via the Model 3’s dual motor, all-wheel drive system.

Like the Model S and Model X, Tesla will be doing a performance version of the Model 3. Creatively, it’ll be called the Tesla Model 3 Performance. As far as we know it will come with dual electric motors, one for each axle like in the siblings, with a 0-60mph time of just 3.5 seconds. Keeping in mind 1mph equals 1.61km/h, the 0-100km/h time is expected to be somewhere around the 3.7 seconds mark.

It’ll also offer a top speed of 250km/h, which is equal to the German vehicle gentleman’s handshake agreement whereby all standard German vehicles are limited to 250km/h. Fully charged, drivers will be able to travel for around 500km. Ranges for the single motor variants will be slightly less.

Interested buyers in Australia will have to wait until at least 2019 before deliveries start to come in. Tesla hasn’t even started production of right-hand drive models, which means if you order one today you might not see it until 2020 or beyond. But anyway, in the meantime you can watch someone else’s Model 3 destroying some tyres. See below.