Remember the Aston Martin Cygnet? Yes, the goofy little Toyota iQ in drag, pretending to be something it’s not. A cynical ploy by Aston Martin to meet emissions requirements with only superficial bodywork and interior changes.

The iQ’s 1.3-litre engine and automatic transmission was – get this – completely unchanged from the measly 72kW starting point. People saw through the cynical (Cygnical?) facade and stayed away in droves, resulting in production ending after just two years. 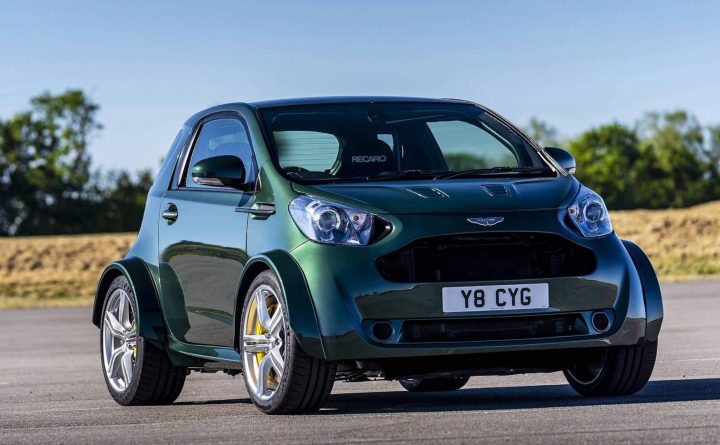 Five years on and they’ve finally done the little car justice, by cramming the 4.7-litre V8 from the superseded Aston Martin Vantage S, and giving it beefier looks courtesy of a pumped up bodykit, flared guards, bonnet vents and a lick of Buckinghamshire Green.

It now generates 320kW and 490Nm, which means it can accelerate from 0-100km/h in just 4.2 seconds. Its new 273km/h top speed eclipses its Toyota-powered sister by 96km/h. Granted, it now weighs 1375kg, some 400 more than it started with, but that’s pretty impressive for something with a grand touring V8 powertrain. 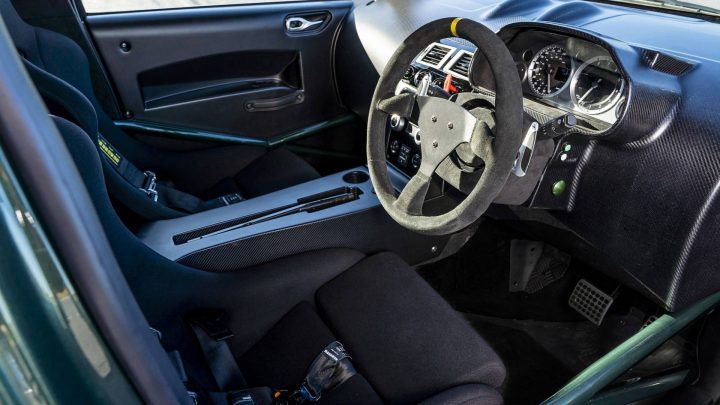 Six-piston monoblock brake calipers at the front clasp 380mm discs, with four-piston jobbies at the rear and 330mm diameter discs. The interior has been treated to plenty of carbon fibre, Vantage instruments and FIA-compliant roll cage and fire extinguisher. It’s all business – no bespoke sewn, diamond-quilting here. The Recaro seat is fixed in place, while the steering wheel is removable.

Aston calls it “a timely reminder of what a ground-breaking car the original was”. We aren’t so sure about that one, but maybe if it had even half of this powertrain when it was new, more than 300 would’ve been shifted. Anyway, enjoy this tiny mutant tearing up the scenery in the video below. 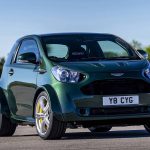 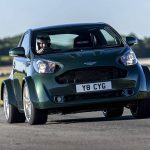 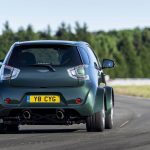 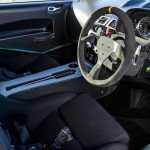