Is this the makings of a Bugatti Chiron Super Sport? (spy video)

It seems Bugatti might be up to something at the Nurburgring in Germany, with two examples of the Chiron recently spotted during industry testing sessions. 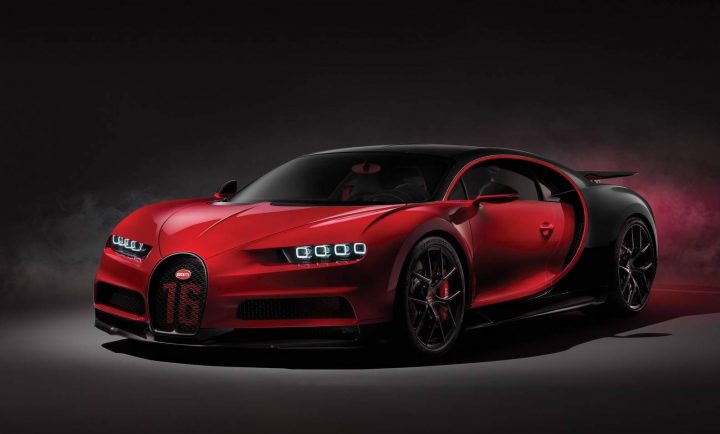 The Bugatti Chiron has already hit the market, so there’s no real need to continue testing of it. Especially since production of the final 100th example has already been finalised. However, Bugatti did recently introduce the Chiron Sport (pictured above).

It’s believed engineers could be honing the Chiron Sport version at the ‘Ring before it goes out to customers and media and so on. The Sport uses the same monstrous 8.0-litre quad-turbo W16 engine featured in the regular Chiron, that produces 1104kW (1500PS), but special attention has been focused on the suspension and handling.

During its reveal, Bugatti said the Chiron Sport was developed for customers “wanting an even sportier driving experience with their Chiron”. We’re not sure how that is possible given the Chiron is one of the most powerful and expect-to-be fastest production cars in the world right now.

Some tweaks to the suspension are made to the Sport, with 10 per cent stiff dampers, and Dynamic Torque Vectoring technology is added to the rear differential. Bugatti has also shaved around 18kg from the Chiron’s weight, helping to lift agility. Bugatti might be perfecting these enhancements.

There’s also the possibility Bugatti is working on a successor to the insane Veyron Super Sport. The Super Sport broke the record for the fastest production car ever a few years ago, laying down an average speed of 431km/h. If the French, Volkswagen-owned company is looking to replace that with a Chiron Super Sport, it’ll likely need more than the Nurburgring to stretch its legs.

Not much is revealed in the video. And in fact the cars look pretty standard, although one is featured in matte black. There’s the normal wheels and body trimmings, and nothing obvious that stands out.

Seeing the Chiron hunting around the ‘Ring must have been quite a sight though, as it just has so much presence on the road. The drivers look like they are taking testing pretty seriously too, all helmeted up and pushing fairly hard. Check out the video below, by Automotive Mike, to see for yourself.