The next testing phase of the new Brabham BT62 has been finalised, with its most recent tests completed at The Bend Motorsport Park in South Australia, near Adelaide. It will now move to Europe for further evaluation. 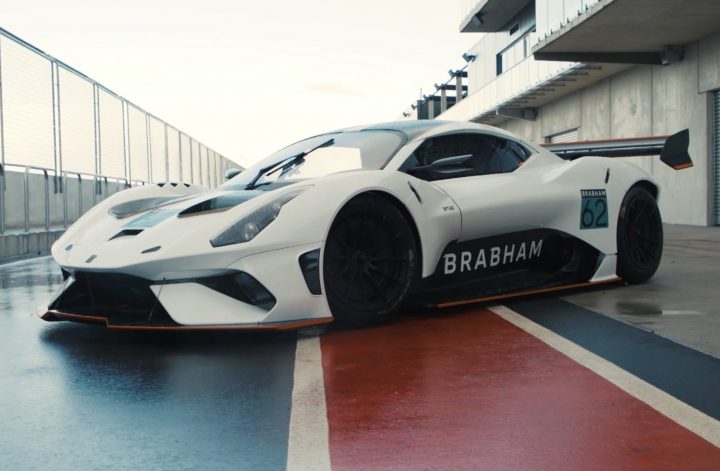 All wrapped up in a nice lightweight body made, in part, from carbon fibre, the BT62 tips the scales at just 972kg. Funnily enough, the crazy aero parts can generate as much as 1200kg of downforce at speed. Brabham Automotive’s managing director and son of Sir Jack Brabham, David Brabham, said:

“The BT62 is incredibly responsive and rewarding to drive, and as a result, it’s very easy to feel at one with the car. The steering is very direct and does exactly what you want it to do. There’s a very wide window of grip and the confidence that the car gives you as a driver, even in the wet, is outstanding.”

At The Bend, engineers were able to hone the vehicle’s dynamics and handling to make sure it is up to today’s supercar standards. Of course, this is just one circuit. The BT62 will be adjustable enough to allow owners to set up the vehicle for any number of distinct tracks. Brabham Automotive’s director of engineering and technology, Paul Birch, said:

“Our testing in Australia has proven what the BT62 is capable of in terms of performance, pace and handling – and it’s seriously impressive. As the program advances into Europe, we’ll continue to balance and optimise the car’s set-up and configurations for different driving styles, tracks and conditions.”

The next stop is over to the Algarve International Circuit in Portugal, with other European venues to follow throughout the year. Production will take place in Adelaide, with customers hit with a $1.8 million bill for the new model. Just 70 examples will be made.