Could this be the rumoured Ferrari 488 GTO?

We recently spotted a Ferrari 488 GTB prototype at the Nurburgring, with plenty of speculation suggesting this could be an upcoming GTO-like special edition. 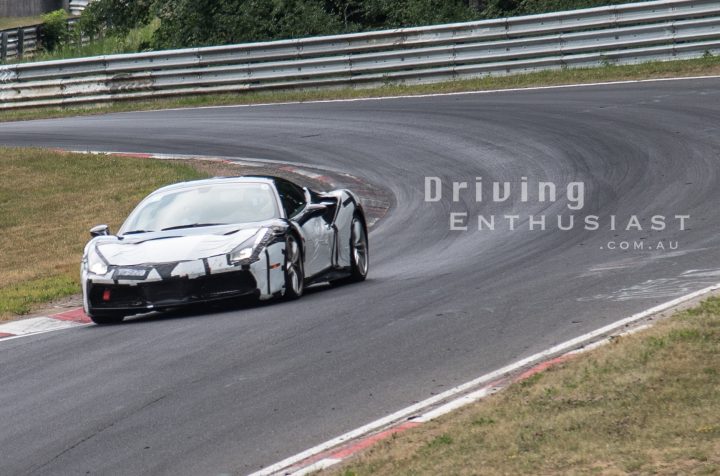 Every now and then Ferrari introduces a GTO – the last was the 599 GTO. This badge is basically reserved for really special editions that are usually stripped back and filled with track-ready enhancements.

For the 488 GTB, it’s believed Ferrari is looking to turn up the wick and transform the mid-engined V8 supercar into something not only more serious for the track, but also more memorable and collectable for the future.

Although pretty ordinary photos (our bad, sorry), it appears Ferrari is testing a unique front bumper bar with some larger intakes on either side compared with the regular GTB, and then the rear engine intakes just behind the doors also look to be larger to help gulp in more air.

According to reports the 3.9-litre twin-turbo V8 engine under the bonnet, which already generates 492kW and 760Nm, could be boosted to around the 520kW and 800Nm mark. If this were the case the 0-100km/h time could drop from the current 3.0 seconds.

If Ferrari is to remain competitive it will have to keep updating its models in response to McLaren. McLaren seems to be turning over new variants and model lines with every week that passes. The latest model called the 720S, a direct rival to the 488 GTB actually, is lighter weight and more powerful than the 488 GTB.

This could soon change with this model spied here. Even if it doesn’t adopt the legendary GTO badge some big revisions are likely. If the GTO badge is applied though we can probably anticipate some degree of weight reduction and vast improvements in the handling and aero departments. More details are expected later this year. 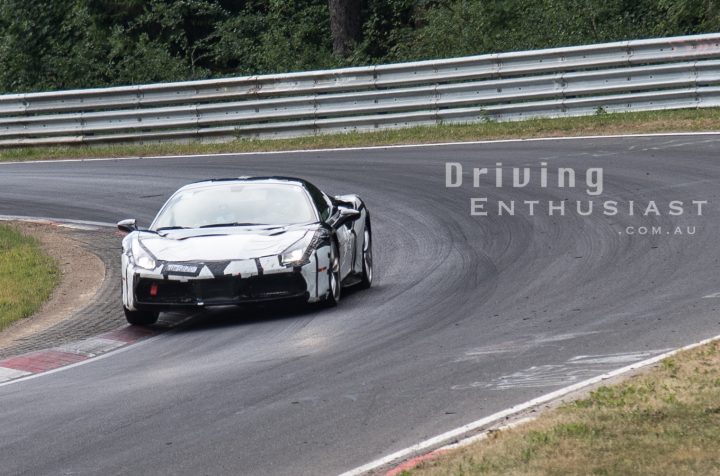