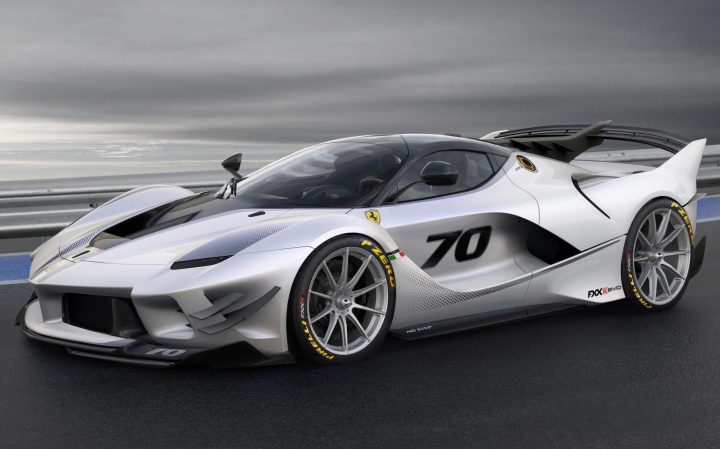 Like all Ferraris in the FXX programme, the new FXX-K Evo can’t actually be bought. Well, you can buy it but Ferrari manages what you do with it and collects all data from it every time you hit the track. And, Ferrari also controls that, offering nine track-day outings planned for March through to October.

So, as you can see the FXX-K Evo looks like a track car. Enhancements to the aero kit help see a 30 per cent increase in downforce compared with the ‘regular’ FXX-K. This translates to around 75 per cent more downforce than you get in the standard LaFerrari.

You’ll notice the very low front splitter system which guides airflow up and over the car, while the side skirts get cool little flairs that extend upwards like the fins on an American classic, and then at the rear is a huge wing that’s connected in the middle with a large horizontal brace like on a modern Formula 1 car.

In the engine compartment is a 6.3-litre V12 hybrid that produces an incredible 773kW, combined. That’s over 1000hp, and all of it is sent to the rear wheels – talk about a twitchy rear end. It uses a clever electronic differential to try and sort it all out, after coming through a seven-speed automatic transmission.

Other areas that help with track performance include the brakes, which measure 398mm on the front and 380mm on the rear, with 19- and 20-inch centre-lock wheels wearing 285 and 345 tyres, front and rear respectively.

The driver’s office is a real racing-inspired environment, with a unique steering wheel and integrated shift paddles, and a new KERS Manettio control to play with. A special 6.5-inch display is also implemented for the on-board telemetry and for the rear-view camera. It’s all quite surreal. In a statement, Ferrari said:

“After undergoing around 5,000 km of development runs and 15,000 km of reliability test-drives, the FXX-K EVO will be a very active protagonist in the XX Programme in the 2018/2019 season which spans nine track outings in all between the start of March and the end of October. As is now traditional, the XX cars will also be taking part in the prestigious Finali Mondiali weekend which marks the end of each racing season.”

Interested track-goers can either buy the complete car or simply apply the FXX-K Evo package to their existing FXX. Ferrari is only planning a limited production run, and the cost is set to stretch your eyebrows to all-new heights. 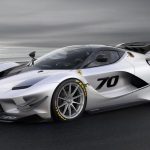 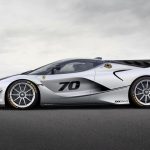 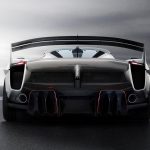