The age old question; what’s the fastest car in the world? It used to be the Bugatti Veyron Super Sport, but Koenigsegg has just shown how it’s done in its latest Agera RS by recording a mental top speed average of 447km/h. 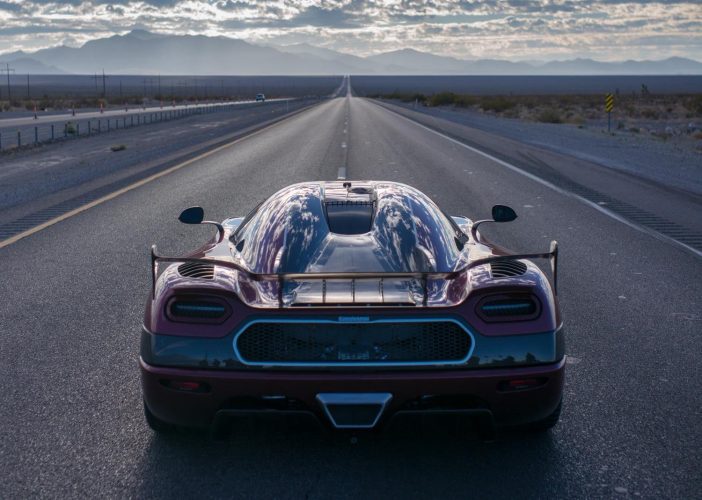 Using a specially reserved strip of public road in Nevada, USA, Koenigsegg and the team laid down some ridiculous speeds in an example of the Agera RS. Test driver Niklas Lilja took the hypercar first up to around 437km/h, and then a second run up to about 457km/h.

Averaged out, as per the Guinness World Record regulations, the Koenigsegg Agera RS has been noted down as the fastest production car in the world with a average top speed of 447km/h. Obviously Koenigsegg is very happy to achieve such a crazy speed, in a road-legal production car mind you, and had the following to say in a social media post:

“The average speed achieved, measuring runs in both directions, was 447.0 km/h (277.9mph). This is a new world record for a production vehicle. All data recorded and verified on site by Racelogic. Full information about the day will be forthcoming later.”

This speed easily surpasses the previous record of 431km/h achieved by the Bugatti Super Sport, thanks to a 5.0-litre twin-turbo V8 that produces upwards of 1000kW when running on high-octane fuel. And despite the massive power, the Agera RS makes do with a rear-wheel drive system.

Hearing the news of this, Bugatti will probably rebut with its new Chiron hypercar in the near future. It has an estimated top speed of 460km/h, using a 1104kW 8.0-litre quad-turbo W16 engine with all-wheel drive. Until then though this is the world’s fastest production car. Take a look at the video below to see the insane record-breaking runs.