A previous-gen Ford GT has been modified to the point where it has hit a an astonishing 470km/h during a top speed run in the States, tuned by BADD GT. 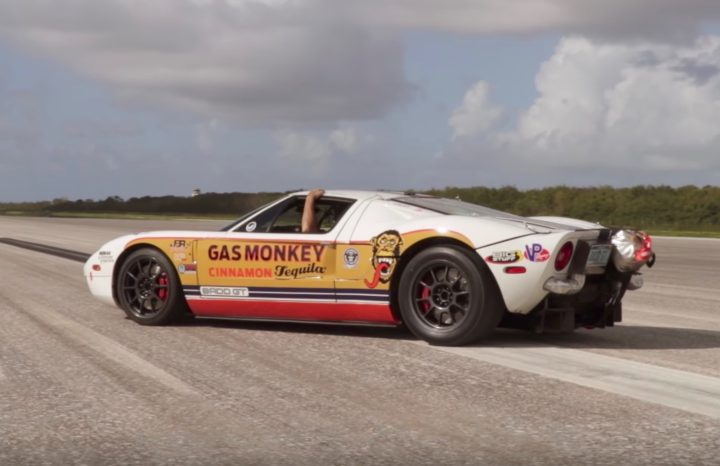 In standard form the new Ford GT comes with a 3.5-litre EcoBoost twin-turbo V6 that churns out 482kW. This is pretty freakin’ potent as it is. But that’s not enough, according to BADD GT. The team wanted to show the world the full potential of the old model.

As a result of lots of spanner work, the V8 engine is tuned to develop an insane 2013kW. With a Vbox Sport attached to the windscreen, the owner Johnny Bohmer headed to the Kennedy Space Centre to test out its potential.

Although the record wasn’t verified by the Guinness World Records, but as you can see in the video below the GT has no trouble passing straight past 450km/h, and even nudges 470km/h. Check it out below. The craziest part of it all is that it’s a street-legal build.