Images of the upcoming 2018 Toyota Supra have surfaced on social media, showing the new sports car in prototype form as it continues undergoing stringent testing. 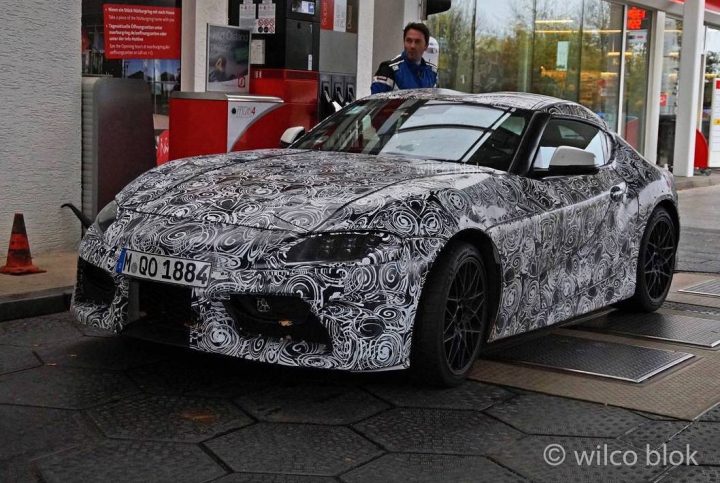 If you haven’t heard, Toyota is working on a new Supra. It’s a project being put together along with BMW. Yes, BMW and Toyota have signed a co-development deal which will see BMW launch its next-gen Z4 on the same platform as the Supra.

Seen here in prototype form, thanks to wilcoblok Instagram page, the new model will carry over the traditional sports car profile. There’s a long bonnet and short rear end, with short front and rear overhangs.

We can see some of the details, such as the LED headlights and slimline LED taillights, as well as an aggressive lower front bumper bar with two distinct intakes and a ‘missing tooth’ in the middle. There’s also a small cabin glasshouse area, like what’s seen on the last Supra.

Powertrains are set to include 2.0-litre turbo four-cylinder unit in the form of the ‘3.0i’, producing around 180kW, as well as a ‘4.0i’ model featuring BMW’s 3.0-litre turbo inline six. This engine is expected to produce around 250kW and 500Nm, like in the current BMW M140i.

There is some evidence that suggests the new Supra will come with an automatic transmission only, with no manual option. This might be the case for some markets only, or all markets, we just don’t know at this point.

Sales will commence in 2018, with an official debut likely to take place at the North American auto show in January. 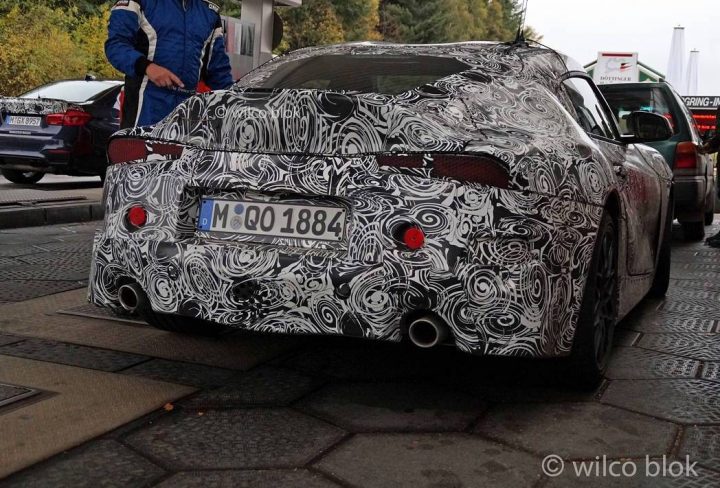